A passenger jet crash in Iran on Wednesday killed 176 people, including dozens of Canadians, leaving communities across the country grieving and Ottawa facing enormous obstacles in probing one of the largest air disasters involving Canadians in decades.

There were 138 people destined for Canada when the Ukraine International Airlines Boeing 737-800 went down near Tehran just minutes after takeoff. At least 63 passengers were confirmed Canadians, according to officials, but scores of others appear to have lived, studied or worked in Canada while others had ties through family.

Among the victims were academics and students returning from holidays, a bride and groom coming back from their wedding and families with young children.

Not since the Air India disaster of 1985, when 280 Canadians were among the 329 killed, have so many Canadians lost their lives in an aviation disaster.

The cause of the latest deadly crash remains unknown. Ottawa’s efforts to investigate and offer assistance to families of the victims will be severely hampered by the fact that Canada has no diplomatic representation in Iran. Adding to the challenges, Iran has yet to hand over the black boxes it recovered from the wreckage of the Boeing 737-800 to its American manufacturer.

Prime Minister Justin Trudeau said the crash has reverberated across the country.

“On behalf of all Canadians, I want to express my deepest condolences to those who are mourning the loss of a loved one,” Mr. Trudeau said at a news conference in Ottawa on Wednesday. “Your loss is indescribable. This is a heartbreaking tragedy.”

The then-Conservative government closed the Canadian embassy in Tehran and expelled Iranian diplomats from Canada in 2012, citing the country’s nuclear program and human-rights violations. The Liberal government has not re-established those ties. That means Ottawa is now dependent on Ukraine and other countries with diplomatic ties to Iran to lead the investigation.

Many countries have stepped up to offer assistance, including Italy, Australia and France, Mr. Trudeau said. “Canada will be part of that investigation, not only because we have the expertise, but because we have suffered such a significant loss of lives for our citizens.”

The plane went down amid an escalating conflict between the United States and Iran. Ukraine International Airlines Flight 752 crashed less than four minutes after taking off from Imam Khomeini International Airport at 6:12 local time on Wednesday morning. Data on the flight radar website show the plane taking off as normal, and rising to an altitude of 7,925 feet before it suddenly stopped broadcasting its co-ordinates.

Amateur videos posted on social media showed what appeared to be a small fire in the sky, followed by a larger fire and then the bang of an explosion.

The plane took off just hours after Iran’s Revolutionary Guard fired a dozen missiles at two U.S. military bases in neighbouring Iraq. Mr. Trudeau said he condemns the missile attacks but is relieved that all personnel deployed in Iraq are safe. There was no immediate evidence of a connection between the hostilities and what happened to Flight 752. 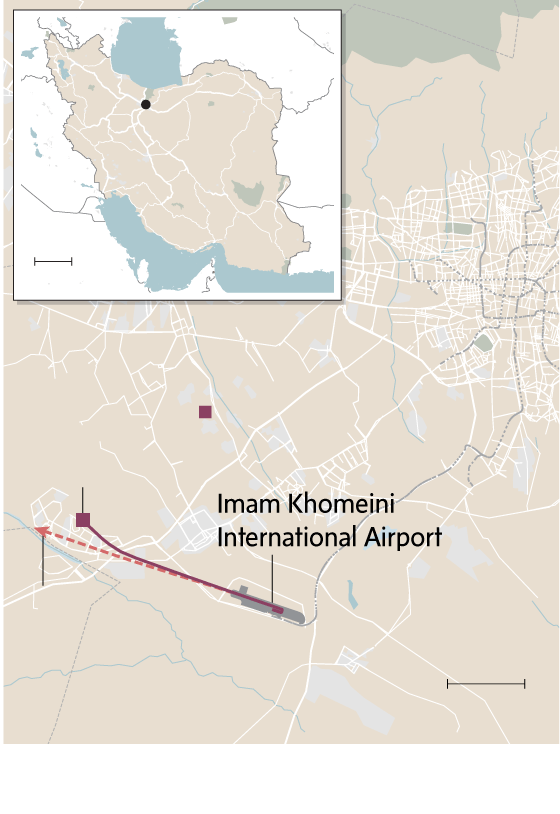 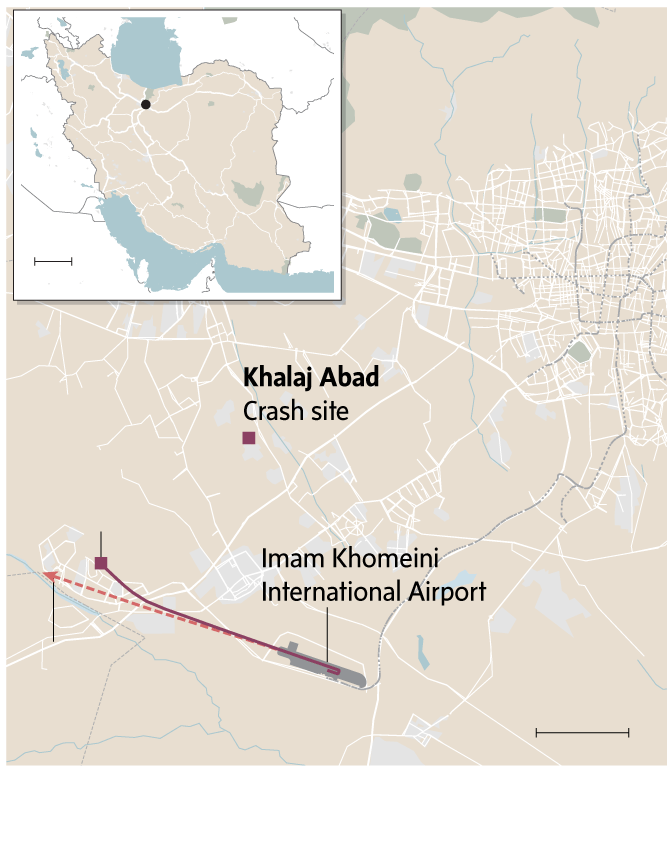 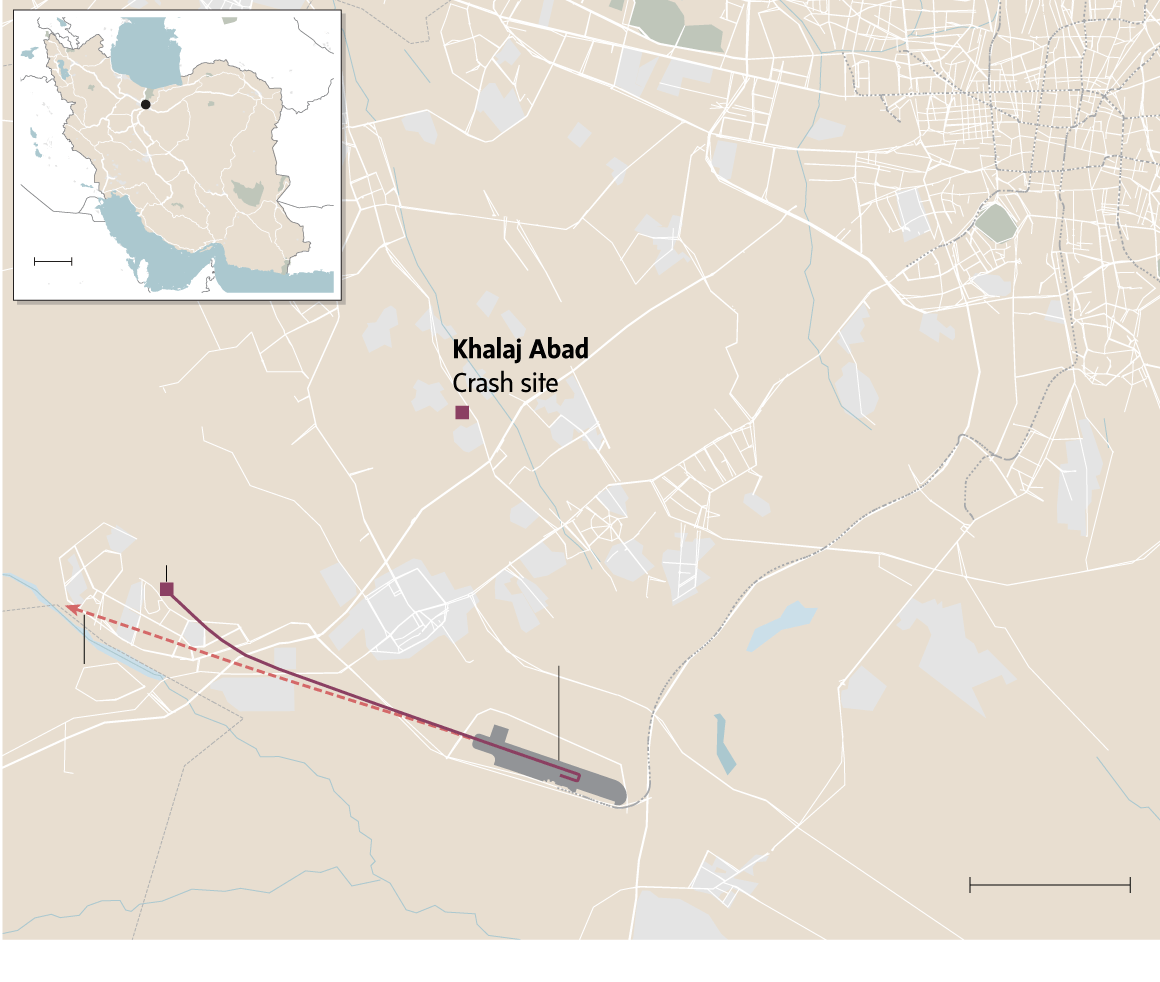 Initial statements from Ukraine about what happened to the flight were contradictory. In a statement on its website, the Ukrainian embassy in Tehran initially said the crash was due to engine failure. However, the statement was later deleted and the airline said it was still probing the cause of the crash and cancelling all flights to Tehran in the meantime.

Ukraine and Iran are to jointly investigate the cause of the crash, but Iran has initially refused to hand over the black boxes it recovered from the wreckage of the Boeing 737-800 to its American manufacturer. Boeing, like other plane makers, usually assists air-crash investigations.

Transport Minister Marc Garneau said at the news conference with Mr. Trudeau that there could be “multiple reasons” for the crash.

“We cannot speculate at this point as to the cause of the tragic air accident,” Mr. Garneau told reporters. “The indications we have from satellite data … suggest that it took off in a normal fashion. However, we lost contact with it, suggesting that something very unusual happened.”

Canadian aviation officials have reached out to Ukraine to offer their expertise in probing the crash, Mr. Garneau said. But he conceded that they are missing key information that could shed light on the cause of the crash, including the black boxes. One of the boxes, he said, contains a recording of the conversation between the pilot and the control tower.

"We’re scrambling to get as much information as we can, but it’s going to take a little while to get answers,” Mr. Garneau said.

Asked by reporters if he could categorically say the plane had not been shot down, Mr. Trudeau responded: “I cannot. It’s too early to speculate.”

The Iranian Red Crescent said there was no chance of finding any survivors. Photos and video from the scene of the disaster showed debris from the plane strewn across farmland south of Tehran. Clothing, luggage and children’s toys were scattered among twisted chunks of metal.

David Turpin, president of the University of Alberta, told reporters on Wednesday afternoon that he cannot confirm the exact number of individuals involved at this time. “This is a grave loss,” he said. “Words do not express the grief we are feeling on campus.”

Thirty-three of the deceased were under the age of 20, according to an official passenger list released by UIA.

In its statement, UIA said the plane that crashed Wednesday had been built in 2016, and had last been serviced two days before the disaster. UIA said both pilots had thousands of hours’ experience flying Boeing 737 aircraft.

The Boeing 737-800 is part of the same aircraft family as the 737 Max plane that has been grounded worldwide since March after two deadly accidents. The Boeing 737-800 is an older model. Unlike the Max, which has problems with a flight-control system, the 737-800 has been seen as a reliable workhorse.

Robert Clifford, a lawyer representing families who lost loved ones when a Boeing 737 Max jet crashed last March in Ethiopia, expressed his condolences to the families of the latest crash. “When shall we wake up from this nightmare? We shudder thinking of what the families are going through.”

View more suggestions in Following Read more about following topics and authors
Follow Karen Howlett, Mark MacKinnon and Joe Friesen on Twitter @kahowlett @markmackinnon @FriesenJoe
Report an error Editorial code of conduct
Due to technical reasons, we have temporarily removed commenting from our articles. We hope to have this fixed soon. Thank you for your patience. If you are looking to give feedback on our new site, please send it along to feedback@globeandmail.com. If you want to write a letter to the editor, please forward to letters@globeandmail.com.
Comments