For years, decades even, James Bradburne has asked himself a fundamental cultural question: Are museums for one-time visitors or long-term users?

On Sept. 15, 2020, three months after the waning Italian pandemic allowed the grand museum that he directs, Milan’s Pinacoteca di Brera, to reopen, he answered his own question by ending single-visit ticket sales. As far as he knows, the Brera, as it is widely known, was the first top-tier European museum to do so.

The Brera would kill off the physical-visit ticket model as the prime measure of the museum’s value; it would instead become a community based institution, like a library, where the clients would buy annual memberships that would allow them to experience the museum physically or digitally – 24/7 access that, incidentally, would make it pandemic-proof.

“Before, we were just counting visitors – that was the barometer of our success,” Bradburne, a native of Toronto, told me over morning cappuccino at the Brera’s elegant café in Milan’s historic centre, only few minutes’ walk from the city’s dazzling fashion streets. “My vision of a museum is an instrument of public education. It’s not a new idea and that’s how Napoleon saw the Brera. I want to take this place back to future.”

It was Napoleon who founded the Brera in 1809, after his military jaunts through Italy as a commander of the French revolutionary army (in 1805, when he was emperor, he was crowned King of Italy in Milan’s cathedral). Napoleon saw the Brera as Italy’s Louvre, and as an integral part of Milan’s cultural experience, not a magnet for tourists. Museums as tourist dragnets would not emerge as a concept until the 1970s, with the launch of wide-body jets.

The Brera didn’t quite achieve “Louvre” status – its amazing collection of Renaissance art, including masterpieces by Raphael, Caravaggio, Titian, Mantegna and Bellini, has always been undervalued by the Italian state and the art-loving public. Most of the museum’s recent directors, with the backing of the Italian state, pursued the numbers game to try to lift the Brera into the visitor big leagues. The Brera’s best year was 2019, the year before the pandemic, with 417,000 visitors, a relatively small haul compared to, say, Florence’s Uffizi Gallery, with 4.4 million visitors.

Then there were none.

The Brera closed on Feb. 23, 2020 as northern Italy emerged as Europe’s COVID-19 epicentre (all of Italy would close two weeks later). It re-opened as an online-only museum three days later, and re-opened physically on June 9, only to close again on Nov. 5, when the second wave hit. It reopened again on May 4, 2021, by which time it was a different cultural beast.

Bradburne used the pandemic to accelerate the museum’s transformation from a single-visit model to an annual subscription model, with a heavy emphasis on an enhanced digital experience. “Just as newspapers moved from print to tablets, the museum is finding ways to give the community the ability to order the museum experience at home, online, anytime,” he said.

Bradburne is a larger-than-life character, tall and imposing with a dandyish fashion sense.

On the day we met on a warm September morning, he was wearing a rather conservative gold-coloured waistcoat in a fabric and design inspired by Louis XVI; it was decorated with fleurs-de-lis. Sometimes he goes for wildly colourful, geometric patterns that make him stand out in a crowd like an enormous peacock. The Financial Times once described Bradburne as one of Europe’s snappiest dressers.

Bradburne, who turns 66 this month and is a year short of mandatory retirement in the Italian state museum system, has a job that defies a neat category. Ostensibly an architect, he has had mixed training and careers in architecture, design, education, journalism and showmanship. His job could be described as museologist, though a better description would be gun-for-hire museum mercenary. His expertise – and passion – is taking broken old cultural institutions and making them more user friendly and relevant by thrusting them into the modern age.

The son of a Royal Air Force pilot turned commercial photographer, the young James (who also has U.K. citizenship) lived in Toronto until he was 19 and spent seven years in Vancouver as a radio producer and designer of pavilions at Expo 86. By the 1990s, he was essentially a journeyman museum-fixer-upper and exhibitions consultant.

In the mid-1990s, he was head of design, education and planning at the NEMO Science Museum in Amsterdam, before moving onto Frankfurt’s Applied Arts Museum and Next Generation, a British foundation created by the then Lego boss to promote creativity, learning and play.

His stand-out challenge came in 2006, when he was hired to overhaul the clapped-out but otherwise magnificent Palazzo Strozzi in Florence, built in the early 16th century.

He turned it into an ever-changing, inventive space that held concerts and modern art exhibits – the Jeff Koons “Shine” display kicks off in October – and experimented with weird innovations such as “olfactory labels,” which were custom-designed scents diffused at certain works of art to enhance the viewing experience. He built a radio studio where kids could interview their grandparents about their childhoods and made the Strozzi café and wine bar a must-visit for Florence’s arty types.

Bradburne’s reward was the top job at the Brera, in 2015, and he will admit that its overhaul has not been easy, or fun compared to the Strozzi experience. The Brera, which includes one of Italy’s oldest and most important libraries, was tired, poorly lit, poorly displayed and lacked a café and gift shop. It was – and remains – understaffed.

While many of these shortcomings have been fixed, and the visitor numbers climbed, Bradburne was still not happy. He believed that ticket sales alone were both a betrayal of the Brera’s original mission and would never alone guarantee the museum’s success. In came the annual subscription model, which is known as BreraPlus, and the effort to return the Brera to its community. The digital offering would to allow the museum and all its features to be experienced at any time, even if the pandemic triggers another closure.

BreraPlus costs €15 ($22.42) and allows unlimited access to enhanced digital content for one year and unlimited visits for three months. The digital side, which Bradburne calls “very labour intensive,” gives the viewer a tour of the vaults, where undisplayed art is stored; 26-minute documentaries that feature interviews with art experts; intimate tours of the galleries and the individual works of art, including their rear panels, in high resolution; restorers showing X-rays and infrared images of paintings; book readings for children; and concerts inspired by the works of art.

The latter featured pianist Clive Britton performing Franz Liszt’s Sposalizio in front of Raphael’s “The Marriage of the Virgin,” the artwork that, in the late 1830s, inspired the Hungarian composer to write the piece.

Private sponsors, such as banks, are helping to fund BreraPlus’s enhanced digital products. Subscribers to BreraPlus will also be given a small role in the Brera’s governance, allowing them participate in annual board meetings.

Is it all working? Bradburne will admit his experiment is still too new for a judgment call, but is confident that he is onto something potentially exciting, even revolutionary, in museum culture and expects overall Brera use to climb, raising revenues. “I will admit we are making this up as we go; it’s an experiment,” he said. “I am hoping that what we are doing here will be the equivalent of turning a one-night stand into a long-term relationship.”

As climate disasters come to museums’ doorsteps, curators decide what to save or leave
August 25, 2021 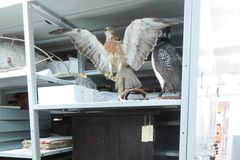 Small museums in Canada evolve to include Indigenous history
July 31, 2021 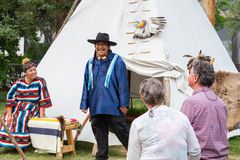 Four must-see shows to catch at Ontario museums and galleries this summer
August 13, 2021 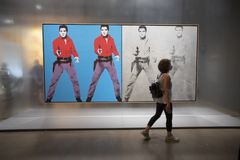