Chinese leader Xi Jinping has issued a new threat to use military force in Taiwan as Beijing intensifies efforts to achieve unification with the self-governing democratic region, holding up Hong Kong as a model for Taipei.

In a major address on Wednesday, Mr. Xi promised economic gifts to Taiwan if it places itself under Beijing’s rule, saying “with the great motherland’s support, Taiwan compatriots’ welfare will be even better, their development space will be even greater.”

What China calls “reunification” should happen peacefully and Beijing would protect Taiwan’s freedoms, Mr. Xi said, specifically pointing to the Hong Kong model of “one country, two systems” as a Taiwanese solution.

It was a notion that Taiwan’s President Tsai Ing-wen immediately rejected Wednesday amid concern that Mr. Xi is directing what Lai I-chung, who chairs the International Co-operation Council of Taiwan think tank, called a “major policy change.”

“Xi Jinping is eager to take unification with Taiwan as a matter of higher urgency,” Mr. Lai said.

In his speech, Mr. Xi reiterated Beijing’s willingness to use its military power in a region it sees as a renegade province.

China will not “promise to renounce the use of force and reserve the option to use all necessary measures” to forestall Taiwanese independence, he said, directing his comments at those seeking greater autonomy in Taiwan as well as foreign forces – comments seen as a reference to the United States, whose strong ties to Taiwan have made it a key counterbalance to China.

The Chinese President spoke on the 40th anniversary of a 1979 New Year’s pledge by China to halt bombardment of Taiwanese islands in hopes of attaining the “sacred mission” of bringing the two sides together.

Cross-straits ties, particularly economic links, have flourished in the decades that followed. Today, more than 30 per cent of Taiwan’s trade is with China, while some Taiwanese young people have moved to the mainland to seize professional opportunities in the world’s second-largest economy.

At the same time, Taiwan has developed a vibrant democratic system and a deepening sense of local identity that is distinct from China – and, for some, hostile to the authoritarian rule of the Chinese Communist Party.

That trend was broadly seen as an undercurrent in the 2016 election of Ms. Tsai, who calls Taiwan a “nation” and, in a Jan. 1 address, said Beijing “must face the reality of the existence of the Republic of China,” the formal name for Taiwan.

China, meanwhile, has sought to isolate Taiwan under Ms. Tsai, freezing official cross-straits communication, increasing military exercises around the region and persuading a series of diplomatic allies to cut ties with Taipei. Only 16 countries and the Vatican maintain formal relations with Taiwan.

The specifics of Mr. Xi’s address differed little from what his predecessors have said about Taiwan. His words, said Fabrizio Bozzato, a fellow at the Taiwan Strategy Research Association in Taipei, were a “memo” to Taiwan – and the United States – that “China is considering unification the destiny of cross-straits relations."

“And they haven’t given up the use of force,” Mr. Bozzato added. “It was also a message to the Taiwanese voters: In 2020, vote wisely. Don’t nurture any dream of independence.”

But Mr. Xi’s offer of “one country, two systems” for Taiwan is an important indicator that this will form the thrust of China’s efforts in coming years, said Li Zhenguang, professor at the Institute of Taiwan Studies at Beijing Union University.

“This is the first time a Chinese leader has so directly pointed out the feasibility of a Taiwan mode of ‘one country, two systems,’ and so openly vowed China’s will and determination for it,” said Liu Guoshen, who leads the Taiwan Research Institute at Xiamen University.

If Beijing wants to unite with Taipei, it should amend its own system, she said. “We call on China to bravely step forward for democracy, for only by doing so can it truly understand the people of Taiwan’s thinking and insistence.”

China is also pushing for new changes in Taiwan. Mr. Xi, for example, has talked about increasing harmonization, in economic fields such as energy and transportation, but also in legal matters, such as technology standards.

A more confident China threatens to use military force in Taiwan, holds up Hong Kong as a model
January 2, 2019 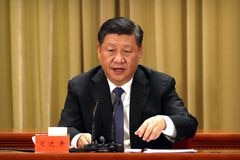 China says military will act ‘at any cost’ to prevent Taiwan split
October 25, 2018 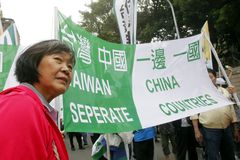 Opinion
Beijing’s alternate reality: where everyone agrees Taiwan is part of China
September 18, 2018 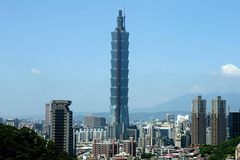