The British government has opened seven mass vaccination centres in soccer stadiums, convention centres and racetracks, in a frantic effort to control a surge in COVID-19 cases that’s close to overwhelming the hospital system.

The centres opened on Monday and will operate 12 hours a day before eventually expanding to round-the-clock. More venues are planned to come on stream in the next few weeks as health officials rush to vaccinate as many people as possible.

Britain is in the grip of an alarming resurgence of the novel coronavirus despite a national lockdown. The number of daily cases has climbed to more than 60,000 several days this month and hospital admissions have reached the highest levels since the pandemic began last March. Since Christmas, more than 13,000 people with COVID-19 have been admitted to hospitals in England and the rate of admissions is running four times higher than normal winter levels.

Sir Simon Stevens, head of the National Health Service in England, told a parliamentary committee on Monday that the virus was spreading out of control in many areas of the country, and that in London “perhaps one in 30” had COVID-19. “So this is a very serious moment for the country and for the National Health Service,” he told members of Parliament.

The situation has become so bleak that some local governments have reopened temporary mortuaries to handle what they fear will be a wave of deaths. One temporary facility at a military base in Surrey, south of London, has dealt with almost 300 bodies since Dec. 20 – that’s close to half the number of deceased the base handled from April to June.

Across Britain, nearly 1,000 people have died from the virus every day this month, on average, and there have been more than 80,000 deaths in total so far, the highest tally in Europe.

“It’s a race against time,” British Prime Minister Boris Johnson said Monday as he toured one of the vaccination centres in Ashton Gate Stadium in Bristol. “We can all see the threat that our [National Health Service] faces, the pressure it’s under, the demand in intensive-care units, the pressure on ventilated beds, even the shortage of oxygen in some places.”

On Monday, the government laid out an ambitious plan to vaccinate roughly 15 million people by mid-February, including all care home residents, front-line hospital workers and everyone over 70. Those groups account for more than 80 per cent of all COVID-19 deaths, the government has said.

To reach the target, health officials aim to ramp up vaccinations to around 200,000 a day at 2,700 sites across the country, including hospitals, doctors offices, pharmacies, sports arenas, hotels, theatres and conference centres. There are also plans to set up “roving vaccination teams” to inoculate people where they live.

Health Secretary Matt Hancock said on Monday that 2.6 million doses have been administered so far, an increase of more than one million in just a week. He added that in the past four days, the number of shots a day had averaged 210,000. “We’re on track to meet that target [of 15 million],” he said during a televised news conference. “It’s not going to be easy but we are going to get there.”

Mr. Hancock added that the government was also committed to vaccinating every adult in the country by fall.

The government has also been under increasing pressure from public-health experts to tighten lockdown restrictions. Transportation figures show far more people have been driving and using public transit since the latest lockdown began after Christmas compared with the first lockdown in March. Parks in London and elsewhere have also been packed.

The current lockdown is less restrictive than the one in March and there have been calls to eliminate several exemptions, such as allowing people to exercise with another person, keeping nurseries open and permitting most construction work to continue, including home renovations.

Mr. Hancock didn’t rule out tightening the measures, but for now the government has concentrated on encouraging people to follow the rules. “We keep these things under review and we have demonstrated that we’re willing to tighten the rules if they need to be tightened,” Mr. Hancock said. “But the thing that really matters right here, right now is that everybody follows the rules as they are today.”

Police departments have also been told to increase enforcement and the government has started running advertisements to reinforce the “stay-at-home” message featuring Chris Whitty, England’s Chief Medical Officer. Supermarket chain Morrisons also said on Monday it will refuse to serve customers who don’t wear masks. “Those who are offered a face covering and decline to wear one won’t be allowed to shop at Morrisons unless they are medically exempt,” chief executive officer David Potts said.

NHS England plans to vaccinate all frontline staff against COVID-19 in next few weeks
January 9, 2021 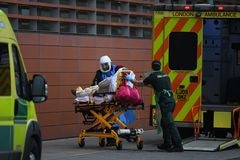 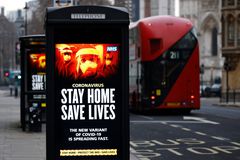 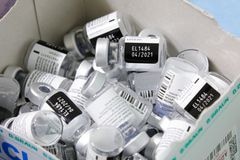