Liu Yuhong woke up Monday to a familiar yet unsettling stream of messages on his phone. His home in Tonghua, a Chinese county that borders North Korea, had been locked down – again. Authorities ordered everyone to stay home, following the discovery of new COVID-19 cases in the area. Roadblocks cut off village access roads. Government workers and neighbourhood volunteers maintained patrols to ensure no one left their doors, while promising to deliver groceries and other supplies.

“We had a similar experience in the first few months of 2020, right after the outbreak of the pandemic,” said Mr. Liu, who runs Maple Leaf Mountain Villa, a resort now shuttered. Now, long after the first lockdown passed, local authorities have confirmed 164 cases in Tonghua in the past week.

“But things are obviously much more intense this time,” Mr. Liu said. Last year, people in Tonghua could leave home if they carried proof of residence. Today, “everything has been painted over with a stop sign.”

Jan. 23 marks the one-year anniversary of the lockdown of Wuhan, a government-mandated straitjacketing of an entire city that created global shockwaves in the early days of an epidemic outbreak that had yet to touch most of the world.

Since then, China has deployed an arsenal to confront the virus: universal cellphone-tracking apps, digital log-in systems to register people’s movements, sophisticated track-and-trace services and an immense testing capacity that can screen millions of people a day for COVID-19.

Authorities have employed all of those tools to counter a small second wave, with 1,674 active cases.

But they have also made concerted use of “closed-off management” with some 11 regions under what state media called “de facto lockdown measures.”

In the Hebei city of Shijiazhuang, where a larger outbreak has prompted two rounds of COVID-19 tests for all residents, schools are closed and flight and rail schedules cancelled; for a while, university students were left stranded on streets, barred from their campuses and unable to return home. One man was briefly tied to a tree when he insisted on finding cigarettes to purchase.

“Most of the cases currently present in China are small clusters or outbreaks of infection caused by imported cases. With this pattern of virus transmission, our city lockdown measures can directly help single out the sources of infection,” said Lu Jiahai, a professor at the Sun-Yat-Sen University School of Public Health.

The Chinese approach to COVID-19 has differed considerably from those in Western democracies.

Critics have called the Chinese approach overly harsh, particularly after it placed much of the world’s most populous country on lockdown early last year, occasionally even enforcing stay-home orders by welding the doors of people’s houses.

But the enforcement of rigid lockdowns has allowed China to so thoroughly diminish virus transmission that the intensive measures have been limited in their duration. Indeed, across China, life has largely returned to normal since late last spring, largely sparing Chinese citizens the repeated cycles of stiffening and relaxing measures that have engendered prolonged economic pain and growing anger in many Western countries, even as the number of COVID-19-related deaths continue to rise.

China, by contrast, has reported a single COVID-19 death in the past eight months. On Monday, the National Bureau of Statistics reported 2.3 per cent GDP growth in 2020. In Australia, Melbourne similarly employed a harsh lockdown last year to beat back an outbreak.

“Lockdowns, when done thoroughly, obviously work,” said Dale Fisher, a professor of medicine at the National University of Singapore, who was among the 25 delegates in a World Health Organization mission to China last February.

China is “not trying to live with the virus. They’re trying to keep it out,” he said.

Late last year, a group of experts called on Canada to take a tougher “Canadian Shield” approach, by imposing “an effective lockdown until COVID cases are low enough that testing, tracing and isolation can work effectively.”

But the virus spread is already so pervasive that to do so would mean “a severe restrictive lockdown measure for a long time. And at this stage it’s unlikely that it’s going to be accepted,” said Dr. Joanne Liu, a Canadian pediatrician who is the former president of Doctors Without Borders.

Canada and other countries, she said, responded to COVID “upside down,” beginning with milder measures rather than immediately moving to strict enforcement. That provided “a fertile environment for the virus to run loose.”

Still, lockdowns elsewhere have been controversial. “It’s a draconian way to stop the virus,” said Chandrakant S. Pandav, a celebrated Indian scholar who is former president of the Indian Public Health Association. Shutting people in exacts a toll on mental health and deprives those with existing medical problems of proper care, he argues, adding it’s better to “take care of the people who are at high risk and those who have co-morbidities.”

China’s measures “may not be reproducible” in countries without similar systems of social control, said Gabriel Leung, the dean of The University of Hong Kong’s faculty of medicine and one of Asia’s foremost epidemiologists. China’s authoritarian government can easily track people by cellphones registered to national identification cards, while using neighbourhood-level administration to enforce orders.

Prof. Leung expects vaccination to diminish the gravity of the COVID-19 pandemic in other countries until it resembles “a seasonal flu type of severity. Then it will be a whole different world.” But achieving global vaccination is likely to take two or three years, he warned.

In China, meanwhile, vaccines are being delivered at speed, with the government pledging to inoculate 50 million people before Chinese New Year in February and local experts predicting that one billion people will be vaccinated by year’s end – enough to achieve herd immunity.

In the meantime, the shutdowns persist, adding to individual economic misery. Last year, Wang Ya barely scraped together enough revenue to cover rent and other costs at her Qing Xiang Ramen restaurant in Tonghua. The new lockdown means 2021 is not starting off better.

Still, the unbending government response is “understandable, considering the level of threat the virus poses to us now,” she said.

“As the number of positive cases rapidly increases, even if the government let me go out, I would still choose to quarantine at home,” she said. “Lockdown is necessary, and the quickest way to solve the problem.” 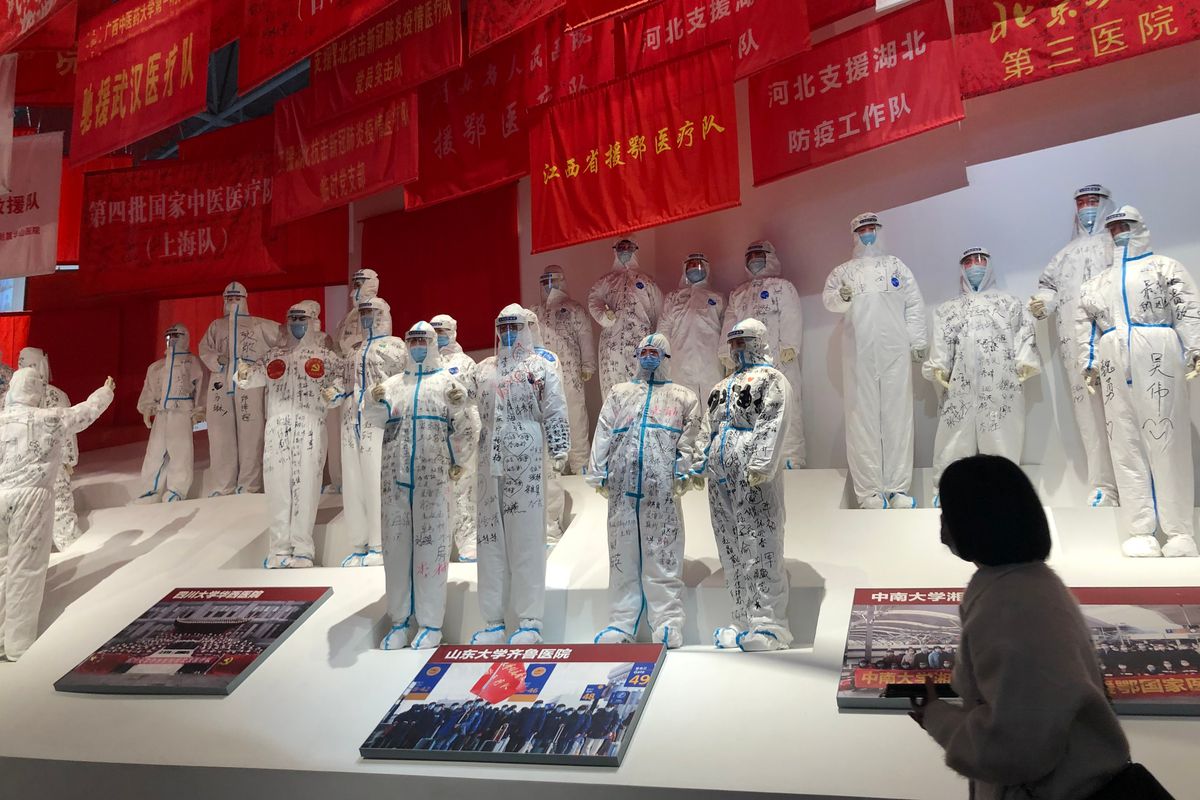 Inside Wuhan, ‘city of victory’

This city was the pandemic’s ground zero, and those who saw the first signs were pressed to keep quiet. Now, Beijing has used the crisis to strengthen faith in Communism – and few in Wuhan will question the new official narrative, Nathan VanderKlippe reports.

Two members of WHO delegation to Wuhan held back in Singapore for more health screening
January 14, 2021
EU criticizes China for jailing citizen-journalist who reported on COVID-19 outbreak in Wuhan
December 29, 2020