Across the Horn of Africa, from northern Kenya to eastern Ethiopia and most of Somalia, a devastating drought has triggered a spike in malnutrition and the looming threat of famine, with millions of people increasingly at risk of starvation.

The drought's causes are a toxic cocktail of the worst ills of the 21st century: civil war, extremism, military invasion, climate change and the COVID-19 pandemic. Farmers are suffering, food prices are soaring and humanitarian supplies are constrained by fundraising shortfalls.

The latest rainy season, from March to May, was the driest on record in the Horn of Africa. Four consecutive rains have failed – a phenomenon without precedent in the past four decades. The next rainy season, normally beginning in October, is also expected to be unusually dry, which would send the crisis spiralling to even more disastrous levels.

Relief agencies, including United Nations agencies, estimate that 18.4 million people are facing "high acute food insecurity" (essentially, the threat of starvation) in Kenya, Ethiopia and Somalia today – and this number is forecast to expand to 20 million by September, a dramatic increase from 14 million earlier this year.

In all three countries, the number of severely malnourished children admitted for treatment in the first quarter of this year was "significantly higher" than in previous years, according to a statement by the humanitarian agencies this month.

The danger of food insecurity is acute across the Horn of Africa. While some areas are rated minimal or stressed by the Famine Early Warning Systems Network …

the majority of the region, projecting into the next four months, is rated at a crisis or emergency level.

And much of northern Kenya would be facing worse outcomes without the current humanitarian assistance in place.

This includes the Turkana region and the Ilemi Triangle, from which photographer Goran Tomasevic reported this story.

More than 1.7 million children are now in urgent need of treatment for acute malnutrition in the Horn of Africa, the UN children's agency UNICEF warned this month. The malnutrition leads not only to wasting – a form of emaciation – but also a weakened immune system and greater risk of disease.

"If the world does not widen its gaze from the war in Ukraine and act immediately, an explosion of child deaths is about to happen in the Horn of Africa," said Rania Dagash, the UNICEF deputy director for Eastern and Southern Africa, at a briefing in Geneva.

In northern and eastern Kenya, an estimated 4.1 million people – a quarter of the population – are in acute need of food. These districts are normally arid or semi-arid, but the latest drought has been compounded by fast-rising food prices and the deaths of about 1.5 million cattle and other livestock.

The Turkana region, in northern Kenya, is one of the driest in the country. The drought has compounded the hardships of people in Turkana. Their reliance on livestock means that when their animals die, their entire livelihoods are at stake.

Nangiro takes water from a hole dug into a dry riverbed in Kataboi, Kenya. During the dry season the river disappears.
Men whose livelihoods were decimated by the dry weather collect carcasses of livestock in Kangitulae, Kenya.

A top United Nations humanitarian official raised concerns about Turkana during a trip to the region last month, joining calls for more resources to address the drought crisis in the Horn of Africa.

"These families have nothing left," said Martin Griffiths, the United Nations Under-Secretary General for Humanitarian Affairs.

"Mothers make impossible choices. The only food available for their children is sometimes from the schools. But to pay the fees, you need to sell livestock. There's no more livestock. The world's attention is elsewhere and we know that, but we must give these people choices for the children to have the slightest possibility to survive to the next day."

In eastern and southern Ethiopia, about 7.2 million people are severely food-insecure because of the drought, and about 2.5 million livestock have died.

But the most catastrophic crisis is in Somalia, where more than 80 per cent of the country is facing severe-to-extreme drought conditions and about three million livestock have died.

A decade ago, Somalia was hit by a famine that killed a quarter of a million people. But the current emergency is, by some measures, even more severe.

Nanugur Kolor, 40, is eight months pregnant and expecting her eighth child. Her livelihood gone, she makes a hut of branches in Kaikor, in the Turkana region of northern Kenya.
Ekaronon helps to collect cattle carcasses in Kangitulae, Kenya.
Thirteen-year-old Edapal has collected fruit growing around Kaikor, Kenya. In the absence of meat, milk and some other staple foods, the family collects what it can locally. This fruit will be stewed for hours before being eaten.

Civil war, fuelled by Islamist militants, has combined with the drought to cause widespread hunger. Food shortages and rising prices, a result of the Russian invasion of Ukraine, have compounded the crisis. And climate change is another key factor in the drought, Somali President Hassan Sheikh Mohamud has said.

“Already we are hearing stories of desperation, with some people telling us they have faced the impossible choice of leaving one child to die to save others,” said Djoen Besselink, the country representative for humanitarian agency Médecins sans frontières (Doctors Without Borders) in Somalia.

Meyen Emoru, 24, sits with friends in Ilemi Triangle. His family still has some cattle and must keep an armed guard to protect the herd from theft or predators.
Two boys in Turkana guard the remaining family cattle.

Hundreds of thousands of Somalis are on the move, walking to displacement camps where they can get food and water. Some families have walked up to 150 kilometres to seek help, with children often dying on the journey and being buried by the roadside, according to MSF.

“For 20 days, we walked while carrying our children,” a 75-year-old Somali man told MSF after arriving at a camp for displaced people in the Lower Juba region. He said his extended family had no money for transportation, and even its donkeys had died in the drought.

A woman finds water to drink from a dry riverbed in Loruth, northern Kenya.

In total, about 7.1 million Somalis – nearly half of the country's population – are now suffering crisis-level food insecurity. Of these, about 213,000 are facing starvation, a sharp increase from an earlier estimate of 81,000 in April, UN agencies say. A growing number of districts across Somalia are at risk of famine, the UN says.

Despite the millions of lives at stake, the humanitarian agencies are struggling to raise funds for the crisis. As of early June, they had raised only 18 per cent of their target of US$1.5-billion for Somalia. Similarly small percentages have been donated for the other countries in the region.

"We're calling on the international community to act fast," said Etienne Peterschmitt, the representative of the UN's Food and Agriculture Organization in Somalia, in a statement this month.

"We are being limited in what we can do to prevent this extraordinary suffering." 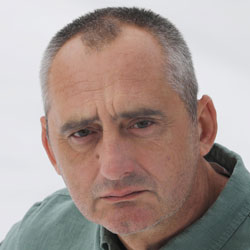 Award-winning Serbian photographer Goran Tomasevic recently joined The Globe and Mail after spending three decades with Reuters, covering the world's biggest stories. His work has been recognized with many prestigious international awards, including a Pulitzer Prize and first prize from World Press Photo.

Here, he describes the motivation for his work, which has taken him from the Balkans and the Middle East to Africa and Latin America: “Today, when words are too often used to conceal the truth, photography stands on the side of reality. In this modern world of conflict, confrontation and concern for the future of our planet, photography's role is more important than ever. A photo speaks the truth.

I have had the chance, and the duty, to encounter the best and the worst of humanity and to record it for all time. Sometimes it has been dangerous, sometimes it has been beautiful and always it has been interesting. My goal has always been to get close enough to the action to do justice to the subjects and to bear witness.”

Title photo: A young girl, forced by drought to relocate with her family, looks out from a partially constructed hut near the village of Loruth, in northern Kenya. Every time the community relocates – usually for better grass for the cattle, or to avoid drought or war – it builds anew. Her family has lost all its cattle to the drought.