The leader of the World Health Organization, responding to U.S. President Donald Trump’s latest volley of verbal attacks on the health agency, has warned of “many more body bags” if the COVID-19 pandemic is politicized.

Tedros Adhanom Ghebreyesus, director-general of the WHO, revealed on Wednesday that he has been targeted with racist attacks and death threats as the agency became embroiled in an increasingly polarized and heated political environment worldwide.

Dr. Tedros, an Ethiopian who won election to the WHO’s top job in 2017, said the personal attacks on him began more than two months ago. “Abuse, or racist comments, giving me names, black or Negro ... even death threats.”

Speaking in often emotional terms at his daily briefing in Geneva, he called for a “quarantine” on divisive political attacks on the novel coronavirus response. “If you don’t want many more body bags, then you refrain from politicizing it,” he said.

He called for global solidarity, warning the world’s countries that they would be “playing with fire” if they try to exploit the pandemic for political purposes. “If you don’t believe in unity, please prepare for the worst to come.”

Mr. Trump, on Twitter and at a news conference Tuesday, threatened to freeze U.S. funding for the WHO – a potentially huge blow to the health agency, as the United States is its biggest single funding source.

He accused the WHO of being biased in favour of China and failing to give early support to his restrictions on travellers from China. He alleged the organization “called it wrong” by failing to move aggressively enough in the early days of the COVID-19 pandemic.

“We’re going to put a hold on money spent to the WHO,” he said. “They seem to be very China-centric. … They seem to err always on the side of China.”

But his criticism was swiftly rejected by political leaders in Africa, where the WHO has been a crucial source of support for battles against Ebola, malaria and other diseases.

The presidents of Rwanda, South Africa, Nigeria and Namibia, along with the head of the African Union Commission, rallied to the defence of the WHO on Wednesday.

“Surprised to learn of a campaign by the U.S. government against WHO’s global leadership,” said a tweet by Moussa Faki Mahamat, chairman of the African Union Commission, which represents 55 member countries.

He said the African Union fully supports the WHO and its director-general. “The focus should remain on collectively fighting COVID-19 as a united global community. The time for accountability will come.”

Later he added: “I certainly do not imply that it is WHO or Dr. Tedros that need to account in this regard.”

Rwandan President Paul Kagame tweeted that he totally agreed with the African Union leader. He said Dr. Tedros had the “full confidence and support of Africa.” He added: “Save us [from] too much politics, Africa does not need it.”

South African President Cyril Ramaphosa said in a tweet that the WHO is providing “exceptional” and “incalculable” leadership, adding that international solidarity is “the most potent weapon” against the pandemic.

Namibian President Hage Geingob added his support for the WHO and Dr. Tedros. “Global solidarity has become critical,” he said on Twitter. “Let’s hold hands in this crucial moment and focus on what matters, saving lives.”

United Nations Secretary-General Antonio Guterres joined the chorus of support for the WHO, calling it “absolutely critical” to the war against the coronavirus. He said the WHO’s response can be debated after the pandemic is over. “Now is not that time. Now is the time for unity.”

Mr. Trump, in a tweet, claimed the WHO is “funded largely by the United States.” This is not true, although it provides almost 10 per cent of the WHO’s annual budget of about US$6-billion.

Despite the accusations from Mr. Trump, the WHO was faster than the United States in declaring an emergency in the coronavirus crisis. It announced on Jan. 30 that the virus was a public-health emergency of international concern. Mr. Trump did not declare a national emergency until March 13.

And while the WHO has been widely criticized for Beijing’s influence over its public statements regarding the coronavirus, its opposition to U.S. travel restrictions imposed on Chinese visitors in early February was not a uniquely pro-China stance.

The WHO and many of its member states, including Canada, have traditionally been reluctant to support travel bans in the early stages of health emergencies because they can inflict heavy damage on economies and hamper the flow of crucial aid to countries suffering from outbreaks. 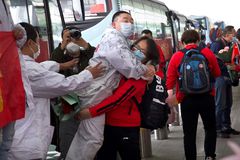 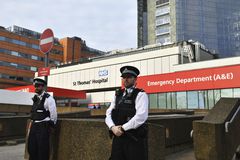 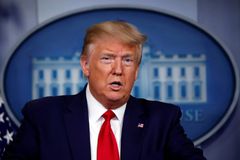