Anxiety rose in Africa as two major airlines announced sweeping cancellations of international flights on Friday over the coronavirus, the continent’s busiest airport blocked foreigners from disembarking and Zimbabwe announced its first case – in one of Africa’s most visited tourist spots. The pandemic now threatens a national health system that has nearly collapsed amid an economic crisis.

South African Airways suspended all international flights until June. Ethiopian Airlines, Africa’s largest carrier, cancelled flights to 30 countries. That airline, which operates a key continental hub, was under pressure from some in Africa’s second most populous country to halt flights to high-risk countries.

Moyo said the 38-year-old had travelled to Britain on March 7, returning home via neighbouring South Africa on March 15. He put himself in self-quarantine upon arrival and later called his doctor after realizing “he was not feeling too well,” the minister said.

Zimbabwe days ago declared a national disaster. Public hospitals even before the pandemic lacked basic items such as gloves, and relatives of patients at times are expected to even provide buckets of water. Doctors at public hospitals recently went on strike for months, saying their pay of roughly $100 a month was not enough to get by in a country with inflation at over 500%.

Zimbabwe’s government has said it is “well prepared” to deal with COVID-19 cases.

Neighbouring South Africa said coronavirus cases jumped to 202, the most in the sub-Saharan region. Five of the new cases had attended a church gathering of more than 200 people in central Free State province. All had arrived from abroad. Authorities were rushing to find other attendees.

Johannesburg’s O.R. Tambo International Airport said aircraft with foreigners “will be contained at an isolated bay with all officials ensuring the utmost care is taken,” following up on travel restrictions announced days ago when South Africa declared a national disaster. It was working with airlines to ensure foreigners’ “return to the country of origin.”

Foreigners across the continent of more than 1.3 billion people face the growing risk of being stranded as countries close borders.

The financially troubled South African Airways announced its immediate suspension of all international flights through May 31 as CEO Zuks Ramasia cited travel bans and plummeting demand. “The increasing risks to our crew of contracting the virus, including the possibility of being trapped in foreign destinations as a consequence of increasing travel bans, cannot be ignored,” she added.

Also Friday, two other African nations announced its first cases, Madagascar and Cape Verde. Thirty-nine countries on the continent now have cases, with a total now well above 900.

So far most of the cases in Africa have been linked to overseas travel. But overnight Niger in announcing its first case highlighted possible regional spread inside the continent. Its citizen had travelled via the West African capitals of Togo, Ghana, Ivory Coast and Burkina Faso.

Tunisia declared a lockdown. Malawi, without a virus case, declared a state of disaster. Nigeria closed three international airports but those in Lagos and the capital, Abuja, remained open. South Sudan closed its schools.

Sierra Leone President Julius Maada Bio directed the military to the international airport and land borders to increase security and “and support compliance with all public health directives” while calling on people not to panic.

“If you cannot do so voluntarily then we will keep you in isolation by force,” Kenya’s health chief, Mutahi Kagwe, has warned. The country ordered bars and nightclubs to close by 7:30 p.m. effective Monday.

Deaths across Africa from the virus reached 22 as Gabon reported its first. No one has died in South Africa, where the health minister said no patient was in intensive care.

All but 23 of South Africa’s cases are in people under age 60. In Cape Town, a major tourist destination, the popular waterfront nearly emptied.

“The virus is going to be with us for quite a while,” the minister, Zweli Mkhize, told reporters. “In fact, it’s going to be one of those viruses that our bodies have to build new immunity to be able to deal with and defeat.”

This is a reality people must face, he said, “but it’s not a reality that says we are facing an apocalypse.”

In Johannesburg one bar patron, Katlego Ramahanetsa, began to worry about the future.

“My business been bad, I’ve been at home because I’m a DJ, so I’ve been just chilling, not doing anything, and now get to start using the savings that you didn’t plan to use,” he said. “And there’s nothing I can do.”

The Associated Press receives support for health and science coverage from the Howard Hughes Medical Institute’s Department of Science Education. The AP is solely responsible for all content. 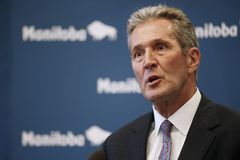 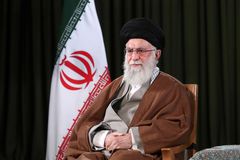 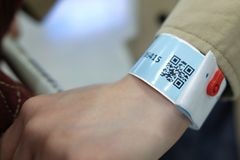