The United Kingdom will formally cut its ties to the EU at 11 p.m. local time – midnight in Brussels – ending 47 years of membership in assorted iterations of the European club. The focus will quickly shift to what comes next and how Britain will forge new relations with Europe and countries around the world.

“This is the moment when the dawn breaks and the curtain goes up on a new act,” Prime Minister Boris Johnson will tell the country in a televised address Friday night. “It is a moment of real national renewal and change.”

Opinion: After Brexit, Britain will be less free and independent

There won’t be much change at first because Britain will enter into a kind of limbo status with the EU: still a dues-paying member of the single market but no longer a participant in the bloc’s institutions. That transition period is to last until the end of the year, and both sides have committed to using the time to negotiate an agreement covering everything from trade and security to fisheries, data management and transportation. If that doesn’t happen, Britain will be entirely outside the EU on Jan. 1, 2021, and commerce with Europe will be governed by World Trade Organization rules.

Perhaps befitting the divisiveness of Brexit, there hasn’t been much jubilation in London or Brussels in the lead-up to Friday’s historic moment. Members of the European Parliament bade farewell to Britain’s 73 MEPs on Wednesday by holding hands and singing Auld Lang Syne. ”We will always love you and we will never be far,” European Commission president Ursula von der Leyen told the assembly. Over at the Council of Ministers, a powerful body of diplomats from member countries, Britain’s deputy EU representative, Katrina Williams, was given a tearful goodbye and a standing ovation. “Switching off the U.K. microphone for the very last time,” Ms. Williams wrote on Twitter. “Over and out.”

Mr. Johnson, too, has been low-key, eager not to be seen gloating. There will be a few more British flags around Parliament Square Friday and a modest light show in the evening with a countdown clock projected on the walls of No. 10 Downing Street. A commemorative coin and stamp are also on offer. But demands from Brexiteers for church bells to ring out across the country were quashed along with calls to interrupt repairs to Big Ben so it could bong at the stroke of 11.

“There’s no kind of crowing,” Foreign Affairs Secretary Dominic Raab told journalists this week. “I think there’s hopefully ambition, optimism but at the same time a sense of community and the importance of bringing the country together.”

That hasn’t pleased Brexit supporters who accuse the government of playing down such a momentous occasion. In response, Brexit Party boss Nigel Farage is holding a rival celebration outside Parliament Friday night with music, entertainment, a light show and a sing-a-long of patriotic songs. He also plans to play a recording at the appointed hour of Big Ben bonging. “Brexit is finally happening,” Mr. Farage told supporters this week. “Join us and make it a night to remember.”

Some Brexiteers, such as John Fisher, can’t wait. “I’m quite glad that we’re now getting rid of some of the European bureaucracy and that we’ll be more independent,” Mr. Fisher said from his home in Norwich. He’ll be joining some friends for a toast at 11 p.m. “I’ll be raising a glass of London dry gin,” he said. “I think that would be a perfect drink to toast our leaving the European Union.”

There are signs the wounds from the Brexit battle remain raw and that the country is still bitterly divided. A group called the New Europeans is holding a candlelit vigil outside the EU office in London Friday to “help give meaning and hope to an occasion which for many of us will also be filled with anger, disappointment and sadness.” And in Scotland, a letter signed by 66 leading pro-EU figures, including actor Brian Cox, vowed to continue pushing for close ties to Europe. “We profoundly regret, and continue to oppose, the damaging U.K. process of leaving the EU. We remain citizens of the EU in our hearts,” the letter said.

Craig Jones will be among those mourning on Friday. “It will be a day of reflection, as I still believe this a decision the country will live to regret,” said Mr. Jones, who campaigned in Scotland for Britain to remain in the EU. “I believe the debate isn’t over, but will now move on.”

Brexit is certainly far from over – there are plenty of challenges ahead. Mr. Johnson has promised to negotiate a comprehensive trade agreement with the EU before Dec. 31 and has ruled out an extension. Few experts believe that’s possible, and many business leaders fear another cliff edge is looming. The economy has also ground to a halt and, on Thursday, the Bank of England said it didn’t expect much growth for the next three years, even if a trade deal were struck.

Regional tensions have also soared. A poll in Scotland this week put support for independence at more than 50 per cent for the first time in five years. There’s growing talk of independence in Wales, as well, and concern in Northern Ireland about how Brexit will affect the movement of goods between the province, Ireland and the rest of Britain. And even though Mr. Johnson’s Conservatives won an overwhelming majority in last month’s election, he offered little in the way of a vision beyond promising to “get Brexit done.”

“There are questions as to whether [the Conservative election platform] was deliberately defensive, and some would say limited, or whether actually it betokens a lack of serious long-term thinking on the part of Boris Johnson," said Tim Bale, a professor of politics at Queen Mary University of London.

For now, people such as Mark McDowell are just happy the Brexit debate has subsided, at least for a while. He supports leaving the EU but he’s ambivalent about Friday. “It was getting to the point where nobody cares to be honest with you because it dragged out that long,” he said from Downham Market in eastern England. “I think everything is going to be all right. Yeah, we’ll be all right, won’t we.” 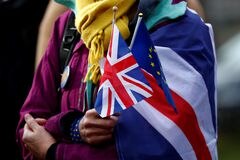 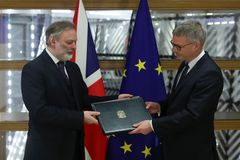 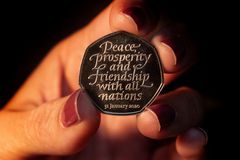