U.S. and Afghan airstrikes hit Taliban targets overnight in southern Helmand province in an effort to dislodge the insurgents after they captured much of the provincial capital of Lashkar Gah, officials said Wednesday.

The United Nations and Human Rights Watch asked both sides to take care to prevent civilian casualties as the fighting rages on. The Taliban have waged a fierce push over the past months as U.S. and NATO forces complete their pullout from the war-torn country. They have taken large swaths of land and have now turned their guns on larger urban centres.

Ghulam Wali Afghan, a lawmaker from Helmand, told The Associated Press that his relatives and constituents in Lashkar Gah have told him of bodies in the streets and residents hiding inside their homes, too afraid to venture out and collect the dead.

After a night of heavy airstrikes, the Defense Ministry said Wednesday that the Taliban have suffered heavy losses in Lashkar Gah, though there was no immediate way to confirm that statement. Taliban spokesman Zabihullah Mujahid denied the losses.

The authorities did not say whether Afghan forces have retaken back territory. On Tuesday, residents and officials had said the Taliban control nine out of 10 districts in the city.

The fall of Lashkar Gah would be a major turning point in the Taliban offensive and it would also be the first provincial capital to be captured by the insurgents in several years. The fighting this week has kept residents of Lashkar Gah trapped and hunkered down inside their homes.

On Wednesday, the province’s hospital chief, Sher Ali Shakir, urged people to remain in their houses, saying that in past 24 hours at least seven civilians were killed and 101 were wounded. Most of the injuries were bullet wounds, he said.

The airstrikes late Tuesday and ongoing street battles in Lashkar Gah have destroyed several houses and markets. The Helmand provincial council chief, Attaullah Afghan, charged both sides with ignoring the safety of civilians.

Earlier Tuesday, a dramatic call for people to evacuate the neighbourhoods captured by the Taliban came from the Afghan forces’ commander for Helmand, Gen. Sami Sadat, who in an audio message shared with journalists asked the residents for forgiveness for the hardship they are going through.

“We will not leave the Taliban alive, Sadat said. “I know it’s hard ... we do it for your future. Forgive us if you get displaced for few days, please evacuate as soon as possible.”

Lashkar Gah is one of three provincial capitals under siege by the Taliban as they stepped up their onslaught against government forces. The push on the cities came after the Taliban swept through dozens of districts across the country, many in remote and rural, sparsely populated areas. Along with Lashkar Gah, the provincial capitals of Herat, in western Herat province, and Kandahar, in southern Kandahar province have also been under Taliban attack.

Save the Children’s country director for Afghanistan said the aid group was “devastated by reports that 18 civilians, including women and children, have been killed during airstrikes on the city of Kandahar.”

Christopher Nyamandi, citing local media reports, said “some 49,000 people have been displaced since the violence flared up yesterday, including an estimated 29,400 children.” He said that Save the Children was providing aid to the displaced families.

There was no confirmation from the government on the report of 18 civilians killed.

In Herat, Afghan forces pushed the Taliban out of the city but were badly needing new supplies, according to Omar Nasir Mujadidi. He said Wednesday that pro-government militias, led by U.S.-allied warlord Ismail Khan, were aiding the Afghan security forces but need additional weapons. He said the government promised another 2,000 weapons for Khan’s followers.

The fighting in Herat in the last week has killed 34 people and wounded more than 150, said physician Mohammad Aref Jalali, the provincial hospital chief in Herat. 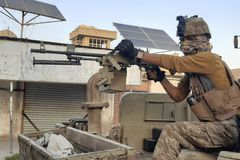 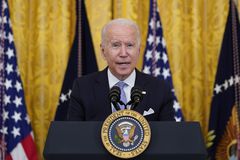