Argentina’s groundbreaking abortion law went into force Sunday under the watchful eyes of women’s groups and government officials, who hope to ensure its full implementation despite opposition from some conservative and church groups.

Argentina became the largest nation in Latin America to legalize elective abortion after its Senate on Dec. 30 passed a law guaranteeing the procedure up to the 14th week of pregnancy and beyond that in cases of rape or when a woman’s health is at risk.

The vote was hailed as a triumph for the South American country’s feminist movement that could pave the way for similar actions across the socially conservative, heavily Roman Catholic region.

But Pope Francis had issued a last-minute appeal before the vote and church leaders have criticized the decision. Supporters of the law say they expect lawsuits from anti-abortion groups in Argentina’s conservative provinces and some private health clinics might refuse to carry out the procedure.

“Another huge task lies ahead of us,” said Argentina’s Minister of Women, Gender and Diversity, Elizabeth Gomez Alcorta, who has acknowledged there will be obstacles to the law’s full implementation across the country.

Ms. Gomez Alcorta said a telephone line will be set up “for those who cannot access abortion to communicate.”

The Argentine Catholic Church has repudiated the law and conservative doctors’ and lawyers’ groups have urged resistance. Doctors and health professionals can claim conscientious objection to performing abortions, but cannot invoke the right if a pregnant woman’s life or health is in danger.

A statement signed by the Consortium of Catholic Doctors, the Catholic Lawyers Corporation and other groups called on doctors and lawyers to “resist with nobility, firmness and courage the norm that legalizes the abominable crime of abortion.”

The anti-abortion group Unidad Provida also urged doctors, nurses and technicians to fight for their “freedom of conscience” and promised to “accompany them in all the trials that are necessary.”

Under the law, private health centres that do not have doctors willing to carry out abortions must refer women seeking abortions to clinics that will. Any public official or health authority who unjustifiably delays an abortion will be punished with imprisonment from three months to one year.

The National Campaign for the Right to Legal, Safe and Free Abortion, an umbrella group for organizations that for years fought for legal abortion, often wearing green scarves at protests, vowed to “continue monitoring compliance with the law.”

“We trust the feminist networks that we have built over decades,” said Laura Salome, one of the movement’s members.

A previous abortion bill was voted down by Argentine lawmakers in 2018 by a narrow margin. But in the December vote it was backed by the centre-left government, boosted by the so-called “piba” revolution, from the Argentine slang for “girls,” and opinion polls showing opposition had softened.

The law’s supporters expect backlash in Argentina’s conservative provinces. In the northern province of Salta, a federal judge this week rejected a measure filed by a former legislator calling for the law to be suspended because the legislative branch had exceeded its powers. Opponents of abortion cite international treaties signed by Argentina pledging to protect life from conception.

Ms. Gomez Alcorta said criminal charges currently pending against more than 1,500 women and doctors who performed abortions should be lifted. She said the number of women and doctors detained “was not that many,” but didn’t provide a number.

“The Ministry of Women is going to carry out its leadership” to end these cases, she said.

Tamara Grinberg, 32, who had a clandestine abortion in 2012, celebrated that from now on “a girl can go to a hospital to say ‘I want to have an abortion.’”

She said when she had her abortion, very few people helped her. “Today there are many more support networks … and the decision is respected. When I did it, no one respected my decision.”

While abortion is already allowed in some other parts of Latin America – such as in Uruguay, Cuba and Mexico City – its legalization in Argentina is expected to reverberate across the region, where dangerous clandestine procedures remain the norm a half century after a woman’s right to choose was guaranteed in the U.S. 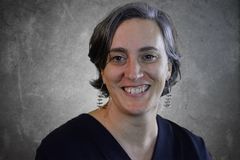 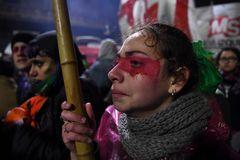 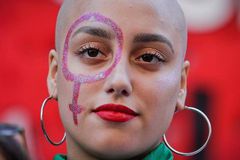