As a surge of social-media disinformation begins to jeopardize health efforts to fight the COVID-19 pandemic, some African countries are reacting with a new tactic: criminal charges and threats of imprisonment for the spreaders of falsehoods.

The flood of conspiracy theories – largely on Facebook, Twitter and WhatsApp – is hampering a crucial campaign to expand testing for the coronavirus in South Africa, where many people are now refusing to have it done.

It has also sparked opposition to Chinese medical aid in Nigeria, led to the destruction of a virus screening centre in Ivory Coast and triggered hostility to international groups that are developing vaccines.

South African police, in response, have arrested eight people for disseminating false information, including a 55-year-old Cape Town man who appeared in court on Tuesday after posting a message on WhatsApp in which he urged people to refuse to be tested for the coronavirus, falsely claiming that the tests could spread the virus. Under emergency laws, he faces up to six months in prison if convicted.

In Botswana, under emergency powers legislation, a man has been charged with using WhatsApp to spread a false rumour about a death from the pandemic. In Kenya, a man was arrested for allegedly publishing false claims that the government was lying about a virus case.

Human-rights groups have criticized the emergency regulations as excessive and dangerous. And the arrests seem to be ineffective: The disinformation has continued relentlessly, despite the criminal charges.

Much of it is fuelled by a mistrust of governments and scientists. After the arrest of the Cape Town man, Twitter was immediately filled with dozens of tweets from South Africans who insisted that his claims were correct.

But another reason for the popularity of the conspiracy theorists is their shrewd ability to tap into the underlying anger over colonial and neo-colonial interference. After centuries of outside meddling in the continent, it has been easy to convince many Africans that foreigners are again targeting them.

This led to one of the most explosive and widely spread falsehoods: the much-repeated claim that international organizations such as the Bill and Melinda Gates Foundation are using Africa as a testing ground for a coronavirus vaccine.

Trevor Noah, the South African comedian and talk-show host, said he received death threats connected to the rumours after he interviewed Bill Gates this week – even though Mr. Gates said nothing about Africa as a vaccine testing place.

The African Transformation Movement, a South African political party with reported links to former president Jacob Zuma, sent a bizarre letter to President Cyril Ramaphosa this week in which it was suggested that Mr. Gates was secretly plotting to “depopulate the continent” by distributing contaminated face masks and using Africans as “guinea pigs” for a vaccine.

Similar claims were made by several popular Twitter accounts in South Africa, including an anonymous account with more than 860,000 followers.

South African health officials said this week that the falsehoods were hindering their effort to expand testing for COVID-19. Many people were reluctant to be tested and had to be begged to co-operate, they said.

The use of disinformation to turn people against the testing campaign is “destructive and criminal,” said Siviwe Gwarube, member of parliament for the opposition Democratic Alliance party.

Ryan Cummings, a director of Signal Risk, an Africa-based political and security risk consultancy, noted that the spread of disinformation has caused severe problems for health efforts in Africa in the past. Health workers who fought to contain polio outbreaks in Nigeria and the Ebola outbreak in the Democratic Republic of the Congo were hampered by false rumours that they were secretly inflicting harm on people.

“Disinformation of this nature can spread faster than any virus and ends up costing lives, both of communities in dire need of medical services and the front-line workers administering health interventions,” Mr. Cummings said.

Because of the frequent use of encrypted messages to spread false information about issues such as the coronavirus, WhatsApp announced on Tuesday that it will be imposing limits on the forwarding of texts.

When messages have already been forwarded to a chain of five or more people, they will be marked and limited, so that they can only be sent on to individuals.

“We’ve seen a significant increase in the amount of forwarding, which users have told us can feel overwhelming and can contribute to the spread of misinformation,” the company said on its blog. 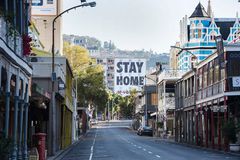