At the Liutianbao Pharmacy, one of the biggest dispensaries of traditional Chinese medicines in virus-stricken Wuhan, the shelves are practically bare of honeysuckle, the dried fruit of the weeping forsythia, eupatorium and patchouli.

At Changsheng Pharmacy, the shelves have been picked clean of Mongolian milkvetch and Chinese bellflower, after a run on traditional herbal remedies prompted in part by promises from local health leaders that Chinese medicine can arm people with an herbal immunity to a deadly virus that has stoked fear around the world.

“People have bought whatever can possibly be helpful for their health and safety,” said Meng Juan, a worker at Changsheng Pharmacy.

The novel coronavirus, also known as the Wuhan 2019-nCoV virus, had killed 132 and infected many more as of Tuesday, with 5,989 confirmed cases in China and a further 9,239 suspected cases. The country has relied heavily on Western methods to combat the virus, with hospitals employing equipment and medicine that would not be unfamiliar in Canada. Scientists in China and around the world are searching for a drug that can tackle the 2019-nCoV virus, sifting through dozens of potential candidates, including anti-HIV drugs, an anti-schizophrenia medication and an immunosuppressant.

But at the epicentre of the virus in Wuhan, many are turning to local remedies, guided in part by health leaders in Hubei province who have described “significant” benefits from mixing Chinese and Western medicine.

The two recommended formulations include black atractylodes rhizome (used in Chinese medicine to dry dampness), along with extracts of honeysuckle (to clear inflammation), tangerine peel (to disperse phlegm), raw astragalus (to boost immune response) and several other herbs.

The recommendations are almost identical to a formulation promoted in 2003 in response to the spread of the SARS virus, which is a coronavirus genetically similar to the Wuhan virus.

About half of patients took Chinese medicine in addition to Western treatments for SARS, according to a study by Ping-Chung Leung, a top scholar at the Institute of Chinese Medicine at the Chinese University of Hong Kong.

Since then, China has set out on a broad campaign to boost Chinese traditional medicine worldwide, linking it to the vast international infrastructure spending under its Belt and Road initiative. By this year, Chinese authorities want to see 30 Belt and Road centres for traditional Chinese medicine services and education. Chinese President Xi Jinping has frequently called for the development and international promotion of Chinese medicine.

In China, the use of traditional solutions against SARS has received particular scholarly attention.

But numerous studies have offered little conclusive evidence on their effectiveness. Prof. Leung reviewed 130 academic articles, 90 of which he deemed to have “sufficient information for the enlightenment of the situation.” Together, they “revealed positive but inconclusive indications.” The use of Chinese medicine could help control fevers, clear chest infection more rapidly and provide relief of some symptoms, he wrote.

A 2003 study by German researchers, meanwhile, found that an extract of licorice root could prove helpful against SARS.

For authorities in Wuhan to counsel use of traditional Chinese medicine “makes sense,” so long as it is in conjunction with Western drugs, said Jindrich Cinatl, a virologist who co-authored the 2003 study. “In Western medicine, we have drugs that attack just a concrete target,” he said in an interview. “With traditional medicine, you can prevent virus absorption to cells, virus replication and so on.”

But the extract studied by Prof. Cinatl is not on the official list of recommended herbal treatments for the Wuhan virus.

Another study, published in 2012, concluded there was no decrease in SARS mortality for those who added Chinese herbs to Western medical treatment – although some herbs could help relieve symptoms.

Meanwhile, other scholars have identified dangers in using Chinese medicine, particularly during an epidemic.

“There is little evidence for the efficacy of Chinese herbals and considerable evidence for their poor quality control and potential toxicity,” said Donald Marcus, an immunologist who is a professor emeritus at Baylor College of Medicine in Houston. “If people infected with the virus choose to treat themselves, or be treated by traditional Chinese healers, they risk their own survival and they may spread the virus to others.”

Authorities across China have nonetheless advocated the effectiveness of traditional methods against the Wuhan virus. Last Friday and Saturday, the Beijing Municipal Bureau of Health posted to social media information about its use of Chinese medicine to treat two patients with the Wuhan virus. Both were discharged.

In Wuhan, local drug-administration authorities had ordered the Liutianbao Pharmacy to remain open, according to a worker who answered the phone and gave her name only as Ms. Zhang. The lockdown imposed on Wuhan had, however, made it difficult to restock sold-out Chinese medicine, since any driver that delivered new supplies would be unable to leave the city again without a special permit. “The shortfall in medicine is no joke,” Ms. Zhang said. “We can’t meet people’s needs at all.”

But Ms. Meng, at Changsheng Pharmacy, acknowledged that it was hard to know what might be best for the city’s sick.

“Given the seriousness of the virus, it’s very hard to say which medicine will be effective, and whether the recommended prescription will work,” she said.

As a pharmacist, she added, it would be wrong to “guarantee the effectiveness of a certain medicine.” 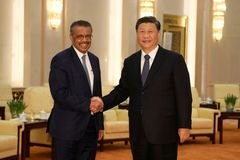 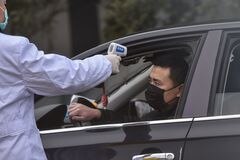 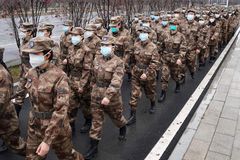