Not long after he was weaned from his mother’s milk, Barend Salomo was given a new source of sustenance: rooibos tea. His parents, with 12 children to raise, always had a pot of it on their stove, brewed from the mountain bushes on their land.

“Rooibos runs in our veins,” says Mr. Salomo, who today manages a co-operative for Indigenous rooibos farmers in the Cederberg mountains of South Africa. “For us, rooibos tea was like mother’s milk.”

It was the Khoi and San, the Indigenous people of southern Africa, who first learned the health benefits of the bush that grew wild on their land. Later it was cultivated by farmers as a cheap substitute for imported tea.

But in recent years, the red-coloured, caffeine-free herbal tea has become an international phenomenon: a popular South African export commodity, sold to dozens of countries and prized for its sweet earthy taste and antioxidant qualities.

As the export revenue increases, a debate has emerged: Who should share in its economic benefits? And should the country’s Indigenous people be rewarded for their traditional knowledge?

Around the world, from Germany and Japan to Britain and Canada, rooibos is marketed as a premium tea, with rising profits for its South African producers.

Farmers have tried to grow it in other countries, but only the Cederberg mountains have the climate and soil conditions needed to sustain the bush. (“Rooibos” means “red bush” – although the bush is an ordinary green until its spiky narrow leaves are processed.)

South Africa today produces about 20,000 tonnes of rooibos annually – more than triple the amount it produced in the 1990s – and exports more than half of its production to more than 60 countries. About 8,000 farm workers are employed in the sector.

Rooibos has become an increasingly fashionable drink in Europe and Asia, with Starbucks even selling a rooibos latte in some countries. The European Union granted “protected designation of origin” status to rooibos in May, 2021, prohibiting the use of the name for any beverage except those from the Cederberg region.

Canada is considered an emerging market for the product, with Tetley and Twinings marketing it as “Red Tea.” 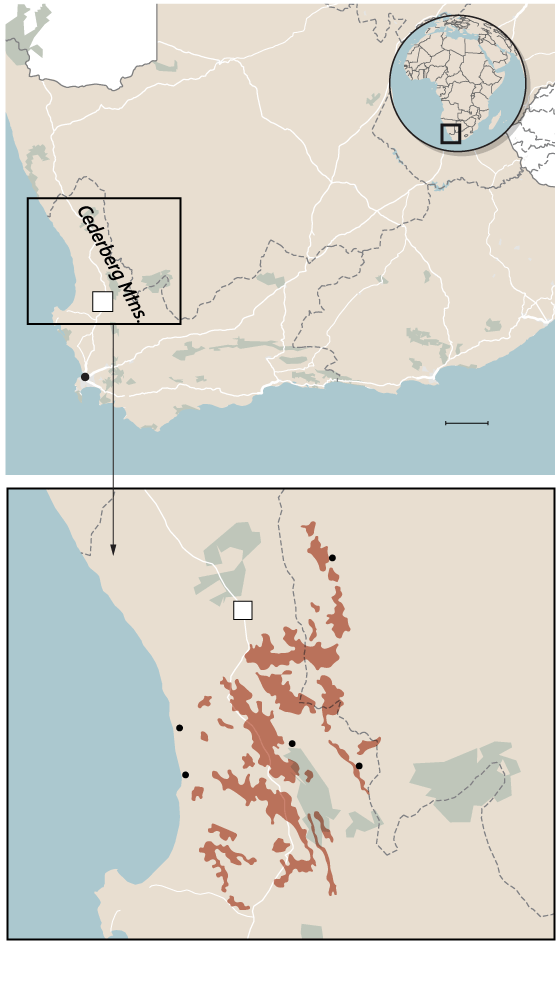 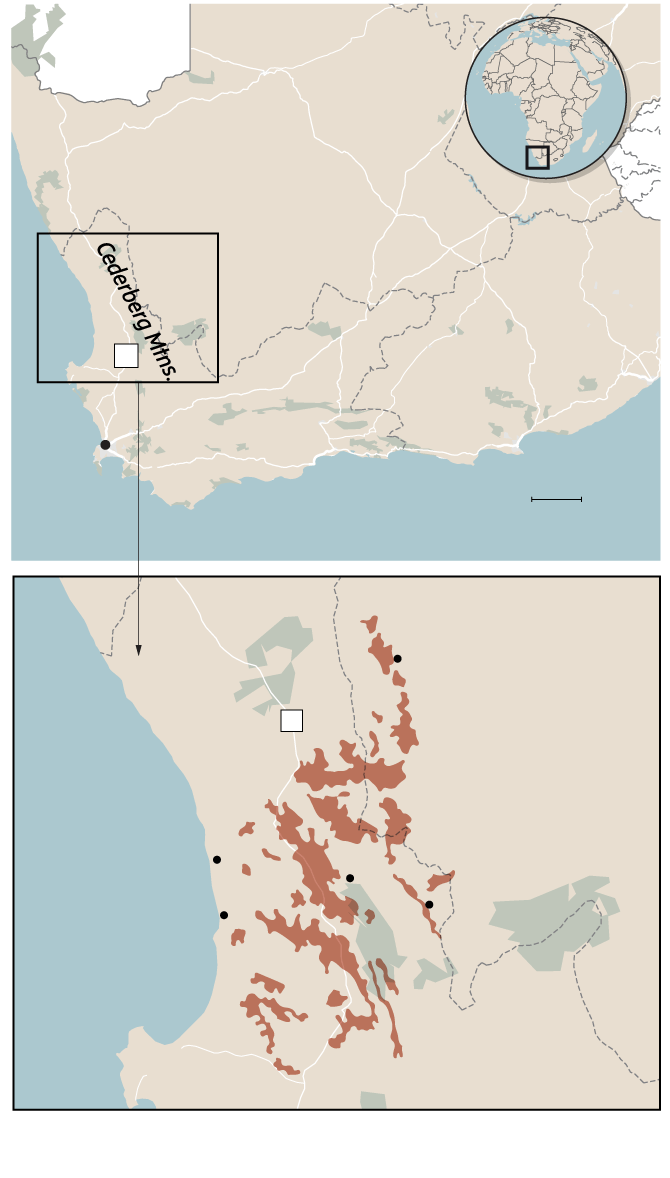 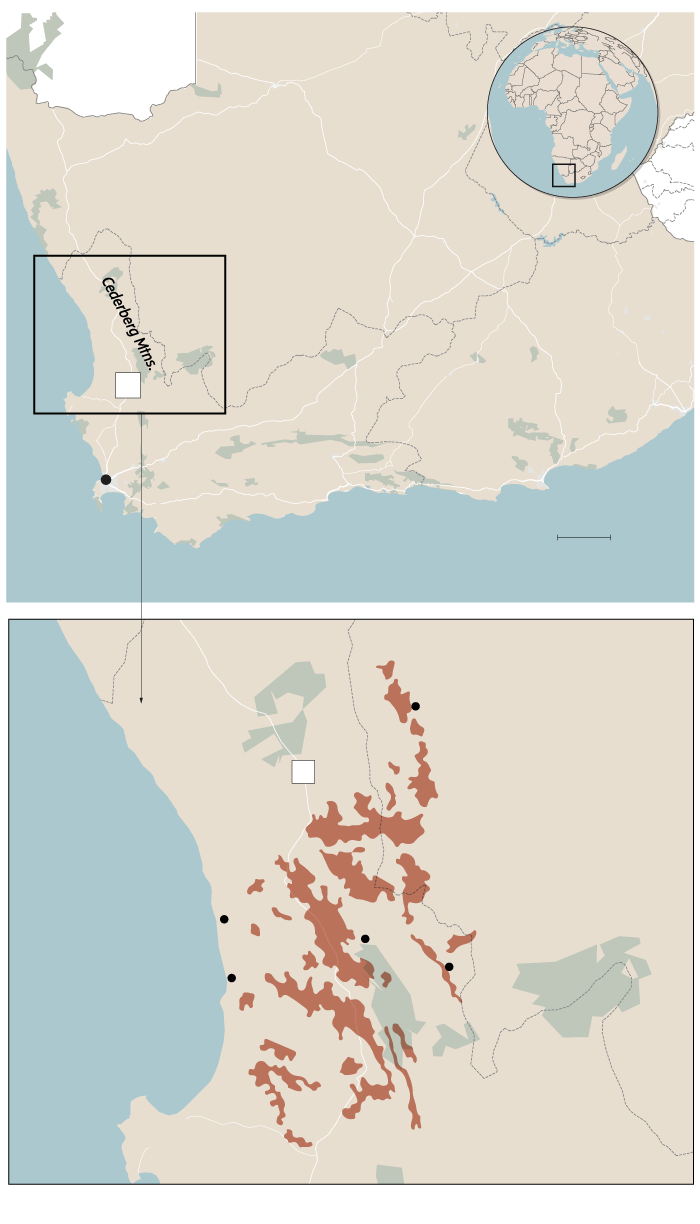 In the historic town of Clanwilliam, in a valley surrounded by the mountains, a company called Rooibos Ltd. has become the town’s biggest employer, controlling about half of all global production. Hundreds of workers at Rooibos Ltd. process and package the tea. They also produce a rooibos extract, which has been added to hundreds of products, including cosmetics, skin-care products, baked goods and alcoholic drinks. The town promotes itself as the rooibos capital of the world, and tourists visit for tea-tasting sessions at shops and restaurants, sampling the many varieties and blends.

But the tea farmers who descend from the Khoi and San people, represented by Mr. Salomo’s co-operative, are far from the tourist trail. They harvest their crops in the remote hills around the small village of Wupperthal, at the end of a long and winding road through the mountains from Clanwilliam.

In 2018, after years of arduous negotiations and deadlocks, there was finally a breakthrough: an acknowledgement by the rooibos industry that the Khoi and San people deserved to share a percentage of the revenue, since it was their knowledge that led to the industry’s creation.

“We were in tears in that meeting,” said Mr. Salomo, who was one of the negotiators. “It was very emotional. On that day, we got some of our dignity back. Now suddenly our knowledge counts.”

Mr. Salomo, now 63 and himself descended from the Indigenous people, still remembers the days when rooibos was called the “poor man’s drink” – a folk concoction with no value. “And today they’ve built a whole industry on our traditional knowledge, and that’s not fair,” he told The Globe and Mail in an interview.

“We’re glad that we can now share in the benefits. It will make a big difference for people.”

The agreement with the industry, signed in 2019, will provide about 15 million rand (about $1.2-million) annually for the thousands of Khoi and San people across South Africa. It’s a relatively small amount, but Mr. Salomo is hoping that the industry will eventually accept a different revenue-sharing formula that could increase this share.

Under the terms of the agreement, rooibos producers are deducting 1.5 per cent of the farm-gate price for a trust fund that will help with education and land for the Khoi and San. Government delays in appointing an auditor have stalled the operation of the fund, but progress this month has led to expectations of payments soon, possibly beginning in January.

The history of rooibos is still a sensitive issue in South Africa, contested by all sides, with some key players reluctant to acknowledge the role of the Indigenous people. “They try to tell the Khoi and the San people that we’re not the knowledge holders of this plant,” Mr. Salomo said. “The industry is confused between innovation and knowledge. Innovation is adding value to a product, but it’s not traditional knowledge.”

The main industry group, the South African Rooibos Council, does not mention the Khoi and San people in the history section of its website. Instead it emphasizes the role of early Dutch settlers in the colonial era, along with a Russian immigrant, Benjamin Ginsberg, who was the first to begin the commercial trading of rooibos tea in the early twentieth century.

The first commercial innovators, including Ginsberg, learned about rooibos from the Indigenous people, Mr. Salomo said. “It was our people who showed him. Our people are very generous in sharing knowledge, without knowing that at the end it is to our disadvantage.”

Not everyone in the commercial industry is hesitant to recognize the Indigenous role. “If the Khoi and San people hadn’t discovered it, we wouldn’t be here today,” said Carika Fourie, a tour guide at Skimmelberg, a farm in the Cederberg that produces its own line of teas and skin-care products from the several hundred tonnes of rooibos that it harvests annually. “They are the true holders of the knowledge,” she said.

The rooibos bush, Aspalathus linearis, is endemic to the Cederberg region, growing at altitudes of 200 to 1,000 metres, where it is adapted to the arid climate, hot summers and cool winters. It depends on winter rainfall, but its needle-like leaves help to conserve moisture in the summer heat. It grows to a height of 1.5 metres and produces an average of four crops over a six-year lifespan.

The leaves and stems from the bush are harvested, crushed, aired and watered, and left in low heaps to “ferment” – actually a process of oxidation from natural enzymes in the plant – which brings out its red colour and distinctive aroma. Then it is spread out in large outdoor yards to dry in the sun for a day, and taken to factories for processing and packaging.

For safety reasons, the industry began to steam-pasteurize the tea in the mid-1980s. This gave it a softer and milder taste, which helped create a new market for the tea, although it confused the older consumers.

“It took out most of the tea’s wildness, so to speak,” said Arend Redelinghuys, sales director for Rooibos Ltd., who has been involved in the industry since 1989. “Back in the day, people would put it on the stove and let it stand there for the whole day.”

South Africa’s apartheid-era Rooibos Tea Control Board was fully privatized in 1993 and became Rooibos Ltd. The company persuaded Unilever to create a premium rooibos under the Lipton brand. “That resulted in rooibos being repositioned,” Mr. Redelinghuys said. “It was a complete turnaround.”

By the late 1990s, Rooibos Ltd. was aggressively targeting the export market. Over the past two decades the company has boosted sales in Europe and established an office in Japan, which has become one of its top markets. To satisfy that country’s high-priced premium market, it has a special production line with additional quality controls.

More recently, production was dampened by a five-year drought in South Africa, inflating prices and forcing Rooibos Ltd. to ration its export sales. Today it is building up its strategic reserves in expanded warehouses to ensure that it won’t be caught short again.

“Our vision is very simple,” Mr. Redelinghuys said. “We want to make rooibos a worldwide winner, so we try to spread the gospel of rooibos all over the world. And I think we’re making very good progress.”

Red lattes and teas may be scarce and spendy as rooibos suffers from drought
November 19, 2015