Paul WaldieEurope Correspondent
London
Published May 19, 2021 Updated May 19, 2021
For Subscribers
Comments
Text Size
Please log in to listen to this story. Also available in French and Mandarin. Log In Create Free Account

People across Britain can go to the pub, take in a movie and attend a soccer match as lockdown restrictions ease. But travelling abroad remains difficult and anyone entering the country faces a multitude of rules and confusing government messages, even as the European Union opens up to fully vaccinated tourists.

The government has been grappling for weeks over how to reopen the economy and satisfy the public’s desire to travel while also ensuring that new variants of the COVID-19 virus aren’t imported. The debate has become more pressing as the number of cases in the U.K. of a variant first detected in India soars to nearly 3,000, up from 1,313 a week ago.

On Monday, the government lifted most lockdown measures and allowed people to travel abroad on holiday for the first time in months. But many travel restrictions also came into effect and the government is under fire for sending mixed signals about whether people should vacation in dozens of countries including Canada, the United States and popular European destinations like France and Spain.

Are COVID-19 restrictions intensifying or easing in my province? A guide to the rules across Canada

While Prime Minister Boris Johnson has insisted that he wants to kick start the travel sector, the government has introduced a complicated traffic light system that categorizes countries as red, amber or green and imposes varying levels of quarantine on travellers regardless of whether they’ve been vaccinated.

So far only a dozen countries – including Portugal, Australia and Israel – have been designated green, which means arriving passengers must have a negative COVID-19 test but don’t have to quarantine. A total of 170 countries, which includes Canada, the U.S. and most of Europe, have been put on the amber list which requires travellers to have a negative test and to self-isolate for up to 11 days at home or a hotel, even if they’re fully vaccinated. Anyone travelling into the U.K. from 43 red-list nations, such as India and Turkey, must also test negative and quarantine in a government-approved hotel for 10 days at a cost of up to £1,750 per person, or $2,962, regardless of whether they’ve been vaccinated.

At the same time, the EU confirmed on Wednesday that it’s moving ahead with plans to relax travel rules and allow fully vaccinated visitors into the bloc from any country, so long as they’ve had two doses of a vaccine approved for use in the EU. It’s not clear when the new measure will take effect and it will be up to each of the 27 member nations to implement the rule. Greece, Portugal and Italy have already lifted most travel restrictions on tourists from the U.K., the U.S., Israel and some other countries.

The U.K.’s cautious approach has done little to stop thousands of people from jetting off on vacation. Since Monday, more than 150 flights have departed each day to dozens of amber list countries including France, Spain and Italy. The travel industry has also pushed the government to add more countries to the green list; several cabinet ministers have said they don’t want the rules to discourage people from visiting family and friends.

“We don’t want to stop travel altogether and the reason, as [Health Secretary] Matt Hancock set out, that we have the amber list is there will be reasons why people feel they need to travel either to visit family or indeed to visit friends,” George Eustice, the Environment Secretary, told the BBC on Tuesday.

But many health experts have been alarmed by the surge in travel and the inconsistent messaging. “The aviation industry’s current enthusiasm to resume international air travel and overseas holidays, and to expand airports, needs to be checked,” two prominent virologists, Deenan Pillay and Jangu Banatvala, wrote in a letter published in the British Medical Journal last week. Until the Britain’s vaccination program was completed, they added, “it would be remiss to abandon all attempts to limit new variants being imported into the U.K.”

The government is still considering lifting all remaining lockdown rules next month and it has taken comfort from figures that show the pandemic is receding. Britain recorded 2,696 cases of COVID-19 on Wednesday, down 1 per cent in the last week. Three deaths were also reported which was 23 per cent fewer than a week ago. The number of people in hospital with COVID-19 has also fallen by 10 per cent in the last seven days to 709.

Mr. Hancock, the health secretary, said Wednesday that Britain has reached a new milestone in its vaccination program. As of Wednesday 70 per cent of all adults have received one dose of vaccine and nearly 40 per cent have had two.

Photos capture the United Kingdom returning to a state of normality
Gallery
May 19, 2021 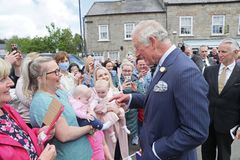 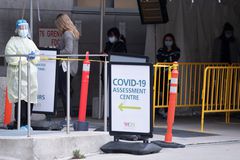 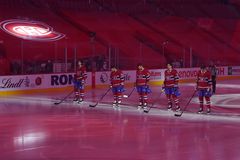