A Canadian man who has been called a modern Asian drug kingpin on par with El Chapo or Pablo Escobar built the foundations of his drug empire in Toronto, giving Canada an unusually central role in a multinational drug network that has been investigated by authorities on three continents.

Tse Chi Lop, 55, is suspected by police and the United Nations Office on Drugs and Crime (UNODC) to be the leader of a narcotics syndicate named Sam Gor – “Brother Number Three” in Cantonese – which is believed to hold significant responsibility for a surge of synthetic drugs, including methamphetamine and ketamine, across Asia.

Canada isn’t considered to be a major market for Sam Gor, a global organization with members from across Asia. But Toronto nonetheless has played a vital role in the establishment of the narcotics syndicate.

Mr. Tse was born in Guangzhou in 1963, but immigrated to Canada in 1988, joining the exodus from Hong Kong ahead of its handover to Chinese control.

It’s not clear when he received a Canadian passport, but Mr. Tse allegedly built the foundations of his drug trade by importing heroin from the Golden Triangle to North America. He was a Toronto-based member of a Canadian gang called the Big Circle Boys, said Jeremy Douglas, an Ontario man who began his career as a Queen’s Park asset analyst but has for much of the past 20 years led UNODC in Southeast Asia. Mr. Douglas has spent the past three years tracking Sam Gor through the work of police in Australia, Myanmar, China and elsewhere.

His office provided assistance to Myanmar airport officials when they detained Cai Jeng Ze, a member of Sam Gor. UNODC analysts also estimated the underworld consortium manufactures 300 tonnes of meth a year, or enough for roughly 10 billion doses of a powerful drug whose use is soaring across Asia.

In part, that is because of the purported savvy of Mr. Tse, who Mr. Douglas sees as a business innovator, marshalling sophisticated chemistry and logistical skills to not just feed a market, but help grow its size. “He’s disrupted a massive business and made it even bigger. He’s done to the drug business what Uber has done to the transport business, or Netflix has done to movies. This guy has looked at it, seen an opportunity, and took it and revolutionized it.”

At least some of that savvy was honed in Canada, it is alleged, where Big Circle Boys was established around 1987, soon drawing police attention – and grudging admiration.

In 1992, Toronto Police Constable Shu Tong Tarn, in court testimony, described the group’s origins in the 1960s with Red Guards in mainland China who escaped to Hong Kong and turned military prowess to crime. Some then took advantage of Canada’s refugee program to arrive in Canadian cities, where they specialized in armed robbery, credit-card counterfeiting and heroin trafficking.

“A great many of them are, in my opinion, criminally brilliant,” Toronto police Detective Kenneth Yates said in testimony to the U.S. Senate Permanent Subcommittee on Investigations. At the time, the Big Circle Boys were so successful that, between 1990 and 1992, the price of heroin in Toronto fell by more than 40 per cent.

In the mid-1990s, a Canadian court sentenced Chun Wai Ng, who had been head of the Big Circle Boys to more than 13 years in prison. His conduct was described in a subsequent National Parole Board panel report: “You had extensive connections in both China and Thailand with the drug trade. Enormous profits resulted from these activities and you told the Board today that you sent money to your brother in China to buy a coal mine and a taxi.”

Years later, the Big Circle Boys were accused of helping Chinese smuggler Lai Changxing transfer assets to Canada, where he sought refugee status but was, after a heated dispute between Ottawa and Beijing, sent back to China in 2011, where he is currently in jail.

By 2003, the Big Circle Boys were “primarily responsible for much of the exportation of Southeast Asian heroin that enters the United States,” according to a report published that year by the Federal Research Division of the Library of Congress.

Mr. Tse, who served nine years in a U.S. prison for drug trafficking before his release in 2006, remains a member of the Big Circle Boys and a Canadian citizen, according to Mr. Douglas, with family still in Canada and a passport issued in Hong Kong that is valid through next year. But he also allegedly formed Sam Gor around 2010 and, through that group, transformed methamphetamine into a volume business. The group collapsed prices and built legions of new customers, using the protection of armed ethnic groups in northern Myanmar to build production facilities that produce what may be “the best meth ever,” Mr. Douglas said.

In doing so, Mr. Tse allegedly has helped to speed the narcotics world away from plant-based drugs (opium production in Myanmar, as one example, has plunged 70 per cent since 1996) and into laboratory-made chemical products whose use has surged in Australia, Japan, South Korea and throughout Southeast Asia. Meth seizures across east and Southeast Asia more than tripled between 2013 and 2018.

Mr. Tse’s suspected reach and power were documented in a recent Reuters report, which described his travel on private jets, the phalanx of Thai kickboxers that guard him and his gambling habits, which included an estimated $88-million loss in a single night in a Macau casino.

One of Sam Gor’s key breakthroughs: a product delivery guarantee that replaced, at no cost to the buyer, any seized drugs. It’s a policy made possible by the immense profitability of turning chemicals into narcotics. The UNODC estimates Sam Gor’s annual gross revenue at between US$3.8-billion and US$17.7-billion. At the upper end, that is roughly equivalent to the worldwide revenue of BMO Financial Group last year. Drugs believed to be from Sam Gor were seized in South Korea last year.

It’s possible they will end up in Canada, too, Mr. Douglas said. The Big Circle Boys have played a role in trafficking fentanyl, he said.

But Canada, with its evolving approach to fighting drugs and organized crime, may also offer an example of how to battle the vast and lucrative underworld networks Mr. Tse appears to have built, according to Mr. Douglas.

Apart from producing a staggering quantity of illicit drugs, Mr. Tse has also “effectively rendered the old war- on-drugs model useless,” Mr. Douglas said, making it virtually impossible to “police your way out of it.”

Instead, he said, what Sam Gor has done is shone a new light on the need for drug prevention and treatment programs in countries, particularly in Asia, that have tended to use only heavy-handed means to combat narcotics, using “militarized policing, which doesn’t work.”

The group’s rapid rise has also exposed governance issues, Mr. Douglas said, in particular a lack of co-ordination between countries and arms of government, which has allowed drugs to be manufactured in one country, exported to another and the proceeds laundered in a third.

He pointed to Canada as one example of how to address the problem.

“What [it has] been trying to do is trying to integrate the Canadian government response,” Mr. Douglas said. To battle a new era of sophisticated drug manufacturers and traffickers, he said, those involved with policing need to work alongside border and financial-crime authorities.

What Canada is doing, he said, “shows that an integrated approach is necessary. That’s exactly the type of model we’re trying to push in Asia.” 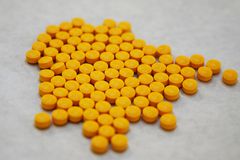 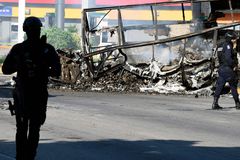