The AstraZeneca vaccine, due to arrive soon in Canada, is ineffective in preventing moderate illness from a new COVID-19 variant that is dominant in South Africa and has been detected in Canada and dozens of other countries worldwide, according to early trial results.

South Africa reacted swiftly by suspending its planned rollout of a million AstraZeneca doses that had arrived in the country last week. It had planned to begin vaccinations this week.

Scientists emphasized, however, that AstraZeneca might still be effective in preventing severe illness and death from the new variant. The early trial results were insufficient to answer this question, partly because the trial participants were relatively few and relatively young, with an average age of 31.

Under the Canadian government’s agreement with the COVAX program, Canada is due to receive 1.9 million doses of the AstraZeneca vaccine, beginning in late February. Dozens of other countries worldwide have ordered the AstraZeneca vaccine through COVAX or bilateral deals, and it is one of the two main vaccines in Britain’s program.

The new mutation of COVID-19, first detected in South Africa in December, is estimated to be 50 per cent more transmissible than the original variant. It can also evade the immunity that people build up when they are infected with the virus. It has quickly become dominant in South Africa, where it is responsible for more than 90 per cent of new cases.

The new variant, officially known as 501Y.V2, is believed to be the cause of a dramatic second wave of infections and deaths in many African countries in recent weeks. It has been detected in 35 countries worldwide – including Canada, Britain, the United States and several European nations – and is suspected of being in many others.

In recent weeks, cases of the 501Y.V2 mutation have been found in Ontario, Alberta and British Columbia. Some of these cases were found among people with no recent travel history or contact with travellers, suggesting there might already be local transmission of the variant.

Several other vaccines, in recent trials, have shown diminished effectiveness against the 501Y.V2 variant. But they were still relatively effective in preventing severe illness from the variant, the trials showed.

South African scientists said on Sunday that they were disappointed in the results of their vaccine trial for the AstraZeneca vaccine, also known as the Oxford vaccine.

The vaccine was highly effective at the beginning of the trial. But later, after the new variant emerged, the trial discovered that the vaccine “provides minimal protection” against mild or moderate infection from the variant, according to a statement on Sunday by scientists from the University of Witwatersrand in Johannesburg who conducted the South African phase of the trial.

The results have not been peer-reviewed, and the trial was relatively small, with fewer than 2,000 people in it.

There is still hope that the AstraZeneca vaccine could prevent hospitalizations and deaths from the new variant, since the vaccine is similar to another vaccine by Johnson & Johnson that has been successful in preventing severe illness from the variant in recent trials.

“It remains highly likely that the vaccine will also protect against severe illness caused by the South African variant,” said a statement on Sunday by Anthony Harnden, deputy chair of Britain’s joint committee on vaccination and immunization.

Shabir Madhi, a vaccinologist who led the South African trial of the AstraZeneca vaccine, said the vaccine “has been developed using similar technology” to the Johnson & Johnson vaccine, and it induced immune responses that are also similar, so it could still work.

Scientists in Britain are planning to modify the AstraZeneca vaccine to make it more effective against the 501Y.V2 variant, although this could take six or eight months of work.

“Efforts are under way to develop a new generation of vaccines that will allow protection to be redirected to emerging variants as booster jabs,” said a statement by Sarah Gilbert, lead researcher for the University of Oxford team that has helped develop the AstraZeneca vaccine.

At a briefing on Sunday night, South African scientists said there is no need to discard the one million doses of the AstraZeneca vaccine that were flown into South Africa from an Indian supplier last week, since they could still prove to be effective in stopping severe illness.

But while they continue to study the vaccine’s effectiveness against the new variant, they will also expand trials of the Johnson & Johnson vaccine and the Pfizer vaccine in South Africa. This could allow about 100,000 health workers to be protected within a few weeks. 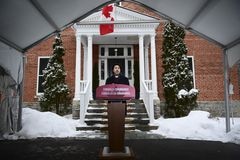 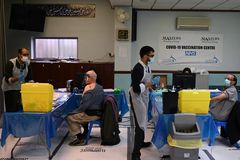 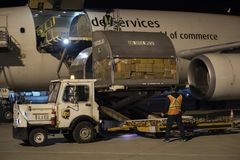