At least two Nigerians are in hospital after being poisoned by an unproven drug that U.S. President Donald Trump is touting as a possible cure for the novel coronavirus.

Nigerian health authorities are rushing to clamp down on a wave of unauthorized use of hydroxychloroquine, an anti-malarial drug that Mr. Trump is promoting as a treatment for COVID-19.

This weekend, Mr. Trump continued to praise the drug, tweeting on Saturday that it had “a real chance to be one of the biggest game changers in the history of medicine.” He also lauded it at several press conferences last week.

But the safety and effectiveness of the drug, and a related drug known as chloroquine, is unproven for use against the coronavirus. Chloroquine is known to be dangerous if used without medical supervision.

The drugs are being studied in small clinical trials, and have reportedly shown some promise, but regulatory agencies have not authorized them for broader use.

In New York State this weekend, Governor Andrew Cuomo announced that the state will acquire thousands of doses of chloroquine and hydroxychloroquine for clinical trials. “There is a theory the drug treatment could be helpful,” Mr. Cuomo told journalists.

In countries such as Nigeria, chloroquine tablets are easily available at pharmacies and other shops, without any need for a prescription, even though chloroquine was banned in 2005 after malaria became resistant to the drug.

Mr. Trump is more popular in Nigeria than anywhere else in Africa, and his praise of chloroquine led to a surge of purchases of the drug in Lagos and other Nigerian cities. Some shops and pharmacies were quickly sold out.

When some Nigerians began to self-administer the drug at dangerous doses, at least two people needed hospital treatment for poisoning, authorities said on the weekend.

“Please DO NOT engage in self-medication,” the Nigerian Centre for Disease Control said in a tweet. “This will cause harm and can lead to death.”

It noted that the World Health Organization has not approved the use of chloroquine as a treatment for the coronavirus.

Dr. Oreoluwa Finnih, a senior assistant to the Lagos State governor on health issues, said hospitals across the state “have started receiving patients suffering from chloroquine poisoning.” In a tweet, she urged Nigerians to refrain from “massive consumption” of the drug.

Until last week, Nigeria had only three confirmed cases of the coronavirus. But the number of confirmed cases has surged to 30 in the past five days, sparking a growing sense of fear.

The U.S. government’s top infectious-disease expert, Dr. Anthony Fauci, stood beside Mr. Trump at a televised press conference on Friday and contradicted the President’s claims about the anti-malarial drugs. Asked by a reporter whether there was any clear evidence of chloroquine’s effectiveness against the coronavirus, Dr. Fauci said: “No.”

He added: “The information that you’re referring to specifically is anecdotal. It was not done in a controlled clinical trial, so you really can’t make any definitive statement about it.”

The New York Times reported on Saturday that Mr. Trump’s boosterish attitude toward chloroquine and hydroxychloroquin has fuelled shortages for patients and doctors who need the drugs for other diseases such as lupus.

South Africa, the country with the second-largest number of cases in Africa, announced 34 new confirmed cases on Sunday night, bringing its total to 274 cases.

South African President Cyril Ramaphosa is planning a televised address to the nation on Monday to announce further measures against the coronavirus. He has already announced a ban on air travel into the country by foreign nationals, a ban on social gatherings of more than 100 people, and a ban on serving alcohol in taverns or restaurants after 6 p.m.

Many other African countries have sealed their borders, shut down commercial flights and banned most social gatherings.

Rwanda, with 19 confirmed cases, has imposed a full lockdown on its residents, banning all movement outside the home except for essential reasons such as food or health care. It is the first African country to do so.

There have been 44 deaths caused by COVID-19 across Africa, including 17 deaths in Algeria and 10 in Egypt.

Sign up for the Coronavirus Update newsletter to get the day’s most essential COVID-19 news, features and explainers delivered to your inbox each evening. 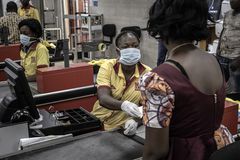 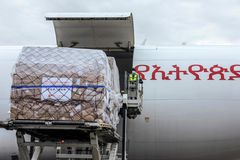