Attorneys for The Weinstein Co. presented a Delaware judge Wednesday with a revised bankruptcy plan that would provide about $35 million for creditors, including victims of sexual misconduct by disgraced film mogul Harvey Weinstein.

The settlement amount is $11.5 million less than under a previous plan, which was scrapped after a federal judge in New York refused to approve a proposed $19 million settlement between Weinstein and some of his accusers. The settlement in the purported class-action lawsuit was a key component of the initial bankruptcy plan.

Attorneys for the company told Judge Mary Walrath the reduction is due primarily to the fact that the plan no longer includes contributions from insurers for the resolution of certain “Miramax era” claims that arose prior to Harvey Weinstein leaving that company and forming the Weinstein Co.

Attorneys for the company made clear that they will not ask Judge Walrath to approve the plan if holders of sexual misconduct claims vote to reject it.

“We will not seek to cram down the plan on the survivors,” said attorney Paul Zumbro.

Meanwhile, attorneys for The Weinstein Co. asked Walrath to approve an Oct. 15 deadline for sexual misconduct claims to be filed, and a process for notifying potential claimants through online posting and publications including The Hollywood Reporter, Variety and The New York Post.

Walrath said that if attorneys can agree on language clarifying the consequences on future litigation for victims who file claims in the bankruptcy, she would allow the company to send out the notices.

“I agree with the debtor that this should go forward and this could resolve, if not all of the claims, a large percentage of those,” she said.

Zumbro said the revised plan will provide greater relief for holders of sexual misconduct claims because the proposed class of claims is smaller than under the original plan, and no money would be going to class-action counsel fees.

He also noted that Harvey Weinstein would no longer be reimbursed for any of his defence costs or receive any other distribution under the revised plan.

Zumbro noted that the New York judge had described the potential payments to Weinstein as “obnoxious.”

“The debtors and the other settling parties heard that loud and clear,” he said.

Under the new Chapter 11 liquidation proposal, holders of sexual misconduct claims would receive 100% of the liquidated value of their claims if they agree to release Weinstein from all legal claims. A claimant who elects not to release Weinstein but to retain the option to sue him in another court would receive 25% of the value of her bankruptcy claim. The other 75% would be allocated to a “reversionary fund” for the benefit of insurance companies, who could be on the hook for damage payments in future litigation.

In a departure from normal bankruptcy procedure, holders of sexual misconduct claims would not be asked to vote on the plan until each knows the value of her claim.

Robert Feinstein, an attorney for the company’s official committee of unsecured creditors, said the committee unanimously supports the proposed settlement, as do many other individual claimants.

“We hope it’s received with an open mind, … and that people will hold their fire in the press and in the courtroom until all of the facts are known to them and we can have a mature conversation about what’s going on here,” Feinstein said, referring to attorneys for three non-settling plaintiffs in the New York case. Those attorneys have described the latest proposal as “a complete and utter sellout” of Weinstein’s victims.

Attorneys acting on behalf of two of those women previously asked Walrath to convert the Chapter 11 case to a Chapter 7 liquidation. Doing so would reduce the amount of money going to professionals and allow a trustee to pursue civil claims on behalf of the bankruptcy estate against Weinstein and other company officials, they argue.

“I do think that it’s important that their voices are not outweighed by two women alone who do not approve of the plan,” she said.

The Weinstein Co. sought bankruptcy protection in March 2018 amid a sexual misconduct scandal that brought down Weinstein and triggered a nationwide movement to address predatory sexual behaviour and harassment in the workplace. Weinstein was sentenced to 23 years in prison earlier this year after being convicted in New York of rape and sexual assault.

Prosecutors in Los Angeles are seeking his extradition to California to face charges of raping a woman and sexually assaulting another in 2013. 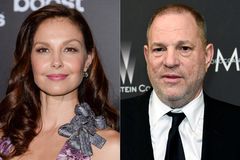 Judge rejects $19-million settlement between Harvey Weinstein and some of his accusers
July 14, 2020 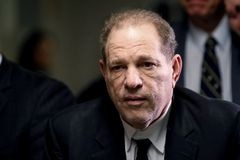 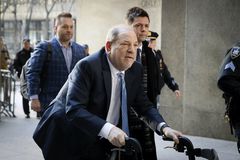