Thousands swarmed to beaches on Australia’s east coast on Tuesday to escape fierce wildfires bearing down on several seaside towns, as the government readied naval vessels and military helicopters to aid firefighting and evacuations.

Government officials called for Australian military support and assistance from U.S. and Canadian fire crews as authorities confirmed two people had died overnight, taking to 11 the total deaths in wildfires since the beginning of October.

The huge bushfires have destroyed more than 10 million acres, with new blazes sparked into life almost daily by extremely hot and windy conditions in bushland, left tinder dry after a three-year drought.

Fuelled by searing temperatures and high winds, more than 200 fires are now burning across the southeastern states of New South Wales and Victoria, threatening several towns and snapping their power, mobile and internet links.

“This is absolutely one of the worst fire seasons we’ve seen,” Shane Fitzsimmons, commissioner of the NSW Rural Fire Service, told a briefing in Sydney.

Authorities said the main firefront was moving up the coast and warned those in its path to seek shelter close to the beach.

About 4,000 people in the town of Mallacoota in Victoria headed to the waterfront after the main road was cut off. Those who could not make it there scrambled for shelter in a gymnasium and other public buildings as emergency sirens wailed.

Some of those trapped in the town posted images of blood-red, smoke-filled skies on social media. One beachfront photograph showed people lying shoulder-to-shoulder on the sand, some wearing gas masks.

It looked “a lot like Armageddon,” said David Jeffrey, the owner of the Wave Oasis guesthouse, adding, “It’s terrifying.”

Fisherman Steve Casement said he had lost his house in Mallacoota to the fires.

“We are stuck here now,” he said by telephone. “Everyone is pretty shocked at the moment, most of my mates are in the same position.

“Right now, I am on a trailer watching the town burn down, listening to gas bottles explode at some poor bugger’s home and seeing smoke all around me.”

Authorities said that by late afternoon the worst danger had passed.

DARKNESS IN THE AFTERNOON

Several hundreds of kilometres north, the Jervis Bay tourist spot famed for having the whitest sand beach in the world, was shrouded in darkness in the afternoon as massive fires burned, with conditions expected to worsen.

Australia’s plight surfaced in the U.S. presidential campaign on Tuesday as Democratic hopeful Bernie Sanders invoked the fires to highlight that Americans are ready to address climate change. “You have a nation on fire,” Mr. Sanders said at an Iowa news conference. 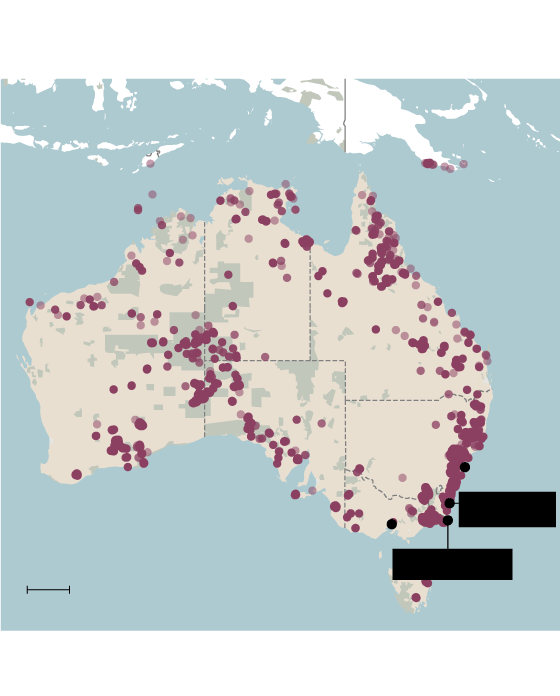 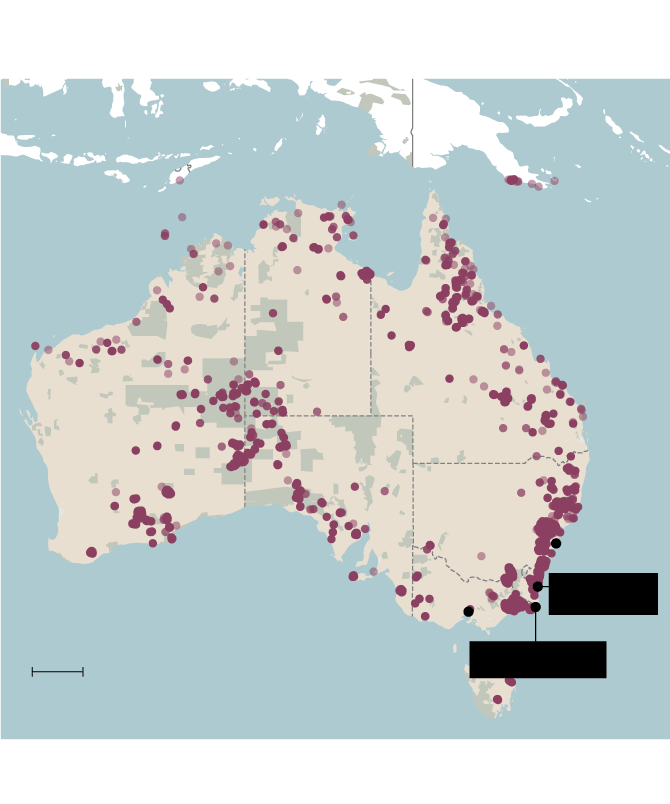 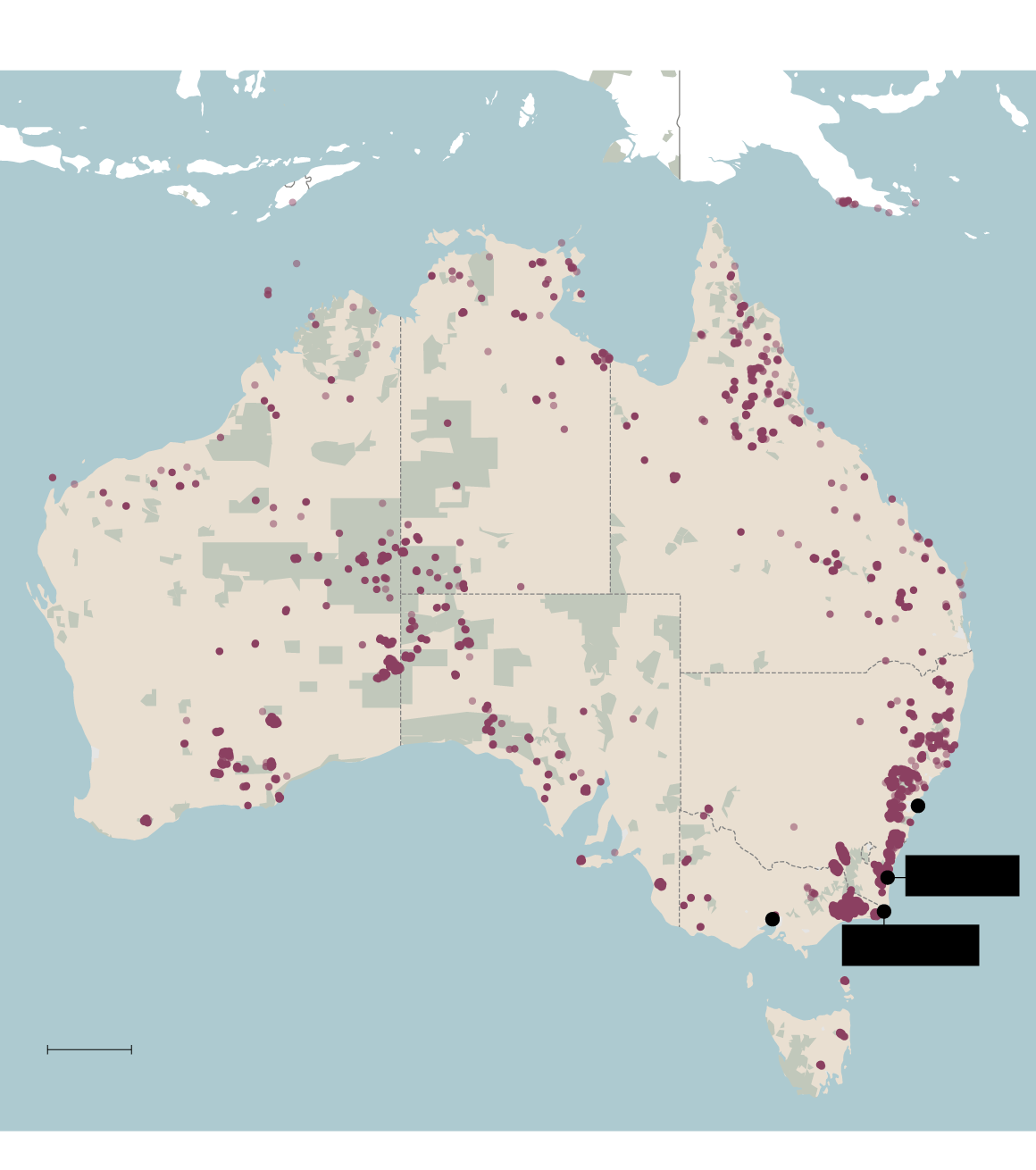 The United States, which had already sent 72 fire personnel to Australia, will dispatch another 21 this weekend and expects additional requests in days to come, the U.S. Forest Service said. Australia and New Zealand had sent 138 fire personnel to the U.S West during August, 2018, fires.

Canada has so far sent 66 firefighters, the first time since signing a reciprocal agreement with Australia in 2015, and was working to find additional resources, said Kim Connors, executive director of the Forest Fire Centre.

The blazes were also generating their own weather patterns, with erratic winds, dry lightning and a significantly faster spread in different directions, fire authorities said.

Ellie Morello took refuge at a beachside motel with her mother, some neighbours, friends and pets as fires approached Batemans Bay, a town on the New South Wales coast.

“My throat’s hurting from the smoke,” she said by telephone. “Burnt leaves and sparks were falling on me like rain.”

Another small fire was closing in behind her as she spoke, she added.

Ms. Morello and others said they had run out of food and were unable to replenish supplies as shops had shut.

James Findlay, a Melbourne-based broadcaster, said his parents’ home in the town was gutted after palm trees on the lawn caught fire. The couple were vacationing in New Zealand.

“There were a lot of family heirlooms in there,” he said. “A lot of priceless memories.”

The fires have been spread across four states, with fronts stretching hundreds of kilometres in some cases, affecting many towns and rural areas.

The two people who died overnight were believed to have been a father and son protecting their property near the town of Cobargo in New South Wales, police said, with a third missing, feared dead, while in Victoria, four more were unaccounted for.

Bushfires burned on the outskirts of Sydney, cloaking the harbour city in smoke ahead of a New Year’s Eve fireworks display.

Authorities allowed the display to go ahead, despite some public calls for cancellation in solidarity with fire-hit areas in the state.

“Many of us have mixed feelings about this evening, but the important thing we take out of this is that we’re a resilient state,” NSW Premier Gladys Berejiklian told reporters. 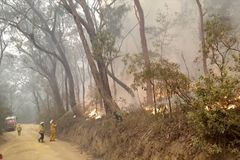 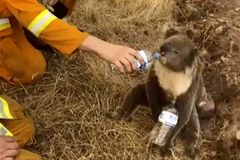 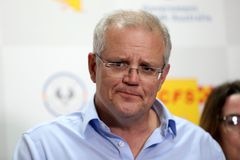