Catastrophic conditions fueled massive bushfires across Australia’s New South Wales state on Saturday, with two blazes around Sydney burning at emergency level, while in South Australia one person was found dead in a fire zone.

Some major roads heading to the south and west from Sydney were closed and authorities asked people to delay travel at the start of the Christmas holiday period, warning of the unpredictability of the fires due to high winds and temperatures above 40C (104F).

“Today has been an awful day,” NSW Rural Fire Services Commissioner Shane Fitzsimmons said of the conditions which were rated “catastrophic”, the highest level of danger.

By late afternoon, six fires in the state were rated at emergency level, including two around Sydney.

“We have seen property impacted and lost. We have 3,000 firefighters and emergency services personnel out there dealing with the fires,” Fitzsimmons told a media conference.

No serious injuries were reported. Two volunteer firefighters were killed at the fire front on Thursday and several others have been injured.

Conditions were expected to improve in coming days, before another burst of hot weather in about a week.

“We will not get on top of these fires until we get some decent rain - we have said that for weeks and months,” Fitzsimmons said.

No significant rainfall was expected in the next couple of months, the Bureau of Meteorology said.

Close to 100 fires were burning across NSW on Saturday afternoon - of which six were characterised as emergency level.

Just days out from Christmas, police warned people to avoid travelling as roads would likely close and temperatures would soar.

“Today is not the day to start your holiday,” a NSW police spokeswomen said.

A southerly wind change began rolling through the southern coast of NSW on Saturday afternoon and was expected to hit Sydney by 5 p.m. (0600 GMT).

It is forecast to bring winds of up to 90 kph (56 mph), which authorities warned would initially worsen fire conditions before leading to a sharp drop in temperatures.

“This will bring erratic fire conditions to the Green Wattle Creek fire at about 5pm. The Grose Valley fire and Gospers Mountain fires will be affected at around 6pm.” the NSW RFS Tweeted, referring to the emergency-level fires close to Sydney.

The death of the two firefighters on Thursday night, when a tree fell on their truck as they drove through the firefront, brought the death toll from the NSW wildfires to eight since early October.

Shortly after the two deaths were announced, Prime Minister Scott Morrison said he was rushing back from a family holiday in Hawaii, a trip that had drawn sharp criticism as the crisis deepened. He was expected to arrive later on Saturday.

In South Australia, authorities said one person had been found dead, another was critically injured and 15 homes had been destroyed by a fire in the Adelaide Hills, just 40 kilometres (25 miles) east of the state capital of Adelaide.

The death followed another fatality in South Australia on Friday, the result of a car crash which sparked a fire.

Authorities said fires had burnt through some 40,000 hectares in the state and 23 firefighters suffered injuries on Friday.

In Victoria, authorities said 142 fires had started in the state since Friday, with one burning at an emergency level late on Saturday afternoon.

Australia has been fighting wildfires for weeks, with blazes destroying more than 700 homes and nearly 3 million acres (1.2 million hectares) of bushland. 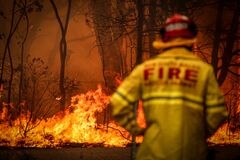 Buildings damaged, roads cut off as operation to contain Australia wildfire sparks out of control
December 16, 2019 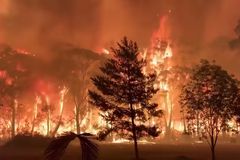 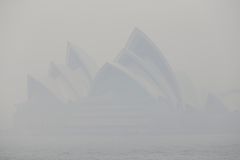