The British government has announced a $21-billion package to help the country cope with the spread of the new coronavirus, which threatens to weaken Britain’s already stagnant economy.

The government plans to spend £12-billion, or $21.2-billion, on a range of measures that include extending sick-pay benefits, cutting some taxes for small businesses, increasing funding for the National Health Service, and providing loans and grants to companies and local authorities.

The Chancellor of the Exchequer, Rishi Sunak, announced the moves on Wednesday as he unveiled the government’s annual budget, which was loaded with other spending initiatives. Overall, the government is increasing spending by £175-billion over five years, the biggest fiscal expansion since 1992.

"I know how worried people are,” Mr. Sunak told the House of Commons. “Worried about their health, the health of their loved ones, their jobs, their income, their businesses, their financial security. … Let me say this: We will get through this together.”

The budget came hours after the Bank of England announced an emergency cut to interest rates. The bank lowered its key rate to a record low of 0.25 per cent from 0.75 per cent, matching cuts made by several other central banks recently. The BoE also eased some lending restrictions to help businesses access capital.

“Activity is likely to weaken materially in the coming months” because of the virus, said the bank’s governor Mark Carney, who is stepping down from his role this week. "The reduction in bank rate will help bolster confidence at this difficult time,” he said.

Britain has 460 cases of coronavirus and six people have died, all elderly patients who had underlying health conditions. The impact of the virus is expected to slow the economy at least in the short term. Figures released on Wednesday by the Office for National Statistics showed that the economy had crawled to a halt in the three months to the end of January, and that was before the virus spread into Britain.

“Any forecast of the U.K. economy at the moment is challenging as it’s not yet known how bad the coronavirus outbreak will be in the U.K. and how long it will last for,” said Howard Archer, an economist at London-based EY Item Club, an economic forecasting group. Nonetheless, Mr. Archer cut his outlook for growth this year to 0.5 per cent from a previous estimate of 1.2 per cent.

There’s growing concern that the virus could have spread throughout the government after junior health minister Nadine Dorries announced late Monday that she had tested positive and that a member of her staff is ill. Ms. Dorries said she was self-isolating at home and she appealed to all the members of Parliament she has met in recent days to take precautions. "It’s been pretty rubbish but I hope I’m over the worst of it now,” she said on Twitter.

Ms. Dorries, 62, first noticed symptoms last Thursday after she attended an event at 10 Downing St. with Prime Minister Boris Johnson to mark International Women’s Day. She had also been in the House of Commons for several votes and speeches, raising concerns that a number of MPs came in contact with her. On the weekend, she also held several meetings with constituents in her riding. On Wednesday, House of Commons Speaker Lindsay Hoyle said there were “no plans to suspend Parliament or to close any areas of the buildings at this time.”

The virus could also hamper Britain’s trade negotiations with the European Union, which were already on a tight timetable. While the country formally left the EU on Jan. 31, little has changed because Britain remains part of the bloc’s single market and customs union until the end of the year. Both sides are supposed to use the transition period to negotiate agreements covering trade, security and other issues by Dec. 31. However, talks haven’t started and, on Wednesday, Michael Gove, the cabinet minister leading the negotiations, said the process could be held up because of the virus.

The Office for Budget Responsibility, an independent government agency, said in a report released on Wednesday that even with a trade deal, leaving the EU will mean a potential 4-per-cent loss of economic growth over the next 15 years. Much of that impact is due to lower migration from EU countries and weak productivity as businesses adjust to new trade barriers, the OBR said.

‘Who do masks protect: the wearer or other people?’ André Picard answers your questions on face masks and more
July 2, 2020 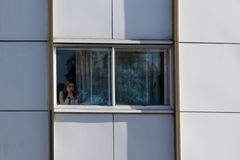