Baseball has never been in a hurry. It took decades to invite Black players into the game. Last week’s Opening Day contest between the Chicago Cubs and Pittsburgh Pirates required four hours to play nine innings. Pitchers in this era are taking an average of 23.8 seconds between pitches – an eon when you consider that it is almost exactly half the time of an entire line shift in the National Hockey League.

So it was something of a shock – and an apt measure of how the sports world today is attuned to the political world – that Major League Baseball took just a week to move its midsummer All-Star Game from Atlanta in condemnation of Georgia’s new law that critics describe as a prescription for voter suppression, especially of Black voters.

It is also an acknowledgement of how social activism has moved to centre court, centre circle, centre ice, the 55-yard line, and the diamond battery – and how the cause of racial justice and baseball management’s effort to enhance its relationship with the players’ union became a perfect double-play combination.

This dramatic action – requiring enormous logistical and financial adjustments for a multiday sporting extravaganza scheduled years in advance, with ripples extending to airline reservations, hotel arrangements and civic celebrations – provided baseball with a chance to make an important statement for a sport that went from 18.7-per-cent Black players in 1981 to about a third of that rate today.

The All-Star Game decision was the logical extension of – and baseball’s late answer to – the activism of boxing’s Muhammad Ali (refusing induction into the armed forces in the Vietnam years); track and field’s Tommie Smith and John Carlos (raised fists at the 1968 Olympics), football’s Colin Kaepernick (taking the knee) and soccer’s Megan Rapinoe (LGBTQ issues).

It also was an opportunity for baseball to relive one of its greatest, albeit tardiest, moments: the 1947 decision of Brooklyn Dodgers general manager Branch Rickey to elevate the Montreal Royals slugger Jackie Robinson to the major leagues, breaking the colour balance in what was then America’s most visible and culturally important sport.

“Jackie Robinson and Branch Rickey are looking down at MLB’s decision today,” the Pulitzer Prize-winning historian Doris Kearns Goodwin, known for her chronicles of Abraham Lincoln and Franklin Delano Roosevelt but revered for her 1997 Dodgers-fan baseball memoir Wait Till Next Year, told The Globe and Mail. “And there’s a smile on both their faces.”

Not everyone, of course, is smiling.

Georgia Republican Governor Brian Kemp, who signed the voting legislation last week, expressed his contempt for baseball’s executives and for corporate leaders such as Delta Air Lines chief executive officer Ed Bastian, saying critics of the measure “continue to spread the same false attacks” on the law, which supporters argue is designed merely to enhance the integrity of the ballot.

The Wall Street Journal attacked President Joe Biden, who in urging baseball to move its signature summertime spectacle described the Georgia bill as “Jim Crow on steroids,” and Rob Manfred, the commissioner who announced the decision, for being “every bit as politically divisive as Donald Trump’s stigmatizing of athletes for taking a knee during the national anthem.’'

Mr. Manfred said that baseball “supports voting rights for all Americans and opposes restrictions to the ballot box, adding, “Fair access to voting continues to have our unwavering support.”

Even so, the decision was out of character for baseball, which moves to its own rhythms and, until recently, luxuriated in its self-image as being above politics.

“It’s hard to remember any example of MLB trying to exert political pressure on a city or a state,” said Jim Beattie, a former New York Yankees World Series pitcher who was general manager of the Montreal Expos from 1995 to 2001 and, until two seasons ago, a Toronto Blue Jays scout. “But baseball clearly is being more responsive, and it is not as difficult in a COVID period to make a late change like this.”

Indeed, baseball until recently has consistently and deliberately steered away from controversy, seeing itself as an instrument of national unity rather than an agent of contention. Only 39 days after the attack on Pearl Harbor that drew the United States into the Second World War, Mr. Roosevelt as president urged then-baseball commissioner Kenesaw Mountain Landis not to cancel the 1942 season, saying the game would play an important role for Americans by “taking their minds off” their wearying war work.

In an odd way the rapidity of baseball’s decision to move the July 13 spectacle is consistent with its effort to speed up the game.

“They acted with alacrity to react to an effort to make it more difficult to vote,” said Larry Lucchino, the former president of the Baltimore Orioles, San Diego Padres and Boston Red Sox. “For baseball to do something like this, the issue has got to be somewhat strong and important.” 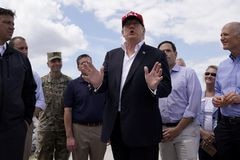 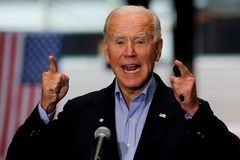 The great baseball books that should be in every fan’s library
Subscriber content
April 1, 2021 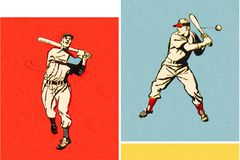