A top Chinese official has called on the United States to drop its extradition case against Huawei executive Meng Wanzhou, and demanded an end to sanctions against the country.

U.S. deputy secretary of state Wendy Sherman and vice-foreign minister Xie Feng on Monday held the first face-to-face talk between the two countries since a fiery summit in Alaska in March, when Chinese and U.S. officials had an angry exchange in front of reporters.

During the meeting in the northern Chinese city of Tianjin, Mr. Xie blamed Washington for the current “stalemate” in the relationship, and accused the United States of creating an “imaginary enemy” in China.

“Washington has been trying to contain China, thinking that will solve its problems, as if the only way for the U.S. to become great again is to contain China’s development,” Mr. Xie said.

He gave Ms. Sherman several demands, including that the U.S. abandon an attempt to extradite Ms. Meng from Canada, where she has been held since 2018. Ms. Meng, chief financial officer of Huawei Technologies Co. Ltd. and daughter of company founder Ren Zhengfei, is wanted in the U.S. on bank fraud charges, which she denies.

Shortly after her arrest, two Canadians – Michael Kovrig and Michael Spavor – were detained in China. The two men were later charged with espionage and went on trial this year, although no verdict has been announced in either case.

Ottawa has denounced their detention as “political” and an attempt at “coercive diplomacy.” Former Canadian and U.S. diplomats have said any negotiation for their release can only come from the U.S. side.

There has been greater optimism since U.S. President Joe Biden took office. The Globe and Mail reported this year that senior federal officials said Washington had assured Ottawa the Americans were willing to do all that is possible to win the release of the two Canadians once a four-month review of China-U.S. relations that began in March is completed.

During the meeting with Ms. Sherman, Mr. Xie gave his counterpart “two lists of major concerns,” according to Chinese state media: the lifting of sanctions and visa restrictions against Chinese officials and entities, and withdrawal of the warrant for Ms. Meng.

Beijing and Washington have hit each other with a raft of tit-for-tat sanctions, which began with a trade war under the Trump administration and have continued over concerns regarding Chinese actions in the Xinjiang region and Hong Kong.

At Monday’s meeting, the Chinese side “requested the U.S. to change course and correct its mistakes,” Foreign Ministry spokesman Zhao Lijian said at a news conference in Beijing.

“Co-operation needs to be based on mutual trust, on the premise of mutual benefit, and a good atmosphere of bilateral relations as a necessary condition,” he said, adding that the United States “cannot seek co-operation while harming China’s interests. This will not work.”

In response, the Canadian government said on Monday that Ms. Meng is being granted due process in her extradition case. She “has been and will continue to be afforded a fair process before the British Columbia Supreme Court in accordance with Canadian law,” Department of Justice spokesman Ian McLeod said.

In a summary of Ms. Sherman’s discussions in China, the U.S. State Department did not directly address Mr. Xie’s demand regarding Ms. Meng, but said Ms. Sherman had taken Chinese officials to task over the imprisonment of the two Michaels.

Ned Price, the department’s spokesman, said Ms. Sherman had “raised the cases of American and Canadian citizens detained in the [People’s Republic of China]” and “reminded PRC officials that people are not bargaining chips.”

Mr. Price said Ms. Sherman had read the riot act to her Chinese counterparts over a long list of human-rights abuses and belligerent international behaviour, including the “anti-democratic crackdown” in Hong Kong, “genocide and crimes against humanity” in Xinjiang, mistreatment of Tibet, actions toward Taiwan and in the South China Sea, and Beijing’s refusal to co-operate with the World Health Organization’s investigation into the origins of COVID-19.

“The deputy secretary raised concerns ... about a range of PRC actions that run counter to our values and interests and those of our allies and partners, and that undermine the international rules-based order,” Mr. Price said.

With a report from U.S. correspondent Adrian Morrow and senior parliamentary reporter Steven Chase in Ottawa 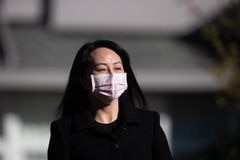 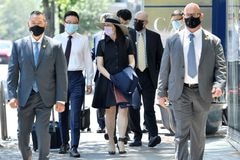 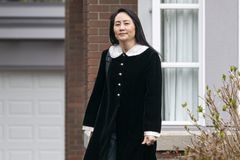