KYIV
The Associated Press
Published May 18, 2021 Updated May 18, 2021
Comments
Text Size
Please log in to listen to this story. Also available in French and Mandarin. Log In Create Free Account

Authorities blocked a popular news site in Belarus that extensively covered months of protests against the country’s authoritarian president, and they also raided the site’s office and the homes of some of its journalists.

Belarusian authorities maintained that Tut.by violated media laws by publishing content on behalf of BYSOL, a foundation that helps victims of political repression. They said the foundation lacked proper state registration. Officials also accused Tut.by of tax evasion and launched a criminal probe of the site’s top staff members, who could face charges that carry a maximum penalty of seven years in prison.

The authorities raided Tut.by’s offices in Minsk and other regions, and the homes of its journalists and employees on Tuesday, breaking the door leading to the apartment of Maryna Zolatava, the site’s chief editor. At least six Tut.by employees — including Zolatava and Tut.by journalist Alena Talkachova, whose apartment was also searched — were taken in for questioning, the Belarusian Association of Journalists said.

According to Tut.by, at least 12 of the site’s employees have been detained, and the whereabouts of several journalists from other media outlets who went to the news site’s office in the morning to cover the raid remained unknown. Tut.by said in its account on the Telegram messaging app that law enforcement officers also visited Yuliya Charnyauskaya, widow of the site’s founder, Yury Zisser, and she was hospitalized after suffering an episode of hypertension.

The U.S. Embassy in Minsk condemned the actions targeting the news site. “These efforts to stamp out independent thinking reflect the worst inclinations of the last century,” the embassy said in a statement.

Independent media in Belarus came under pressure in the wake of mass protests triggered by President Alexander Lukashenko’s disputed reelection. Lukashenko, who has ruled Belarus with an iron fist since 1994, won his sixth term in office in an August election. Opposition supporters and some poll workers said the election was riddled with fraud, and the opposition rejected the results.

Lukashenko also unleashed a harsh crackdown on the demonstrations, the largest of which drew up to 200,000 people. More than 34,000 people have been arrested since August, and thousands were brutally beaten.

The authorities have also targeted independent media outlets, detaining journalists covering the protests and leveling criminal charges against some of them. According to the Belarusian Association of Journalists, 16 reporters are currently behind bars awaiting trial or serving sentences.

The U.S. Embassy called Tuesday’s raids “the latest in a series of punitive actions directed against a media outlet whose primary `crime’ appears to be its objective reporting on peaceful protests resulting from the fraudulent 2020 elections and the regime’s violent and cruel actions in response.”

Last year, the Belarusian government stripped Tut.by of its media credentials. It continued to operate regardless, but two of its journalists remain in prison. Katsiaryna Barysevich was sentenced to six months over her investigation into a protester’s death, and Lyubov Kasperovich was sentenced to 15 days in jail Monday after covering a trial related to the protests.

The Belarusian Association of Journalists issued a statement Tuesday urging the Belarusian government to stop impeding the work of the media.

“The actions against the biggest and the most popular news site of the country are part of a deliberate government policy to restrict uncensored information in the country,” the statement said. “After the 2020 presidential election in Belarus, dozens of socio-political and media sites were blocked in Belarus, and a number of print outlets were forced to stop publishing.”

The European Union delegation to Belarus also condemned the crackdown on Tut.by in a Facebook statement.

“Tut.by has been the flagship of Belarusian journalism for the past 20 years, read and appreciated by most internet users in the country and many beyond it, as well as by diplomats working with Belarus. Freedom of the media must be upheld,” the statement said.

Opposition leader Sviatlana Tsikhanouskaya, who ran against Lukashenko in the August presidential election, called the actions of authorities Tuesday “a deliberate murder of the media and the independent site Tut.by.”

“The crowd of people who hold power in Belarus is a real occupation regime: They’re killing the media, they’re killing parties and communities, they’re killing us — in the streets and in prisons,” Tsikhanouskaya, who left Belarus under pressure from authorities and is currently in exile in Lithuania, said in a statement.

She added that she and her team were in touch with European Commission President Ursula von der Leyen, demanding an “immediate reaction from the EU.” 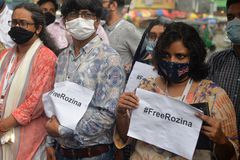 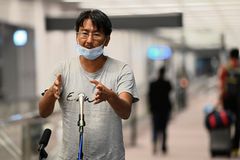 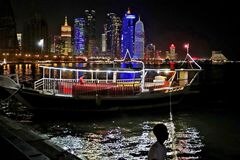