Well-suited to snow with its long legs, broad paws and speckled fur, the reclusive Canada lynx is only known to inhabit six zones south of the U.S.-Canada border.

One of them is Northwest Montana. While the animals’ numbers fluctuate with those of their prey, this area’s forests can support an estimated 200 to 300 lynx. “We’re at the southern periphery of the range of the species,” said Jim Zelenak, a biologist with the U.S. Fish and Wildlife Service (FWS).

Since 2000, that agency has listed lynx as “threatened” under the Endangered Species Act, a status that brings close scrutiny of actions that could affect their habitat. Now, Fish and Wildlife is considering taking the lynx off the list. In a region that’s home to both committed environmentalists and businesses that rely on lynx habitat, the move is already stirring controversy.

“There are still threats to lynx out there,” Arlene Montgomery, program director for Friends of the Wild Swan, told The Globe and Mail. These threats, she argued, come “from not just forest management, but from climate change, from fragmentation and connectivity.”

Caring for this reclusive cat means caring for the woodlands that shelter it. Lynx eat a steady diet of snowshoe hares and the conditions that provide one “tend to occur in moist and cold boreal forest habitats,” Mr. Zelenak explained.

About 18 per cent of Montana – nearly 6.9 million hectares – is managed by the U.S. Forest Service. The agency permits a variety of activities on these lands, from logging to ski resorts, which help drive the state’s economy.

In the 1990s, concerns grew that the lynx wasn’t protected from these activities. In 2000, the Fish and Wildlife Service, cited “the inadequacy of existing regulatory mechanisms” when it listed the Continental U.S. lynx population segment as “threatened.”

Following this decision, federal agencies had to consult with Fish and Wildlife on protecting the lynx before they granted permits, began construction or undertook any other work on its habitat. In 2007, the Forest Service adopted a set of changes, often called the “lynx amendments” to the management plans for 18 national forests, including Northwest Montana’s Flathead and Kootenai.

Those amendments added the lynx’s needs to the many factors that the Forest Service considers in the permitting process. Since their introduction, “we generally see lynx persisting on the places that they were before,” Mr. Zelenak said.

Environmentalists such as Ms. Montgomery have sought, and often won, even tighter lynx protections in lawsuits. But one of Northwest Montana’s key industries – logging – wants less oversight, not more.

“Nobody’s against the animals, but it’s the infringement on other things and the impact on other activities” that’s been problematic, said Chuck Roady, vice president and general manager at F.H. Stoltze Land and Lumber Company.

This firm, based 33 kilometres southwest of Glacier National Park, cuts about 25 per cent of its timber on federal lands. In recent years, it’s been dogged by worsening wildfires and a revived softwood trade dispute with Canada. Wildlife-management rules have been an unwelcome addition to these challenges.

“If you were just looking at lynx, it would be one issue,” explained Paul McKenzie, Stoltze’s lands and resource manager. “But you have lynx, and you have bull trout, and you have grizzly bears, and you have all the other things all in the same project area, so taken cumulatively, that’s where it becomes a challenge.”

The requirements established for all these species’ habitats, he and Mr. Roady agreed, had whittled down the amount of National Forest land where they could cut timber. They’ve been encouraged by Fish and Wildlife’s Jan. 11 announcement that it would propose delisting the species.

If successful, the step would remove the requirement for FWS consultation before a project. That change is a long way off. The delisting must first pass through a lengthy public comment and review process. If it succeeds, the FWS would monitor the lynx for at least five years. Rob Carlin, forest staff officer for Flathead National Forest, told The Globe and Mail that the amendments would remain in forest plans.

But the announcement has already sparked hopes among forest users like Stoltze, and their allies in Washington. U.S. Rep. Greg Gianforte, R-Mont., hailed it as “a win for both the lynx and Montana.”

Friends of the Wild Swan’s Montgomery disagrees. In 2014, her group sued FWS, obtaining a court order that it start preparing a recovery plan – a document that gives detailed guidance for restoring a listed species to health. “That’s really kind of the road map for getting off the Endangered Species Act and delisted,” she said.

By delisting now, Ms. Montgomery argued, the agency was trying to avoid crafting a plan – and leaving the lynx vulnerable to new threats.

These stressors could hit the lynx’s southern outposts hardest. The species still occupies 95 per cent of its historic range. But of its six inhabited zones in the lower 48 states, only Northwest Montana has better-than-even odds of supporting the animals at the end of this century, according to FWS’s recent species status assessment.

Ms. Montgomery hasn’t yet determined Friends of the Wild Swan’s next steps. But in her view, this outlook demands that the government manage these areas with care.

“Instead,” she lamented, “we’re seeing that they’re just kind of forging ahead.” 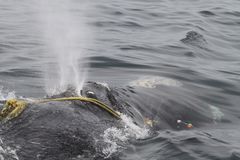 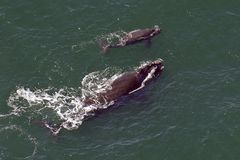 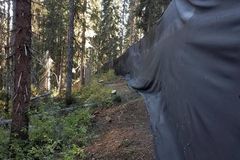