Bill Morneau is facing long odds in his quest to become the next head of the OECD – with those who closely follow the organization questioning his chances.

Mr. Morneau stepped down as finance minister this week and announced he would run for secretary-general of the Organization for Economic Co-operation and Development, which is based in Paris. He received the backing of Prime Minister Justin Trudeau, who promised that Canada would “vigorously support” his candidacy.

That might not be enough, especially considering that a Canadian recently held the post for 10 years, giving OECD members little incentive to pick another one. The United States, the OECD’s biggest financial backer, has put forward a candidate as well, and the Americans seem determined to lead the organization for the first time.

Mr. Morneau also left the government under a cloud because of his role in the WE Charity scandal, which could come back to haunt him during the OECD selection process.

“Minister Morneau is certainly highly qualified,” said Daniel Runde, a senior analyst at the Centre for Strategic and International Studies in Washington. “But the fact that a Canadian had it before the last secretary-general of the OECD was going to make his candidacy tough to begin with. Some of the recent events in Canada may make it even more difficult for him to win as well.”

Mr. Morneau was unavailable for comment, but a source close to him said the 57-year-old will push his experience in office, his global connections and his work on issues such as taxing digital companies, which has been a major topic at the OECD. The source, who is not being identified by The Globe and Mail because they can’t speak publicly about Mr. Morneau’s campaign, added that Canada is seen by many countries as an important broker between the U.S. and Europe, which could help his cause.

It’s easy to see why Mr. Morneau wants the job. Heading the OECD is a plum position that carries international clout and some nice perks.

While it’s often portrayed as little more than a think tank for a club of 37 wealthy countries, the OECD actually plays a pivotal role in setting global standards in areas such as taxation, trade, health care, environmental protection, social affairs and science. It has more than 300 committees that bring together some 40,000 experts from around the world to develop technical regulations that many countries eventually adopt. For example, the OECD came up with the “polluter pay principle,” which mandates that those who produce pollution should pay the cost of managing it. It has also worked on regulatory regimes for tax avoidance, artificial intelligence and genetic inventions.

The secretary-general oversees a staff of more than 3,000 people and manages a budget of almost €400-million ($622-million). For that, he or she is paid a tax-free salary of €226,731, plus allowances that can exceed €90,000. The job also includes rent-free accommodation in a 5,100-square-foot apartment in a posh area of Paris.

There have only been five secretaries-general since the OECD was founded in 1961, and the current leader, Angel Gurria, announced last month that he planned to step down when his five-year term ends June 1 next year. That kick-started the campaign to find his replacement.

Member states have until the end of October to put forward nominations. All the candidates go through a rigorous vetting process until the field is whittled down to a handful of contenders. There’s rarely a vote to determine the winner – the choice is made by consensus. The entire process can take months and is largely conducted behind closed doors.

There is plenty at stake. The OECD has been struggling with how to increase its membership and deal with China’s growing economic power, and members will be looking for a leader who can do both. The problem confronting the OECD is how to remain true to its core principles of open markets and democratic freedoms while still engaging with China on global regulation.

For Mr. Morneau to win, he’ll have to prove his international credentials and overcome some significant challenges. Foremost is the fact that Mr. Gurria’s predecessor was a Canadian – former federal cabinet minister Donald Johnston. Mr. Johnston held the position from 1996 until 2006, when Mr. Gurria, who is from Mexico, began the first of his three terms. It’s unlikely the OECD’s large contingent of European members, 26 in total, will be keen to see another North American take over.

“That might count against [Mr. Morneau],” said Richard Woodward, a lecturer in international business at Britain’s Coventry University. “The Europeans may say, ‘We’ve had enough.‘ ”

Dr. Woodward said the U.S. candidate – Chris Liddell, who is deputy chief of staff to U.S. President Donald Trump – will have a distinct advantage. Although Mr. Liddell, 62, has never held a ministerial position, his candidacy will have the backing of the U.S. government, which contributes 20 per cent of the OECD’s budget. He also holds New Zealand citizenship, which could draw support from that country. “If the Americans put someone forward, I’m presuming they are going to support him,” Dr. Woodward said. “And America of course is in a position to twist arms in a way that Canada probably is not.”

Another possible candidate is Australia’s Finance Minister, Mathias Cormann, who announced recently that he plans to leave politics in December. He reportedly has the strong backing of Prime Minister Scott Morrison for the OECD role. Mr. Cormann, 49, would be the first secretary-general from outside Europe and North America, which might appeal to the small but growing number of Asian members.

Estonia’s President, Kersti Kaljulaid, is a potential contender, too. Her presidential term ends next fall, and she could be seen as someone the European countries rally around. Ms. Kaljulaid, 50, spent 12 years as Estonia’s representative on the European Court of Auditors, which oversees the European Union’s finances, and she has strong contacts across Europe.

All of which leaves Mr. Morneau facing an uphill battle. “I’m not saying he has no chance at all,” Dr. Woodward said. “I don’t think he will be a shoo-in either.” 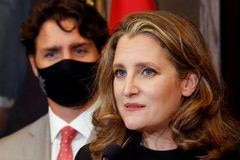 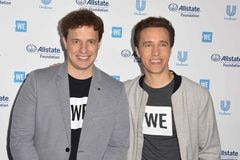