The discovery last week of a racist photo on Gov. Ralph Northam’s 1984 medical school yearbook page has served as a glaring reminder that Virginia — a former bastion of slavery and white supremacy— continues to struggle with mindsets shaped by its turbulent racial history.

Even as Virginia has grown more socially liberal in recent decades, evidence that its racist tradition is not yet a thing of the past is everywhere. Statues of Confederate leaders remain the defining feature of Richmond’s Monument Avenue and the state legislature still honours Confederate generals Robert E. Lee and “Stonewall” Jackson every year.

“When Virginia voted for Barack Obama in 2008, there was talk that Virginia was now moving into a new era. In actuality, Virginia faked left and went right,” said Gary Flowers, a Richmond native who is the former CEO of the Black Leadership Forum.

“This is a 400-year mode that’s going to take some time, but there has to be a radical restructuring of values,” Flowers said.

While there is much ugliness to overcome, the commonwealth’s history is a complex one that has been marked by contrasts.

Virginia was the birthplace of American democracy, but also of enslavement; Richmond was the capital of the Confederacy, but also the home of Douglas Wilder, the nation’s first elected black governor. A statue of black tennis champion Arthur Ashe sits on Monument Avenue alongside those of the Confederate Generals.

This year, Virginia will mark the 400th anniversary of the arrival in Jamestown of the first Africans to be sold as slaves in North America. Richmond’s now trendy Shockoe Bottom neighbourhood was the site of one of the largest slave trades in the country.

A major blot on the state’s history is its “Massive Resistance,” when Virginia’s governor in the late 1950s closed its public schools rather than heed the U.S. Supreme Court’s order to integrate them.

Northam’s yearbook photo showing someone in blackface standing next to a person in a Ku Klux Klan hood and robe has been but the latest reminder of the state’s hateful past.

The picture sparked outrage and widespread calls for his resignation, including condemnation from Virginia Attorney General Mark Herring. But the scandal escalated Wednesday, when Herring too was forced to acknowledge that he had put on blackface in 1980 to look like a rapper during a party as a 19-year-old student at the University of Virginia.

These were not isolated incidents.

A separate photo found in a 1983 UVA yearbook shows an unidentified student dressed up for a Halloween party wearing a blackface mask, a white hooded sheet and a noose around his neck, conjuring up an image of black lynchings.

As recently as 2013 or 2014, students who attended Eastern Virginia Medical School — the same one as Northam — were still posing in Confederate garb for the yearbook.

Virginia, the state with the largest number of Confederate monuments, statues and symbols in the nation, still hasn’t come up with a firm plan to respond to years of calls from the black community to remove them. In 2017, Charlottesville became a symbol of racial turmoil after a woman was killed when white nationalists from around the country rallied and rioted to protest the removal of a statue of Lee.

A year later, Republican Corey Stewart campaigned for U.S. Senate by openly embracing Confederate monuments. He won the Republican nomination and garnered 41 per cent of the vote in the general election, which he lost to incumbent Democratic Sen. Tim Kaine.

Christy Coleman, the chief executive officer of the American Civil War Museum, said Virginia struggles with its history but she also sees progress, citing the work of a coalition trying to address the state’s high eviction rates, which disproportionately affect minority communities.

“What you’re seeing is sort of this rippling effect, this progress that you talk about is absolutely present, but because we haven’t fully reconciled our history, we have these things that bubble up,” she said.

But deep into the 1960s it was still illegal for Virginians classified as “colored” to marry those classified as “white.” The 1967 U.S. Supreme Court case striking down such laws was brought by a Virginia couple sentenced to a year in prison.

In 1989, Wilder’s election was hailed as a defining moment in the state’s evolution on racial issues. The state’s vote for Obama in 2008 was also seen as a step toward progressiveness.

Shawn Utsey, chair of the Department of African American Studies at Virginia Commonwealth University, said the black community feels betrayed by Northam because his talk of equality and inclusion during the 2017 election was seen as a welcome contrast to the racially divisive rhetoric of President Donald Trump.

“We had our hopes high and we had the wind knocked out of us,” he said.

Centuries of history are hard to escape, said Karen Sherry, a curator at the Virginia Museum of History & Culture who is working on an exhibit on the struggle of black people in Virginia.

“While Virginia’s demographics and politics have been evolving in recent years, social change and change in people’s attitudes is often very slow in coming,” Sherry said. 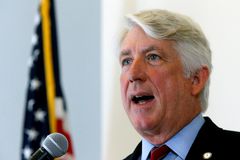