The annual celebration of Carnaval was drawing to a close in Brazil on Tuesday night – people were nursing hangovers – when Jair Bolsonaro jolted many into sobriety, with a tweet. The President told his 3.6 million followers that it pained him to do it, but he was sharing a video so that people would know the real truth about what happens at Carnaval.

He didn’t say where it was from, or when (it turned out to be from a São Paulo street party on Monday that had as its theme “celebrating diversity”) but he shared a video that showed a pair of minimally clad men dancing on a bus, culminating in one urinating on the head of the second. (The video should not be consumed in the presence of children or those with delicate sensibilities.)

Uproar ensued, with many Brazilians expressing outrage that the conservative President was misrepresenting a beloved cultural institution, plus requiring them to explain obscure sexual practices to their grandparents while watching the evening news. Indeed the President himself felt compelled to ask in a subsequent tweet, “What is a golden shower?” Mr. Bolsonaro’s core constituency of cultural conservatives immediately responded, praising him for exposing social rot.

While he did momentarily dominate the public conversation, the tweet appears to have been a serious misstep for Mr. Bolsonaro, alienating many of his allies in Brasilia and creating only a brief distraction from the travails assailing his 10-week-old administration.

“The last 10 days have been the worst since he became a credible candidate for the presidency – it’s not surprising that he should [do this]: It’s an easy cop-out and a textbook Trumpian technique to divert the discussion, to distract the press,” said Matias Spektor, a professor of international relations at the Getulio Vargas Foundation, a São Paulo university. "If there’s one thing he’s learned it’s that whenever difficult times come to his administration and to his family, an easy way out is to mobilize that section of his political base most committed to him personally and willing to go out on the street and show the flag for the President.”

Among Mr. Bolsonaro’s main problems: One of his sons, all three of whom are elected politicians, is embroiled in a corruption scandal that keeps growing despite his efforts to shut it down. The latest deposition, by a key aide to Flavio Bolsonaro, alleges illegal campaign finance activities and implicates Mr. Bolsonaro’s wife. “If the idea takes root in people’s mind that the Bolsonaros are as corrupt as the rest of the political class – when their commitment to end corruption was the biggest message that got them elected – that’s really bad news for the administration," Prof. Spektor said. (The President’s popularity rating, sky-high before he was sworn in, has slowly but steadily been dropping).

The other key issue that drew people to support Mr. Bolsonaro was persistently high unemployment. He promised sweeping privatizations and reforms, starting with an overhaul of Brazil’s generous pension system, which the private sector has complained for years is stifling growth. But the latest data show that unemployment is rising, not falling; economic growth projections for the year have been slashed on the basis of weak consumer confidence numbers. And Rodrigo Maia, the leader of Brazil’s lower house of Congress, an ostensible ally, told reporters last week that the President does not have the votes to pass his controversial pension reform.

The São Paulo writer Rita Lisauskas noted that Mr. Maia has said the only hope for economic reform is if the President leans into the messy business of horse-trading in the capital and gets it done. “When he decides to attack homosexuals through Twitter he changes the focus from his total incapacity to deal with Brazilian issues,” she said. “But this is not a campaign – he’s been elected, he needs to govern and he’s just not doing it,” apparently, she said, because the lifetime backbencher has no idea how.

Political columnist Bernardo Mello Franco said that he believed the President knew that he was being mocked at Carnaval parties across the country, where, after a long tradition of jeering at politicians, revellers dressed as characters in his son’s corruption case, or as oranges, for the Brazilian nickname for a person who serves as a front for a shady deal. “The pornographic tweet was a clear attempt at revenge,” Mr. Mello Franco wrote in the Rio newspaper O Globo on Thursday. But it insulted the millions of Brazilians who participate in the festival, most at family-friendly celebrations – and what, he asked, of the $2.4-billion that the Ministry of Tourism says Carnaval will inject into the economy this year?

Rather than calming the waters on Thursday, Mr. Bolsonaro, who is openly nostalgic for Brazil’s military dictatorship, shocked much of the country once again when he said, at a naval ceremony, that “democracy and freedom only exist if the armed forces agree and want them to.” Politicians, including many allies, and the retired general who is the vice-president, all condemned the statement. 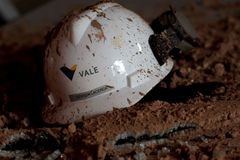 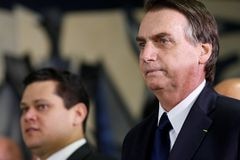 Brazil dam disaster likely had same cause as previous one: official
February 1, 2019 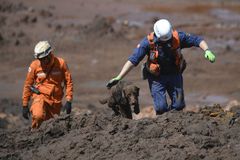