Now that Britain is finally on track to leave the European Union on Jan. 31, the country has become divided over a new Brexit issue: how to mark the occasion.

Prime Minister Boris Johnson has been put under pressure from Brexit backers to hold a national party on Jan. 31 complete with church bells ringing out across the country at the stroke of 11 p.m., the exact time Britain formally leaves the EU. But others have urged caution, arguing that Brexit remains a toxic issue for people who don’t believe that leaving the EU is something to celebrate.

On Friday, Mr. Johnson’s office tried to strike a balance and his officials announced a relatively low-key commemoration. The government’s plans include a light display and a clock countdown to 11 p.m. “projected on to the black bricks of Downing Street.” Union Jacks will be flown from flag poles in Parliament Square across from Westminster, and Mr. Johnson will make a televised address to the country. A commemorative Brexit coin will go into circulation with the inscription, “Peace, prosperity and friendship with all nations.”

“The government intends to use this as a moment to heal divisions, re-unite communities and look forward to the country that we want to build over the next decade,” Mr. Johnson’s office said in a statement.

The announcement isn’t likely to end the controversy over the celebration. A group called Leave Means Leave, backed by arch Brexiteer Nigel Farage, has organized a rival event on Jan. 31 in Parliament Square called The Brexit Day Celebration Party. The group is planning speeches, music and fireworks at 11 p.m. Mr. Farage also wants the public to submit lyrics for new Brexit songs set to the tunes of popular hits.

He and other Brexiteers have been pushing for Big Ben to chime at 11 p.m. on Jan. 31, even though the iconic clock is under repair and out of commission. The Elizabeth Tower at Westminster, which houses the 160-year old landmark, is undergoing extensive renovations that began in 2017 and end next year. The mechanism that rings Big Ben has been dismantled, and has been reassembled only to ring out on New Year’s Eve and Remembrance Day.

House of Commons officials said it would cost up to £500,000, or $850,000, to put the mechanism together for Jan. 31. That prompted several Members of Parliament to start a public fundraising campaign to cover the cost. “Every single donation is a poke in the eye for our mandarin class, who are clearly reluctant to celebrate our becoming a free country again,” said Tory MP Mark Francois, who helped launch the campaign.

At first it looked like the effort might work. More than £200,000 poured in from 11,000 people within a few days, and Mr. Johnson gave his backing for the effort. ”We are working up a plan so people can bung a bob for a Big Ben bong,” he told the BBC on Tuesday.

The plan quickly fizzled when the House of Commons Commission, which oversees the administration of Westminster, ruled out using donations to cover the cost. In a statement late Tuesday, the commission said Parliament “has well-established means of voting through the expenditure required to allow it to function.” Any funding outside of the process “would need to be consistent with principles of propriety and proper oversight of public expenditure.” House of Commons Speaker Sir Lindsay Hoyle, who chairs the commission, added: “You are talking about £50,000 a bong.”

Mr. Johnson could try to force the issue by introducing a motion in the House of Commons to compel the government to pay the cost. But he’s apparently backed away from the idea. "This is a matter for the House, who have indicated that they will not accept the money,” his spokesman told reporters on Friday. "The Prime Minister is focused on the government’s plans to mark Brexit on the 31st of January.”

That hasn’t appeased Mr. Francois, who is pressing Mr. Johnson to introduce a motion on Monday. Mr. Farage, too, has expressed outrage, and said he plans to play a loud recording of the bell’s bongs at 11 p.m. in Parliament Square.

Meanwhile, supporters of staying in the EU have been less vocal in outlining how they plan to mark the day. However, one EU campaigner, James Melville, has received strong support on social media for an idea he floated this week on Twitter; “Why don’t we start a crowdfunder to hire the Royal Philharmonic Orchestra to play the EU anthem ‘Ode to Joy’ on a boat on the Thames and light up the London Eye with the EU flag at 11 p.m. on January 31st as a touché to the Big Ben bongs for Brexit?” 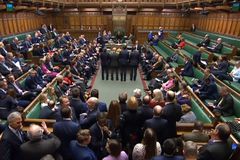 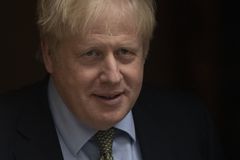 Opinion
Making the best of a bad Brexit
December 30, 2019 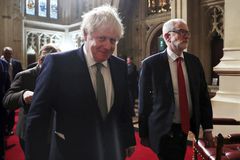