British Prime Minister Boris Johnson has called for a general election on Dec. 12 as a way out of the impasse over Brexit, saying voters deserve a chance to resolve the issue.

“It is our duty to end this nightmare and provide the country with a solution as soon as we reasonably can,” Mr. Johnson said in a letter to Labour Party Leader Jeremy Corbyn Thursday.

Under the country’s Fixed-term Parliaments Act, the next election isn’t due until May 5, 2022, so Mr. Johnson needs two-thirds of the House of Commons to agree to move the date forward. He has already failed twice to win parliamentary approval for a snap election, but he plans to try once more with a motion on Monday.

Mr. Corbyn refused to give his party’s consent and insisted Thursday that Labour won’t agree to an early election until it is certain Britain will not leave the European Union without a withdrawal agreement. “Take no deal off the table and we will absolutely support an election,” he said in response to the letter.

Britain is slated to leave the EU on Oct. 31, but that deadline is almost certain to be extended. EU leaders are considering a delay of up to three months – over the objections of Mr. Johnson, who has been adamant that Britain should leave at the end of the month.

Mr. Johnson has spent months saying Britain would pull out of the EU on Halloween, calling it a “do or die” commitment and adding that he’d rather be “dead in a ditch” than miss the deadline. But he has been forced to concede that there will be a delay after MPs voted this week not to speed up the ratification of a Brexit deal he struck with EU leaders. Mr. Johnson wanted the process completed by Friday and halted ratification after MPs balked.

In his letter to Mr. Corbyn, Mr. Johnson said that if the Labour Leader agreed to the early election, he would restart the ratification process and give MPs adequate time to review the proposed legislation – as long as they finished by Nov. 6, when Parliament is set to dissolve.

“This means that we could get Brexit done before the election on 12 December, if MPs choose to do so,” he wrote. He warned that if the opposition does not agree, he would withdraw the bill and continue to push for an election. Mr. Corbyn said Thursday that he wanted to see what EU leaders said about an extension before agreeing to an election.

The high-stakes showdown has left the country in limbo over Brexit. Mr. Johnson’s deal is on hold, and he could scrap it altogether, leaving Britain to face weeks of uncertainty and the possibility of crashing out of the EU without an agreement. If MPs refuse to back an early election on Monday, Mr. Johnson could still try to win ratification of the deal. The House has voted to support the proposed legislation in principle, clearing a crucial stage in the ratification process and handing Mr. Johnson a significant victory. However, he is worried that MPs will use the extra time to introduce changes such as calling for a referendum on the deal.

EU leaders are expected to announced Friday whether they will agree to extend the deadline for Brexit. While some leaders have voiced concern about a delay, it is widely expected they will agree to a Jan. 31, 2020, deadline – the time frame British MPs set out in a law passed last month that required the Prime Minister to seek an extension if he failed to win parliamentary approval for a deal by Oct. 19. He grudgingly made the request last Saturday.

Mr. Johnson has good reason to want a snap election. The Conservatives have a 10-point lead over Labour in opinion polls, and Mr. Johnson can argue that he has succeeded in getting a Brexit deal. However, he has alienated many voters in Scotland, where Brexit is not popular, and in London, which is also heavily against leaving the EU. He also faces a challenge from Brexit Party Leader Nigel Farage, who has criticized the Brexit deal as insufficient and accused the Prime Minister of failing to live up to his pledge to leave by Oct. 31. 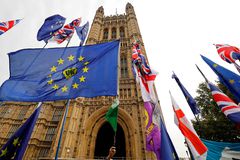 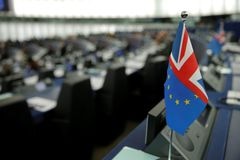 Boris Johnson’s Brexit deal is bad news, but a no-deal Brexit would be worse
October 22, 2019 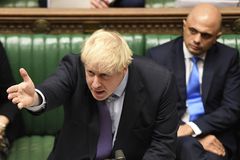