British Prime Minister Boris Johnson has offered a ray of hope to Britons fed up with weeks of lockdown by announcing that some restrictions will be eased for Christmas and by allowing fans to return to sports stadiums and theatres on a limited basis.

“For the first time since this wretched virus took hold we can see a route out of the pandemic,” Mr. Johnson told the House of Commons Monday. “The breakthroughs in treatment, in testing vaccines, mean that the scientific cavalry is now in sight,” he said, referring to the announcement that a third vaccine candidate had proven highly effective in trials.

Much of Britain, including all of England, has been under a near-total lockdown for almost a month as the country grapples with the rampant second wave of the pandemic. While the rate of infection has slowed, there are still almost 40,000 new cases each day and the number of people in hospital with COVID-19 remains high.

In a sign of the extent of the outbreak, Mr. Johnson had to make his statement via video link because he has been self-isolating in No. 10 Downing Street after coming into contact last week with an MP who later tested positive for the virus. Mr. Johnson fell seriously ill with the virus last April and spent three days in intensive care.

In his remarks, Mr. Johnson said the lockdown will end Dec. 2 in England, which will then return to a three-tiered system of regional restrictions. The measures in each tier have been toughened somewhat, and more parts of the country are expected to be included in Tier 3, which limits pubs and restaurants to takeout orders. Stores will be allowed to open in all tiers, and patrons can return to stadiums and theatres – as many as 4,000 for outdoor events and 1,000 indoors – in regions under Tier 1 and 2 restrictions.

Mr. Johnson also wants to ramp up rapid testing to reduce the time people have to spend in quarantine.

The government will announce the geographic distribution of tiers later this week. Scotland, Wales and Northern Ireland have already introduced tighter regional measures.

Mr. Johnson added that most restrictions will be relaxed across Britain for several days around Christmas to allow families to gather. “I can’t say that Christmas will be normal this year, but in a period of adversity, time spent with loved ones is even more precious for people of all faiths,” he said. “We all want some kind of Christmas. We need it. We certainly feel we deserve it.” However, he added that some measures will be required to ensure that the disease does not come roaring back in the new year.

Not all MPs have welcomed the government’s plans, including a group of 70 Conservatives who have openly opposed the measures. On Monday, Tory MP Sir Desmond Swayne likened Mr. Johnson’s announcement to Oliver Cromwell effectively banning Christmas celebrations in 1644. “The last ruler who told us how we may or may not celebrate Christmas was Oliver Cromwell,” Mr. Swayne told the House of Commons. “It didn’t end well, did it?” Christmas festivities resumed after the restoration of the monarchy in 1660.

Test results showed the vaccine was up to 90-per-cent effective. That’s lower than two other vaccine candidates – by Moderna Inc. and a joint venture of Pfizer Inc. and BioNTech SE – which reported 95-per-cent effectiveness. However, unlike Pfizer’s vaccine, the Oxford vaccine can be stored in a regular refrigerator and is easier to manufacture. “Our goal was to make sure that we have a vaccine that was accessible everywhere, and I think we’ve actually managed to do that,” Andrew Pollard, director of the Oxford Vaccine Group, told a news conference.

AstraZeneca AstraZeneca said it has the manufacturing capacity to make 700 million doses by the end of March and a total of three billion next year. That’s about three times the production volume of Moderna and Pfizer. And AstraZeneca’s production could cover even more people, as its test results indicated its vaccine worked best when volunteers received a half-dose and then a full dose instead of two full doses.

Pascal Soriot, AstraZeneca’s chief executive, said all three vaccines were critical. “Sometimes people think it is a competition, but if you add the capacity that Pfizer has announced, plus Moderna, plus our capacity, the three of us don’t even have enough vaccine production for the world,” he told reporters Monday. “So there’s no competition really. We need as many as we can so we vaccinate a sufficient number of people worldwide. So we stop this pandemic.”

AstraZeneca says its COVID-19 ‘vaccine for the world’ can be 90% effective
Subscriber content
November 23, 2020 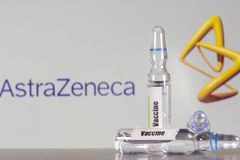 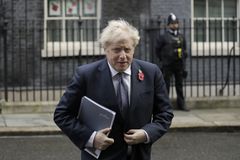 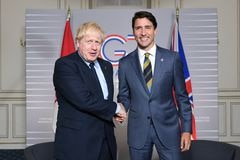