With a string of sausages round his neck and holding packs of “Boris bangers,” Boris Johnson extolled the virtues of new business in northern England as part of his pitch to become Britain’s next prime minister.

A day later, the man whose stint as foreign minister was marked by gaffes which have prompted some of his critics to question his suitability for high office couldn’t quite remember where the factory making the sausages was.

At a hustings on Friday in the northeastern town of Darlington, most of the Conservative members amassed to hear him and his rival, current foreign minister Jeremy Hunt, were sympathetic to the slip, laughing when he said he had been at the factory “somewhere in Yorkshire” the day before.

For others, it was yet another sign that the would-be prime minister, who has promised to take Britain out of the European Union “do or die” by Oct. 31, has little grasp of the detail needed to run a country going through turbulent times.

“He can’t even remember where he was. I can remember where I was at that time yesterday and I don’t want to be prime minister,” said William Oxley, 65, from the market town of Malton in the northern English region of Yorkshire, who is “prone” to backing Hunt.

Oxley’s is only one view among the tens of thousands of Conservative Party members who are now filling in their postal votes to determine who will lead their party and take over from Theresa May as prime minister on July 23.

Polling suggests that Johnson, a former London mayor who says only he can take Britain out of the EU and defeat main opposition Labour leader Jeremy Corbyn at the next election, is way out in front of Hunt.

For another Conservative, John Pollock, at the Darlington hustings, a less-than-perfect grasp of detail is no barrier to becoming prime minister.

“Boris is a leader, Jeremy is a doer,” Pollock said. “Boris doesn’t need to know the detail as long as he gets the right people to do their jobs.”

Both prime ministerial candidates have travelled around the country trying to drum up support among the governing party’s members.

The hustings – in cities and towns in England, Scotland, Wales and Northern Ireland – have seen the two trot out the same speeches, make some of the same jokes and then take questions from roomfuls of Conservatives to try to win them over.

Johnson has defended his gaffes and off-the-cuff remarks, saying he had apologized for some, including saying wrongly that a jailed Iranian-British aid worker had been teaching journalism in Iran, but also that other statements expressed “something that is true.”

At many of the hustings, the rooms appear mostly in Johnson’s favour, lapping up his main messages that he will lead Britain out of the EU, with or without a divorce deal, and that he is the best Conservative to beat off electoral threats from Labour and a new Brexit Party led by veteran eurosceptic Nigel Farage.

Peter Blackley, 24, a property developer and private landlord, who has more than 30 properties, said he was reluctantly backing Johnson because of those challenges.

“I am supporting Boris even though I think, I don’t want to use the word unhinged, but maybe unstable. I normally would want a more stable, trustworthy candidate, someone who you want to stay on for a couple of terms,” he said.

“Boris is a short fix just to get us through Brexit and get Corbyn out of the way,” he said in the northern city of York.

Many members interviewed at hustings said his red line of leaving the EU on the deadline of Oct. 31 was also theirs – if it is not delivered, he might not be prime minister for long.

David Driver, 59, a self-employed fund administrator who voted for the Brexit Party at an election for the European Parliament in May, said he would only vote for a Conservative Party with Johnson at its helm.

But Driver had a warning: If the Oct. 31 deadline passes with no Brexit “there are no two ways about it, Farage will be licking his lips and they will be toast.”

Trump lashes out at Britain’s ambassador for a second day after leaked memos
July 9, 2019 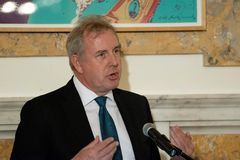 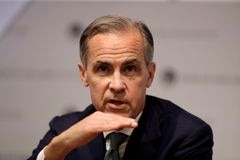 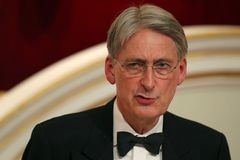