Weeks after Brazil experienced the COVID-19 pandemic’s deadliest month with 82,266 deaths recorded in April, medical experts in the country are already warning about a third wave.

Over the first few months of 2021, a punishing second wave – partly from the P.1 variant first identified in the city of Manaus – battered Brazil. Facing overwhelmed hospitals as well as oxygen and sedative shortages, the most populous country in Latin America saw April’s death toll surpass March’s record of 66,573 fatalities. But just as some states started to reduce public-health restrictions after daily infections and deaths declined since mid-April, COVID-19 cases are once again rising.

As of May 27, Brazil has confirmed more than 16.3 million cases and more than 456,000 deaths – the world’s second-highest death toll after the U.S. – since the beginning of the pandemic.

For Antonio Flores, an infectious disease specialist and medical co-ordinator for Médecins sans frontières (MSF) in Brazil, the upward trend signals the impending arrival of a third wave. He added that some municipalities are already seeing waitlists for intensive-care beds.

“There will be a third wave,” he said. “We just don’t know how hard and how fast it will hit, but we can say that it’s on the way because cases are going up again.”

There is already fear that this third wave would be devastating.

On top of the fact that Brazil is entering its winter months, a big concern revolves around its sluggish vaccine rollout, which started on Jan. 18. In a country of around 214 million people, the campaign has given out 65.27 million doses – with 20.6 per cent of the population receiving at least one dose and 10.1 per cent being fully vaccinated – as of May 27. The daily vaccination rate for most of May was also lower than the peak in mid-April, only surpassing it on May 24.

This slow pace frustrates Dr. Flores. He said Brazil has the expertise and infrastructure through its national immunization program to do better. In fact, during the swine flu pandemic, it administered more than 89 million vaccine doses in less than four months in 2010.

He attributed the problem instead to the federal government’s lack of co-ordination.

Brazil was slow to secure COVID-19 vaccines. Declining Pfizer’s offer for 70 million doses last year, the country decided to rely on AstraZeneca and Sinovac vaccines, which could be manufactured locally. But it has faced troubles sourcing raw materials for them, forcing some large cities to pause second-dose vaccinations. Brazil also later changed its mind and bought 100 million Pfizer doses in March, but it has only received a small fraction of that order so far.

The challenge is also more than just vaccine procurement.

Since the start of the pandemic, Brazil’s far-right President Jair Bolsonaro has repeatedly downplayed COVID-19: He disparaged mask-wearing and lockdown measures in favour of reopening the economy, promoted unproven drugs such as hydroxychloroquine, and stoked vaccine distrust. These actions are now being investigated as part of a Senate inquiry into his government’s pandemic management.

“There is no magic bullet,” Dr. Flores said. “There needs to be a change of direction from the federal government, and that needs to happen fast.”

Beyond the third wave’s potential physical toll, there are also worries about its impact on mental health.

Pedro Gordilho, a medical student in Sao Paulo, experienced the crushing load of responding to a peaking COVID-19 wave first-hand.

While he spent the first wave studying online, Mr. Gordilho was working as a generalist in the public-health system at the height of the second wave. Most days of the week, he would be testing and responding to COVID-19 patients from 7 a.m. to 7 p.m. And until he was vaccinated in April, he would only work and isolate himself in his room at home – a routine that “drove him crazy.”

The stress eventually pushed him to take antidepressants – though he has since stopped – and to seek therapy.

“I always knew I would put myself at risk in certain situations, but I was really scared of bringing a virus that could potentially kill my parents so easily at home,” Mr. Gordilho said, adding that his parents and siblings are still not yet vaccinated.

“It’s been really tiring the past few months.”

Now, he worries for his friends who will be rotating into his former role in the upcoming months with the impending third wave: “Honestly, it can get worse than March and April.”

For others, the stress can also come from facing rising inflation, hunger and unemployment.

Lili Vieira de Carvalho, executive director of the Vancouver Latin American Cultural Centre, sends money back monthly to support her elderly mother who lives in Petropolis, a city near Rio de Janeiro. With the monthly grocery bill for her mother and her two caregivers rising from $200 to $250 recently, she has felt the need to send more home.

In April, inflation was at 6.8 per cent – the highest rate since November, 2016. The costs of staples such as rice and beans have also risen by more than 50 per cent in the past year.

Ms. Vieira de Carvalho added that her family situation is still a “privileged” one. Over the past year, around 19 million Brazilians faced hunger, while more than half the country experienced food insecurity.

“Unemployment is huge. … A lot of people don’t have food to eat. Prices are going crazy,” she said.

Dr. Flores has noticed this challenge, too. He views it as another product of the federal government’s lack of co-ordination: Had it implemented a stronger response from the beginning, Brazil would have seen fewer cases and less long-term economic fallout.

Looking ahead, he said MSF will continue to focus on testing and contact tracing in Brazil’s North and Northeast regions, where the health system is more vulnerable.

“If you let the outbreak rip, the country will be a breeding ground for more variants,” Dr. Flores said.

“So how do you stop variants from emerging? By controlling the epidemic in the community – that’s a basic concept and it needs to be done.”

MSF is also calling on the international community to share resources and waive COVID-19 vaccine patent protections. After the U.S. expressed support for waiving these rights, Canada announced new funding on May 7 to support vaccine production and distribution, but did not state its position on the waiver idea.

And others are simply looking to survive this deadly pandemic year in Brazil.

“It’s really hard to have hope, but I try to have hope because that’s the only thing we have right now,” said Mr. Gordilho. “We just hope for the better.” 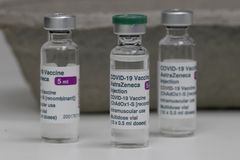 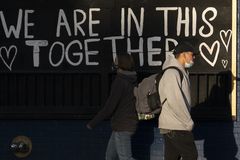 Latest cases of COVID-19 in Yukon confirmed to be variant first detected in Brazil
April 14, 2021 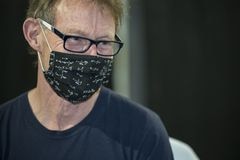