Brazil will replace the three heads of its armed forces, the Defence Ministry said on Tuesday, as Latin America’s biggest nation, already roiled by the pandemic, faced a growing crisis between President Jair Bolsonaro and the military.

The departure of Brazil’s three top military commanders comes a day after Bolsonaro’s most dramatic cabinet overhaul since taking power, included the shock departure of his defence minister. The ministry said the heads of the army, navy and air force would be replaced, without giving details in a statement.

Their exits underline the scale of the political and public health crises afflicting Brazil, which has become the global epicentre of the coronavirus pandemic. They also reveal a stark shift in relations between Bolsonaro, a far-right former army captain, and the career officers running the armed forces.

Since taking office in 2019, Bolsonaro has placed current and former military officials throughout all levels of his government, leading to concerns that the military’s reputation may be tarnished by its affiliations with his administration.

Bolsonaro’s pressure on top military officials for public displays of their political support ultimately soured relations and triggered the dramatic fallout this week, according to people familiar with the matter.

While Bolsonaro has railed against lockdowns, sowed doubts on vaccines and pushed unproven ‘miracle’ cures, the military has taken the outbreak very seriously.

In an interview this week adding to tensions with Bolsonaro, the army’s top health official said the force had managed to keep COVID-19 death rates to 0.13 per cent – well below the 2.5 per cent among the general population. He also advocated social distancing, urged mask use and warned of a likely third wave of infections.

“The army is extremely traumatized by the experience with Pazuello and decided to leave the front lines of the government, not just to preserve the army as a state institution, but also to save it from being written off as falling in line,” said Leonardo Barreto, the director of Vector Análise.

“It’s very clear to the army that it has a lot to lose in this process.”

The Defence Ministry said the decision to remove the three military chiefs was made in a morning meeting with incoming Defence Minister Walter Braga Netto and his predecessor, Fernando Azevedo e Silva, whose surprise replacement was announced on Monday.

Azevedo e Silva had told confidants he felt uncomfortable in government and that he was facing pressure from the president for the armed forces to show him greater loyalty, sources said.

After his departure, Azevedo e Silva spoke with several Supreme Court justices, who wanted to sound him out on the risk for constitutional threats ahead, sources said. One of them said that after those conversations, the justices came away convinced the military would avoid aggravating any political crises.

Under mounting pressure to slow a pandemic that has killed over 300,000 Brazilians, Bolsonaro made six cabinet changes on Monday in the biggest ministerial reshuffle to date.

Three ministers left the government, including Foreign Minister Ernesto Araujo, a China hawk whose departure followed mounting criticism from lawmakers of his failure to guarantee additional COVID-19 vaccine supplies from Beijing and Washington.

Bolsonaro seized on the loss of one of his most loyal allies to shore up support in his cabinet, putting his chief of staff in charge of the Defence Ministry and placing a federal police officer close to his family in charge of the Justice Ministry.

Opinion
Has the pandemic ended the world’s strongman surge? Brazil will be the big test
Subscriber content
March 12, 2021 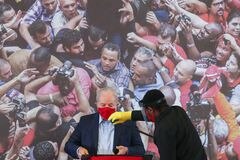 Brazil has not yet asked U.S. for vaccines, sources say, despite Mexico, Canada deal
March 19, 2021 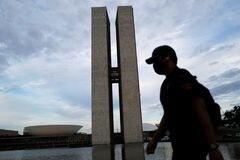 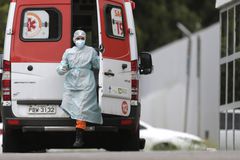