Coronavirus information
The Zero Canada Project provides resources to help you make the most of staying home.
Visit the hub
Gram Slattery
Reuters
Published May 3, 2020 Updated May 3, 2020
Comments
Please log in to listen to this story. Also available in French and Mandarin. Log In Create Free Account

Brazil’s President Jair Bolsonaro attacked Congress and the courts in a speech to hundreds of supporters on Sunday as the number of coronavirus cases blew past 100,000 in Brazil, underlining the former army captain’s increasing isolation as he downplays the impacts of the pandemic.

The right-wing President has drawn widespread criticism from across the political spectrum for dismissing the threat of the virus in Brazil, which has registered 101,147 confirmed cases and 7,025 deaths, according to the most recent data from the Health Ministry.

On Sunday, dozens of public figures signed an open letter to the Brazilian government calling on officials to protect the nation’s indigenous people, who often live in remote locations with limited access to health care.

At the same time, Mr. Bolsonaro faces the most serious political crisis of his mandate, after his popular justice minister, Sergio Moro, quit last week and accused the President of firing the federal police chief in a bid to appoint a personal ally to the post and obstruct graft probes targeting his sons.

On Saturday, Mr. Moro, among Brazil’s most popular public figures due to his tough stance on graft, presented testimony regarding possible obstruction of justice by Mr. Bolsonaro. Hours before, the President called Mr. Moro “Judas” on Twitter, referring to the apostle who betrayed Jesus.

As Mr. Bolsonaro’s relationship with legislators and the courts has cooled, he has become increasingly dependent on a cadre of advisers in his government who are active or former military.

As in an April rally also attended by Mr. Bolsonaro, demonstrators on Sunday called for the closing of the Supreme Court and Congress, and a return to authoritarian measures used during Brazil’s 1964 to 1985 military regime.

“We have the armed forces at the people’s side: the side of order, democracy, liberty,” Mr. Bolsonaro said in a speech transmitted live on Facebook.

“We want the best for our country. We want three truly independent branches [of government].”

Mr. Bolsonaro did not call for a military takeover at the rally in Brasilia, and such an occurrence is widely considered unlikely in Brazil, where Congress, the courts, the press and civil society wield significant power.

But political leaders have called Mr. Bolsonaro’s participation in anti-democratic rallies irresponsible, especially as he has spoken approvingly of the nation’s military dictatorship, which was responsible for hundreds of extrajudicial executions.

Mr. Bolsonaro, who did not wear a mask on Sunday, has dismissed the virus as a “little flu,” saying the economic fallout of quarantining measures will be deadlier than the virus itself.

The open letter on Sunday, which warned that loggers and ranchers could introduce the virus to indigenous communities in a development tantamount to “genocide”, was signed by celebrities ranging from U.S. television personality Oprah Winfrey to Brazilian supermodel Gisele Bündchen.

The government has banned people from entering indigenous reserves during the pandemic. However, the state has also cut down on law enforcement against illegal loggers and miners in remote regions as a safety measure.

At the Sunday rally, at least three photographers were attacked by demonstrators, according to a Reuters witness – an increasingly routine occurrence in Brazil, where Bolsonaro and other leaders routinely call the work of major newspapers “fake news.”

One photographer from São Paulo newspaper O Estado de S. Paulo, the Reuters witness said, was pulled off a ladder and repeatedly kicked in the ribs. 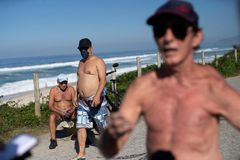 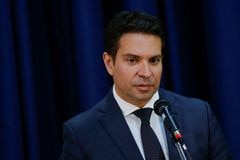 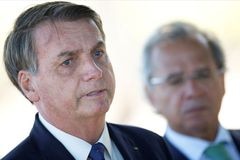