In May, facing urgent international demands for action after a string of massive wildfires in the Amazon, Brazilian President Jair Bolsonaro put the army in charge of protecting the rain forest.

Instead, the Associated Press has found, the operation dubbed as “Green Brazil 2” has had the opposite effect. Under military command, Brazil’s once-effective but recently declining investigation and prosecution of rain-forest destruction by ranchers, farmers and miners has come to a virtual halt, even as this year’s burning season picks up.

The Brazilian army appears to be focusing on dozens of small road and bridge-building projects that allow exports to flow faster to ports and ease access to protected areas, opening the rain forest to further exploitation. In the meantime, there have been no major raids against illegal activity since Mr. Bolsonaro required military approval for them in May, according to public officials, reporting from the area and interviews with nine current and former members of Brazil’s environmental enforcement agency.

The AP also found that:

— The number of fines issued for environmental crimes has been cut by almost half since four years ago, especially under Mr. Bolsonaro.

— Two high-ranking officials from IBAMA, the environmental agency, say they have stopped using satellite maps to locate deforestation sites and fine their owners – a once-widely used technique. IBAMA officials spoke on condition of anonymity because they were not authorized to talk to the press.

— IBAMA is no longer penalizing the heads of big networks of illegal logging, mining and farming, according to two other officials. Meat packers who sell beef from deforested areas now operate freely, according to three IBAMA officials.

The order putting the military in charge of fighting deforestation was initially due to end in June, but it was recently extended by Mr. Bolsonaro until November despite widespread criticism that it is making the problem worse.

At stake is the fate of the forest itself, and hopes of limiting global warming. Experts say blazes and deforestation are pushing the world’s largest rain forest toward a tipping point, after which it will cease to generate enough rainfall to sustain itself. About two-thirds of the forest would then begin an irreversible, decades-long decline into tropical savanna.

The Amazon has lost about 17 per cent of its original area and, at the current pace, will reach a tipping point in the next 15 to 30 years, said Carlos Nobre, a prominent climatologist.

Mr. Bolsonaro’s office and IBAMA did not respond to requests for comment, but Mr. Bolsonaro declared in May that “our effort is great, enormous in fighting fires and deforestation.” He also called reports of the forest on fire “a lie.”

Brazil’s Defence Ministry defended its record, saying its deployment was ’’an operation of multiple agencies” involving 2,090 people a day, along with 89 vehicles and 19 ships.

“Those figures are rising by the day, as resources become available and operations are gradually intensified,” the ministry said.

It said the operation had led to the destruction of 253 machines involved in illegal logging as of Aug. 24 but did not specify what type of machines or say anything about other illegal activities like mining.

While the threat under Mr. Bolsonaro’s administration is the latest and most severe, efforts to preserve the Amazon have been struggling for years.

In the 2003-11 administration of President Luiz Inacio Lula da Silva, Brazil developed a multi-agency plan to slow Amazon deforestation that worked well, according to virtually all observers. That ended in 2012 when the government of his successor, Dilma Rousseff, pardoned illegal deforestation prior to 2008, among other measures that emboldened violators. Many believe Mr. Bolsanaro will issue new pardons.

IBAMA once had more than 1,300 agents. That has dropped to about 600 since 2012, when the agency stopped hiring under Ms. Rousseff in an attempt to rein in spending.

In the field, IBAMA has hundreds of inspectors who are supposed to conduct investigations, raid illegal sites, issue fines, destroy equipment and request arrests by local and federal police, along with a corps of temporary contract firefighters. But after the last major raid by IBAMA against illegal mining in April, the two inspectors in charge were fired by the environment ministry, allegedly for “political-ideological bias.”

In 2016, the year Ms. Rousseff’s successor Michel Temer took office, there were almost 10,000 fines countrywide for environmental crimes, according to IBAMA’s website. In 2019, the first year of the Bolsonaro presidency, that shrank to 7,148. In the first six months of 2020, it stood at 3,721.

“There is a reduction in fines because the president doesn’t like them, campaigns against them,” an IBAMA inspector based in the Amazon said. He spoke on condition of anonymity because he was not authorized to speak with the press by agency heads in the capital, Brasilia.

“Appointees to local IBAMA offices know that,” the official said. “If a given unit fines too much, they get a call from Brasilia.”

Another IBAMA agent who has organized hundreds of raids countrywide said the agency also is no longer investigating the heads of big networks of illegal logging, mining and farming. That type of high-end investigative work slowed down under Mr. Temer, with some prominent exceptions, and stopped entirely under Mr. Bolsonaro, with new regional leaders of IBAMA offices tending to be former or active military or police officials seconded to civilian positions.

A simple but effective change could be issuing fines to land owners through satellite imagery-aided investigation. An IBAMA specialist on data said 70 per cent of deforestation in many areas can be located on aerial maps by Brazil’s space agency. That alone would allow IBAMA to find who owns the land in question and then try hold the owners accountable. That is not happening under the army, agency veterans said.

“We are not even trying now,” one high-ranking official said. 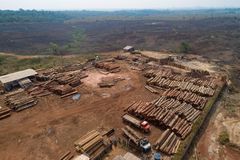 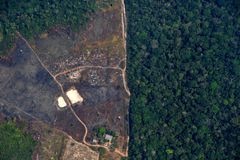 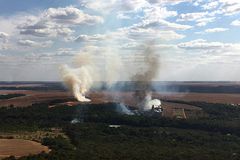