Brexit has come roaring back to the limelight in Britain with a fresh round of brinksmanship, acrimony and parliamentary showdowns.

Prime Minister Boris Johnson has sparked the latest crisis by introducing legislation that would undermine key sections of the withdrawal treaty he signed with the European Union last year. The move has been roundly condemned by EU leaders who say the proposed bill violates international law and dims hopes for a trade deal.

Five former British prime ministers of all stripes have also denounced Mr. Johnson for turning his back on the country’s treaty obligations, and up to 20 Conservative members of Parliament have threatened to vote against the measure.

“It is unconscionable that this country, justly famous for its regard for the rule of law around the world, should act in such a way,” Tory MP Geoffrey Cox, a former attorney-general, wrote in a newspaper article on Monday. “No British minister should solemnly undertake to observe treaty obligations with his fingers crossed behind his back.”

Mr. Johnson is standing firm and on Monday he told the House of Commons that the bill was the only way to protect the country’s interests during the continuing trade negotiations. He accused EU negotiators of running roughshod over the Northern Ireland protocol, a section of the withdrawal agreement that deals with the Irish border.

The bill will “protect this country against the EU’s proven willingness, and that’s the crucial point, to use this delicately balanced protocol in ways for which it was never intended,” he said. “No British Prime Minister, no government, no Parliament could ever accept such an imposition.”

The proposed law comes at a crucial time in the Brexit process. The withdrawal treaty took three years to negotiate and it formed the basis of Britain’s formal departure from the EU last January. Since then, the country has remained inside the bloc’s single market as part of a transition arrangement that runs to Dec. 31.

Both sides are supposed to use the transition to negotiate a far-reaching trade deal that would supplant all or part of the treaty. But the talks have floundered and if no deal is reached by the end of the year, the terms of the treaty – which are much more basic than a free-trade agreement – will take effect.

Mr. Johnson has never been a fan of the withdrawal treaty, which was largely negotiated by his predecessor, Theresa May. After replacing Ms. May as Conservative Party Leader and Prime Minister in July, 2019, he managed to negotiate a few changes to the treaty, but he couldn’t get that version through Parliament. He took his case to the electorate and won a massive majority in a snap election in December by telling voters the agreement was “oven ready” and would end the Brexit turmoil. After the election, Britain and the EU quickly ratified the treaty.

Mr. Johnson now seems eager to fix parts of the agreement that he never liked, especially the section relating to Northern Ireland.

Both the EU and Britain agreed to adhere to the 1998 Good Friday Agreement, which ended decades of sectarian violence and removed most controls along the Irish border. To ensure the border stays open, the treaty calls for Northern Ireland to abide by EU regulations so that goods can move freely back and forth. However, Mr. Johnson’s fear is that trade between Northern Ireland and the rest of Britain could be hampered because companies in other parts of the country that make products destined for Northern Ireland might have to follow EU rules. That would mean an effective border down the Irish Sea, something Mr. Johnson vigorously opposes.

The treaty calls for a committee of EU and British officials to work out how much trade between Northern Ireland and Britain would be subject to EU regulations. Mr. Johnson’s proposed law would upend that process by giving Britain the unilateral power to set the rules.

The Prime Minister argued on Monday that the EU had made it clear during the trade talks that it would seek to apply EU rules as widely as possible, causing havoc for Britain’s internal commerce. He added that he hoped a trade deal could still be struck. “But what we cannot do now is tolerate a situation where our EU counterparts seriously believe they have the power to break up our country,” he told MPs.

Several MPs said the bill would undercut efforts by Britain to force other countries such as Russia and China to obey international law. Tory MP Sir Oliver Heald told the House of Commons: “For our country to break its word and to breach international law is not something that we do. … Margaret Thatcher made clear herself how important it is on saying ‘Democracy is not enough without a love of liberty and the rule of law.’”

Mr. Johnson scored a victory late Monday when the bill passed an initial hurdle in the House of Commons by a vote of 340 to 263. But more votes are coming this week and several MPs have proposed changes to the bill that could win support. 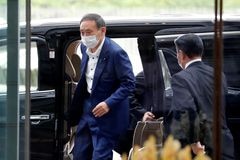 Here’s when it’ll be time to switch out of growth stars such as Apple and into unloved value stocks
Subscriber content
September 15, 2020 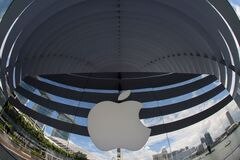 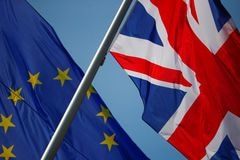