A bridge that’s crucial to delivering desperately needed food to much of Ethiopia’s embattled Tigray region has been destroyed, aid groups said Thursday, as Tigray fighters were said to be approaching other combatants occupying large areas nearby.

The destruction of the bridge over the Tekeze River “means aid efforts will be even more severely hampered than before,” the International Rescue Committee said in a statement. Tigray has the world’s worst hunger crisis in a decade, with the United States saying up to 900,000 people face famine conditions in a situation it calls “entirely man-made.”

It was not immediately clear who destroyed the bridge on a main supply route linking western Tigray, which is occupied by forces from the neighbouring Amhara region, and the rest of Tigray.

Aid groups were looking into reports of other key bridges destroyed. Meanwhile, Ethiopia’s government has prohibited aircraft to fly below 29,000 feet within the airspace over Tigray, according to a U.S. Federal Aviation Administration notice posted Wednesday.

The Tigray forces, emboldened after retaking the regional capital this week in a stunning turn in the eight-month war with Ethiopia’s military, have taken control of key towns this week, and several thousand of its fighters had been seen moving west.

The spokesman for the Tigray forces this week told Associated Press they would “liberate” the region from “enemies” including the Ethiopian forces, Amhara forces and soldiers from neighbouring Eritrea.

Ethiopia’s government, facing pressure from battlefield losses amid some of the fiercest fighting of the war, this week declared an immediate and unilateral ceasefire. Witnesses have seen Eritrean forces retreating toward the border Eritrea shares with Tigray.

Amhara authorities have warned the Tigray forces against trying to retake western areas. The Amhara regional spokesman, Gizachew Muluneh, told AP an investigation would be carried out into the bridge’s destruction. Ethiopian military spokesman Colonel Getinet Adane said that “we have the information about it but it will be disclosed in a press conference.”

The bridge’s destruction is “disastrous,” tweeted the administrator of the U.S. Agency for International Development. There are just four main roads into the Tigray region of six million people and now only one “might be passable,” Samantha Power said, since one is blocked by Amhara forces and another by fighting.

Humanitarian aid groups have been badly constrained in Tigray, with electricity and communications links still cut in the region. The Tigray fighters, who had long dominated Ethiopia’s government and military before a falling-out with Prime Minister Abiy Ahmed, have demanded the return of services to the region as a condition of any peace negotiations.

In a recent case of blocking aid, a 29-truck convoy carrying World Food Program supplies was denied access and had to return to the Amhara region earlier this week, a United Nations humanitarian worker said. The worker spoke on condition of anonymity for fear of retribution.

A WFP spokesman, Peter Smerdon, told AP the Tekeze bridge’s destruction “will have an impact, but we are currently assessing how much of an impact and whether there is an alternative route we could use to bring in urgently needed food stocks from Gondar to our warehouses in Shire.”

He did not say how soon those Shire warehouses would be empty if a supply route cannot be found. The rainy season now beginning in Tigray will further complicate matters.

The ceasefire is limited; Ethiopia’s government has said it will last only until the end of the crucial farming season in Tigray, which means September. 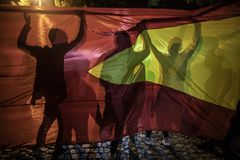 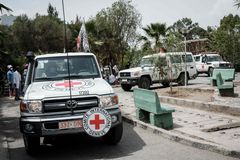 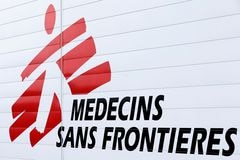