Coronavirus information
The Zero Canada Project provides resources to help you make the most of staying home.
Visit the hub
Paul WaldieEurope Correspondent
London
Published May 1, 2020 Updated May 1, 2020
Comments
Please log in to listen to this story. Also available in French and Mandarin. Log In Create Free Account

The Toronto Wolfpack has been dealt a new financial blow after the club was excluded from the British government’s $28-million emergency loan to the Rugby Football League.

The government announced on Friday that it will provide £16-million ($28.1-million) to support the rugby league, which is struggling to survive amid the COVID-19 pandemic. The money will be divided among clubs in the top Betfred Super League and two lower divisions. However, only clubs based in England are eligible, which excludes Toronto along with two teams based in France and two in Wales.

“We weren’t banking on it,” said Bob Hunter, the Wolfpack’s chief executive. “We do have a UK-based company, but because most of the players and staff are employed by a Canadian entity, [the decision] wasn’t surprising. ... We always thought it was a long shot.”

Rugby league has been in dire financial shape since play was suspended in mid March because of the coronavirus outbreak. Most clubs rely on ticket sales for a large part of their revenue and there has been growing concern that the sport could collapse. Oliver Dowden, the Secretary of State for Digital, Culture, Media and Sport, said on Friday that the government stepped in to “secure the survival of rugby league.”

“We’re not a wealthy sport,” RFL’s chief executive Ralph Rimmer said. “We don’t have a great string of wealthy owners and many clubs are under extreme pressure."

There’s also a political element to the loan. Rugby league has its roots in northern England and a largely working-class fan base. The league was created in Huddersfield in 1895 when a group of northern clubs broke away from the Rugby Football Union over the issue of paying players. The league switched to a 13-man code in 1906. Prime Minister Boris Johnson’s Conservatives made a historic breakthrough in northern England in the election last December and the Tories have been eager to build on that support, which had gone to the Labour Party for decades. England is also set to host the Rugby League World Cup next year and the government has been keen to see it take place.

But the financial aid does nothing for Toronto, which has also been shut out of the British government’s furlough program. It provides up to 80 per cent of the wages of workers who have been laid off because of the pandemic. “We get the double whammy,” Hunter said.

The Wolfpack has been able to take advantage of a similar wage subsidy program in Canada and the club has laid off 12 staff in Toronto. Players across the league have also agreed to take a pay cut totalling around 50 per cent, which Hunter said has helped “significantly”.

The club was already under financial pressure before the lockdown. The Wolfpack is ineligible for a share of the Super League’s television revenue this year, which will total around £2.3-million ($4-million) for each of the other 11 teams.

Toronto also has a hefty wage bill. The club is at the maximum of the league’s £2.1-million ($3.7-million) salary cap and last year it signed Sonny Bill Williams, a former New Zealand All Black in 15-man rugby union, to a two-year, $9-million contract. While most of his salary is exempt from the cap under the league’s marquee player rule, it’s a weighty financial responsibility. Toronto was also sitting last in the Super League, with a 0-6 record, when play was halted. The losing record could put the team in danger of relegation, which would be another financial hit.

Hunter said he’s hoping the league will resume play this summer and that the league will extend the season, which usually ends in October. “We’re being optimist that we can be back playing in another couple of months,” he said. “Right now we’re assuming we’re going to get all the games in that we haven’t played.”

As for the future of the Wolfpack, Hunter praised majority owner David Argyle for continuing to support the club and then added: “It is challenging to put it mildly.”

World Rugby set to announce election results Saturday, ahead of original May 12 date
Subscriber content
May 1, 2020 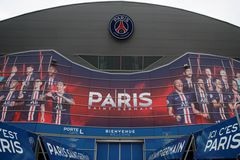 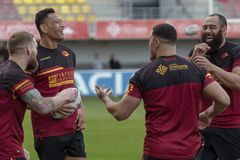