As much of Europe begins to tighten restrictions to curb a sudden surge in COVID-19 cases, Britain remains an island of calm and the government has no plans to change its relatively light-touch approach to the disease.

Infections in many European countries have soared in recent days and several countries, including Austria, Slovakia and the Czech Republic, have reported record daily case numbers. As a result, many governments have introduced curfews, new vaccine passport rules and tighter regulations surrounding face coverings. Austria has begun a national lockdown for at least 10 days and the government is pushing ahead with plans to make vaccinations mandatory in February.

The restrictions have sparked protests in several countries including Belgium and the Netherlands, where days of rioting have led to hundreds of arrests and widespread property damage. On Monday, Germany’s Health Minister, Jens Spahn, issued a blunt message as he urged people to get vaccinated. “Probably by the end of this winter, as is sometimes cynically said, pretty much everyone in Germany will be vaccinated, cured or dead,” Mr. Spahn said. 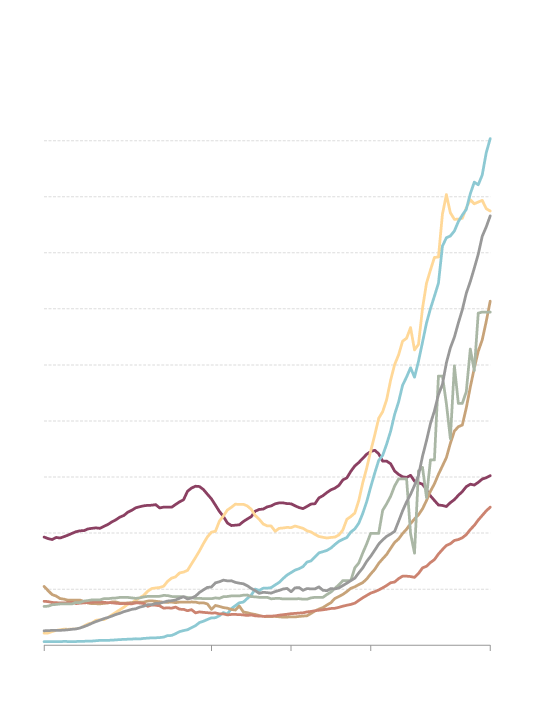 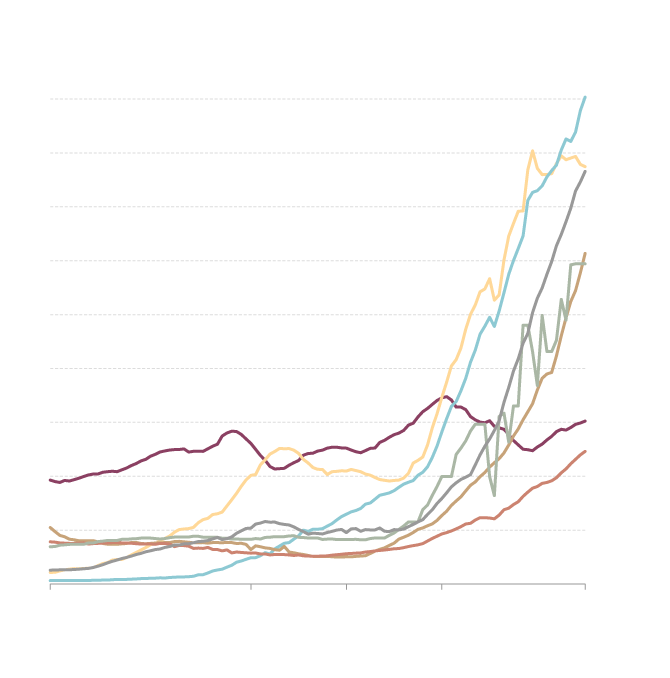 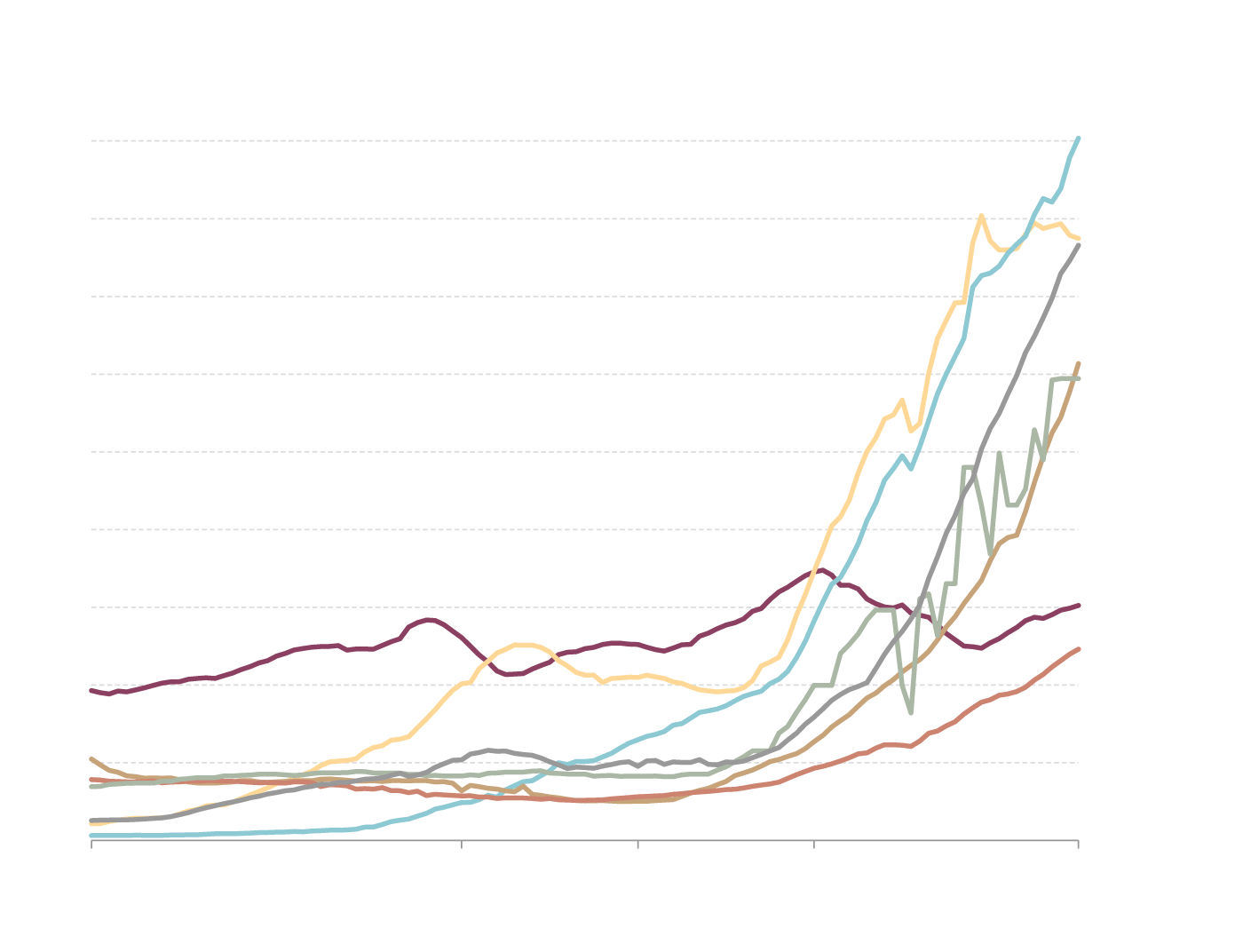 Britain, by contrast, has seen very little movement in its daily infection rate and there has been no attempt to tighten social restrictions, which are already minimal. Vaccine passports remain largely non existent across most of the country and there are few places where face masks are compulsory.

Instead, the government has been banking heavily on vaccines and hoping that Britons are slowly learning how to live with the virus. “We will probably, I hope, without being complacent, be the first major economy in the world to demonstrate how you transition [from] pandemic to endemic using vaccines,” Education Secretary Nadhim Zahawi said Monday.

The government has put a lot of faith in booster shots to avoid imposing tougher restrictions this winter. The booster program got off to a slow start last month but it has picked up pace and as of Monday more than 15 million people have received a third shot. Last week the National Health Service extended the eligibility for boosters to everyone over the age of 40 and it could soon expand the program to all adults.

“We have long warned that this horrid virus likes the winter, and likes the cold, dark days that that brings, but the one big difference here is our booster program,” Health Secretary Sajid Javid told the BBC on Sunday.

Mr. Javid has been eager to point to a study published last week by the UK Health Security Agency that highlighted the effectiveness of booster shots. The study found that two weeks after a third shot, the Oxford-AstraZeneca jab offered 93-per-cent protection against infections in adults aged 50 years. The Pfizer-BioNTech vaccine provided 94-per-cent protection, according to the study.

Prime Minister Boris Johnson has consistently ruled out going further and adopting the government’s “plan B”, which would involve introducing vaccine passports, face-mask mandates and work-from-home orders. He reiterated that on Monday, telling a business conference in London; “You have got to be humble in the face of nature but at the moment we see nothing in the data to say that we need to move from plan A to plan B, or any other plan.”

Some experts say that in many ways Europe has simply caught up to Britain. Until recently, Britain’s infection rate had been consistently higher than those of most European countries for months and the number of daily cases routinely topped 40,000. It’s only in the past few days that countries such as Austria, Slovakia, Slovenia, the Netherlands and Belgium have exceeded Britain’s daily tally. Austria’s infection rate has jumped 71 per cent in the past two weeks while in the Netherlands it has doubled.

Britain had one of the fastest vaccine rollouts in the world earlier this year and some experts say protection from those shots began to fade after about six months. Since most European countries trailed Britain in their initial vaccination drives, experts say the diminished immunity could be hitting those countries now, whereas it affected Britain last summer.

In addition to immunity wearing off, another possible reason is that some of those in several countries on the continent have only had a single dose.

Several health care experts have warned that Britain’s infection rate remains high and that the government should take heed from what’s happening in Europe. If case numbers continue to tick upward in Britain, “we will have no option but to limit virus transmission by introducing some form of vaccine passport alongside reintroducing compulsory face masks in crowded, poorly ventilated indoors spaces,” said Lawrence Young, professor of molecular oncology at the University of Warwick. “These are minor inconveniences that could really help us through the winter months alongside the continued rollout of booster vaccinations.”