Britain will prioritize access for high-skilled workers from around the world in its post-Brexit points-based immigration system, the government said on Tuesday, setting out its plans to put an end to a reliance on “cheap labour from Europe.”

Concern over the impact of high levels of immigration from the European Union was one of the key drivers behind Britain’s 2016 vote to leave the bloc and the government has said it plans to bring overall migration numbers down.

The new system, in place from Jan. 1, 2021, will assign points for specific skills, qualifications, salaries or professions and only give visas to those who have enough points. It will treat EU and non-EU citizens the same.

It will mark a sea change for businesses who have grown used to having access to a large pool of EU workers, particularly since 2004 when the accession of several former communist states in central and eastern Europe saw a big influx of migrants coming to Britain to work.

“We have got a number of routes through the points-based immigration scheme that will enable people to come here with the right kind of skills that can support our country and our economy,” interior minister Priti Patel said.

There will be no specific entry route for low-skilled workers, something the government hopes will help reduce migrant numbers.

“We need to shift the focus of our economy away from reliance on cheap labour from Europe and instead concentrate on investment in technology and automation. Employers will need to adjust,” the government said in a policy document.

But business groups said that many firms relied on overseas labour and cautioned there might not be enough domestic workers to tend crops, care for patients and serve food – a deficit that could undermine the world’s fifth largest economy.

Britain’s fruit and vegetable sector relies on up to 80,000 seasonal workers from the EU each year, but the government said its Seasonal Workers Pilot scheme would have just 10,000 places.

Trade association UKHospitality said ruling out a temporary, low-skilled migration route so soon would be “disastrous” for the hospitality sector it represents.

“Business must be given time to adapt,” said Chief Executive Kate Nicholls. “These proposals will cut off future growth and expansion and deter investment in Britain’s high streets. It will lead to reduced levels of service for customers and business closures.”

The Home Office said it would follow a recommendation made last month by the Migration Advisory Committee (MAC), an independent body which advises the government, to lower the minimum general salary threshold for skilled migrants to 25,600 pounds ($33,330) a year, from 30,000 pounds.

Skilled workers will need to meet criteria including the ability to speak English and will need to have a job offer.

The MAC estimated the impact of the government’s planned salary and skills thresholds would mean around 70 per cent of European Economic Area citizens who have arrived in Britain since 2004 would not have been eligible for a visa.

EU citizens will not need a visa to enter Britain as a visitor for up to six months.

Immigration from the EU has been falling since the 2016 Brexit vote, with official figures showing net migration by EU citizens in the year to June at its lowest since quarterly records began in 2009.

The government did not give a target level for annual net migration under its new system. Former Conservative governments have aimed for under 100,000 a year and net migration is currently running at just over double that. 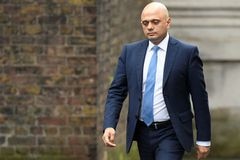 About 500,000 EU citizens yet to apply for U.K. residency after Brexit Subscriber content
February 6, 2020 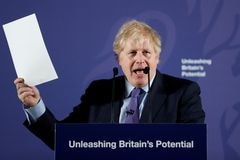