The European Union will not renegotiate the Brexit deal that Prime Minister Theresa May agreed, Commission President Jean-Claude Juncker said on Tuesday, as concerns grew that a successor to Ms. May could trigger a confrontation with the bloc.

Brexit is up in the air after Ms. May announced plans to step down, triggering a leadership contest in the ruling Conservative Party that could bring a new prime minister to power who wants a much more decisive break with the EU.

One of the candidates, Foreign Secretary Jeremy Hunt, said it would be “political suicide” to pursue a no-deal Brexit, a reprimand to front-runner Boris Johnson who said last week that Britain should leave with or without a deal by the end of October.

Mr. Hunt, who voted to stay in the EU in the 2016 referendum but now accepts Brexit, said he would try for a new agreement that would take Britain out of the EU customs union while “respecting legitimate concerns” around the Irish border.

The EU, though, said there would be no renegotiation.

“I will have a short meeting with Theresa May, but I was crystal clear: There will be no renegotiation,” Mr. Juncker said before a meeting of EU leaders in Brussels.

Irish Prime Minister Leo Varadkar said he believed the risk of Britain crashing out of the bloc without any divorce agreement was increasing.

“Well I think there is a growing risk of a no-deal. There’s a possibility that the new British prime minister may try to repudiate the withdrawal agreement,” he told reporters.

Any successor to Ms. May will have to accept that the Brexit divorce deal she agreed will not be ratified by the current British Parliament, so they will have to find a solution to the Irish border issue that upset many lawmakers.

Many Brexit supporters opposed her deal because of a “backstop” that requires Britain to adopt some EU rules indefinitely unless a future arrangement is found to keep open the land border between Northern Ireland and Ireland.

Under laws now in effect, Britain will automatically leave the EU on Oct. 31 without an agreement unless Parliament approves one first, the EU grants an extension, or the government revokes its decision to leave.

Pitching himself in contrast to Mr. Johnson and others who insist leaving the EU without a deal must remain on the table, Mr. Hunt said any such move would be blocked by lawmakers and trigger a national election.

“Trying to deliver no deal through a general election is not a solution; it is political suicide,” Mr. Hunt wrote in Tuesday’s Daily Telegraph. “A different deal is, therefore, the only solution – and what I will pursue if I am leader.”

Trade Secretary Liam Fox, who is not running for the premiership, said while leaving with a deal was preferable, the leadership candidates were agreed that leaving the EU without a deal was better than not leaving.

“If the EU doesn’t want to negotiate any changes – which I think would be unfortunate and I think would be quite surprising – then I think that of course does increase the chance of a no-deal exit,” Mr. Fox said during a trade visit to Egypt.

Rivals for the top job were quick to reject Mr. Hunt’s views.

“Political suicide actually lies in not having a clean break from the EU and not leaving on the 31st October,” Esther McVey, a Brexit hardliner and former minister who is standing for the leadership, said in a tweet.

Under the party’s rules for picking a new leader, Conservative lawmakers will select a shortlist of candidates and put them to the party’s members for a vote. So far, 10 candidates have said they are running.

The Conservative Party had a disastrous showing in European elections at the weekend, losing most of its support to a new Brexit Party, which topped the poll while calling for a swift no-deal exit from the EU.

Other parties that want to halt Brexit altogether also surged in the vote, leaving little space in the middle for Britain’s two main traditional parties, the Conservatives and Labour, both of which had campaigned in favour of a compromise.

Labour has since edged closer to a position that could make it possible to call off Brexit, saying a public vote – either a new national election or second referendum – is the way to reunite the country.

Several of Labour’s senior figures have called on its leadership to go further and openly call for a new referendum in which the party would campaign to stay in the EU. 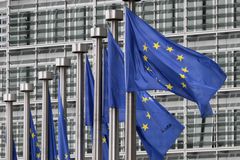 Big win by Farage’s Brexit Party piles pressure on Britain’s Conservatives to sort out impasse
May 27, 2019 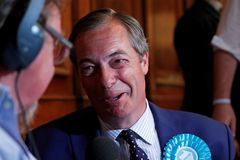 France, Germany on collision course over Juncker’s successor at EU
Subscriber content
May 28, 2019 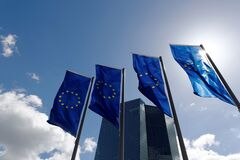