The British government has announced the country’s biggest corporate tax hike in almost 50 years in a bid to slowly fill the fiscal hole left by the pandemic.

Rishi Sunak, the Chancellor of the Exchequer, announced Wednesday that Britain’s corporate tax rate will rise to 25 per cent from 19 per cent in April, 2023. It’s the first time the rate has been increased since 1974 and comes after successive Conservative governments have lowered it from 28 per cent over the past decade. The government also plans to freeze several personal tax allowances for four years starting in 2022.

“These are significant decisions to have taken, decisions no chancellor wants to make,” Mr. Sunak told the House of Commons as he unveiled the government’s 2021 budget. “I recognize that they might not be popular, but they are honest.”

Like most countries, Britain has increased spending to cope with the pandemic, and debt levels have reached near-historic highs. Britain has spent almost £400-billion ($705-billion) on various programs to support businesses and workers, and Mr. Sunak announced Wednesday that several of those measures will continue until September. As a result, government borrowing topped £350-billion in 2020, the highest since the Second World War, and the country’s total debt is now almost 100 per cent of gross domestic product.

“The amount we have borrowed is comparable only with the amount we borrowed during the two world wars,” Mr. Sunak said. “It is going to be the work of many governments, over many decades, to pay it back.”

While Mr. Sunak had been warning for days that tax hikes were coming, the increase in the corporate rate was higher than many expected.

“Make no mistake, this proposed increase in the main rate of corporation tax is a big reversal of decades of policy direction and a significant risk,” said Paul Johnson, director of the Institute for Fiscal Studies, a London-based economic think tank.

He added that the budget called for the biggest net tax increase in 30 years. “The fact that [Mr. Sunak] felt constrained to raise taxes by hitting companies and through freezing allowances, rather than through more explicit rises in people’s taxes, suggests there are limits to how far he wants to level with us, as he attempts to raise the overall tax burden to its highest sustained level in history.”

Tony Danker, director-general of the Confederation of British Industry, said “moving corporation tax to 25 per cent in one leap will cause a sharp intake of breath for many businesses and sends a worrying signal to those planning to invest in the U.K.”

The Office for Budget Responsibility, the government’s fiscal watchdog, said the corporate rate increase would generate £17-billion a year for the government by 2025. All the tax increases in the budget will “increase the tax burden from 34.0 to 35.0 per cent of GDP in 2025-26, its highest level since Roy Jenkins was Chancellor in the late 1960s,” the OBR said in an analysis released Wednesday.

Mr. Sunak sought to cushion the blow by boosting tax deductions for business investment and keeping the tax rate lower for small businesses. He’s also hoping that, as the pandemic eases, the economy will rebound faster than expected.

Britain has been hit harder by COVID-19 than most European countries, and its economy shrank 9.9 per cent last year, the worst performance among the Group of Seven countries. However, the rate of infections and the number of hospitalizations have fallen sharply in recent weeks, mainly because of strict lockdown measures and a successful vaccination drive. The government recently announced plans to slowly ease restrictions over the next three months, and there are signs the economy is bouncing back.

Figures released Wednesday showed the service sector has begun to recover. The IHS Markit/CIPS UK Services Index jumped to 49.5 in February from 39.5 in January. While that was still less than 50, which indicates the sector is expanding, the February figure was the highest reading since November.

“The rapid rollout of effective vaccines offers hope of a swifter and more sustained economic recovery,” the OBR said in its report. The agency forecast the economy will grow by 4 per cent in 2021 and regain its prepandemic level by mid-2022, six months earlier than it predicted last November. The unemployment rate is expected to reach 6.5 per cent this year, up from the current rate of 5.1 per cent but lower than the 7.5 per cent the OBR forecast in November.

There remain plenty of uncertainties. The virus could come surging back, and the extent of the economic damage may not be fully realized until all the government support measures have been lifted.

“There’s still a long, difficult spring to overcome, and optimism that the vaccine rollout will bolster consumer confidence must be translated into quick revenue if more businesses aren’t to fall by the wayside,” said Danni Hewson, a financial analyst at the London investment firm AJ Bell.

Head of U.K. program that tracks COVID-19 variants says virus may have reached ‘plateau’ in terms of evolution
March 2, 2021 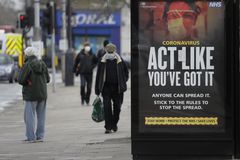 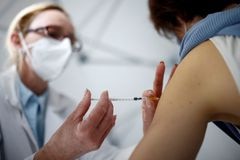 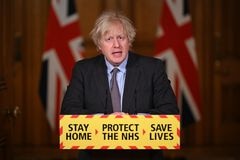