The British government has extended its lockdown restrictions for at least another three weeks and indicated that some physical distancing measures could remain in place much longer.

Prime Minister Boris Johnson imposed a lockdown on March 23 as a way of stopping the spread of COVID-19, which has killed more than 13,000 people in Britain. Schools have been closed along with nearly all shops, restaurants and pubs.

On Thursday, Foreign Secretary Dominic Raab, who is standing in as prime minister while Mr. Johnson recovers from the disease, said that even though progress has been made, the lockdown had to remain in place. “We just don’t have the infection rate down as far as we need it,” Mr. Raab told a news conference. "Any change to social distancing measures now would risk significant increase in infections.”

Mr. Raab dodged questions about when the lockdown might be eased and said the government would monitor a range of indicators, including hospital admissions, the amount of daily testing and the death rate. Several countries in Europe, including Italy, Spain, Germany and Austria, have begun lifting restrictions but so far the British government has not said when or how it will follow suit.

Mr. Raab hinted on Thursday that it could be weeks before all the measures were revoked. “The Prime Minister said at the outset that it would take three months to come through the peak and I think that broadly is still the outline,” he said. “We can’t give a definitive time frame because that would be to prejudge the evidence ... but our message to the British public is there is light at the end of the tunnel.”

The number of confirmed cases in Britain topped 100,000 on Thursday but the growth rate has slowed. Hospital admissions across much of the country have also begun to decline and health experts said the pandemic is showing signs of peaking.

Nonetheless keeping the lockdown in place was important “in order to drive the numbers down and to get ourselves into a position where we can see that this is really now deceasing as an epidemic,” said Sir Patrick Vallance, the government’s chief scientific adviser.

There has been growing pressure for ministers to outline some strategy to reopen the country in whole or in part. Thousands of businesses have closed down, unemployment has soared and figures released this week indicated that the number of deaths unrelated to the virus has been climbing sharply.

Health experts worry that the higher mortality rate is linked to hospitals focusing on COVID-19 instead of other conditions or people not seeking medical attention because of the lockdown. Chris Whitty, the government’s Chief Medical Officer, said officials “are absolutely looking at how these work and how they interact.”

As the debate over the lockdown increased, the Office for National Statistics published a survey on Thursday that illustrated just how hard the COVID-19 crisis has been on people. The agency’s opinions and lifestyles survey found that 53 per cent of adults said the lockdown had affected their well-being and 46 per cent reported high levels of anxiety. Just more than 84 per cent said they expect the British economy to get worse over the next 12 months and one-third thought it would take between four and six months for life to return to normal.

The country did get some heartwarming news on Thursday, though. A 99-year old military veteran, Captain Tom Moore, has become a national hero after raising more than £15-million ($26.4-million) for a charity that helps National Health Service workers. Mr. Moore completed 100 laps around the garden of his home in Bedfordshire, north of London, with the help of a walker.

Mr. Moore started the effort last week with a few laps per day at the house he shares with his daughter and grandchildren. His goal was to reach 100 laps before his 100th birthday on April 30 and he initially hoped to raise £1,000.

His quest quickly became a social media phenomenon and donations poured in from around the world. He was given a guard of honour by a local military troop on Thursday as he completed the last lap on live television. “I never dreamt I would be involved in such an occasion as this,” he said.

More than 300,000 people have now signed a petition calling for him to be knighted.

“This is such an inspiring story and extraordinary act of solidarity,” Tedros Adhanom Ghebreyesus, director-general of the World Health Organization, said on Twitter. “Thank you so much Capt. Tom Moore for such a wonderful idea and lesson of humanity!” 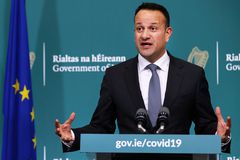 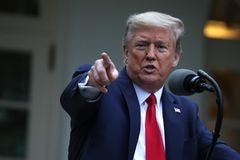 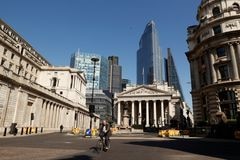