British lawmakers on Thursday approved proposals to make it harder for the next prime minister to force through a no-deal Brexit by suspending parliament, showing again their resolve to stop a divorce from the European Union without an agreement.

The three-year Brexit crisis is deepening as Boris Johnson, the favourite to win the premiership, has pledged to leave the EU with or without a transition deal on Oct. 31, setting Britain on a collision course with the bloc and his own parliament.

The OBR budget watchdog underlined the high stakes, saying Britain might be entering a full-blown recession that a no-deal exit from the EU would only compound, blowing a 30-billion-pound ($37.46-billion) hole in the public finances.

Johnson, a Conservative ex-foreign minister, has refused to rule out “proroguing,” or suspending, the House of Commons to prevent lawmakers from passing legislation to block his Brexit plan if he tries to exit without a deal.

In a bid to complicate any such manoeuvre, lawmakers adopted by a 315-274 margin a proposal that would require parliament to be sitting to consider Northern Irish affairs for several days in September and October even if it was suspended.

They also endorsed a requirement for ministers to make fortnightly reports on progress toward re-establishing Northern Ireland’s collapsed, devolved executive and to give lawmakers an opportunity to debate and approve those reports.

The measures do not amount to an outright block on suspending parliament but could make it much more difficult to bypass lawmakers. It is yet to become law, but it is not expected to be rejected.

Those hoping to stop a no-deal Brexit believe that if parliament is sitting in the run-up to Oct. 31 they will have the chance to prevent Britain leaving without a deal, the current legal default position.

“We are responsible for ensuring, or trying to ensure, good governance … we’re supposed to be the protectors of the nation,” Conservative lawmaker Dominic Grieve, one of those behind the proposal, said during the debate ahead of the vote.

If a Northern Irish assembly, which collapsed in 2017, is re-established over the summer, the opportunity to use this legislation to block a no deal would fall away as the government would no longer need to report on its progress. This is not expected to happen, however.

Brexit without a divorce deal – as anti-EU hardliners would like – would abruptly wrench the world’s fifth largest economy away from the bloc. Critics say this would undermine global growth, buffet financial markets and weaken London’s position as the pre-eminent international financial centre.

A no-deal Brexit could cause the economy to contract by 2 per cent by the end of 2020, the OBR said, citing International Monetary Fund forecasts. Eurosceptic Brexiteers assert that the economy slowed by less than feared after the 2016 Brexit referendum, and that such forecasts are simply scaremongering.

Opponents of a no-deal Brexit say it would be a disaster for Britain and many lawmakers say their duty would be to prevent any leader from triggering such a course.

The results of a Conservative membership ballot to choose the next party leader and prime minister will be announced on July 23, with incumbent Theresa May resigning the next day, ousted after she failed three times to win parliamentary ratification of the Brexit deal she reached with the EU.

A junior culture minister resigned after being among 17 Conservatives who rebelled against the government to vote for the proposals on Thursday to beef up parliament’s ability to hamper a no-deal Brexit.

Business minister Greg Clark and international development minister Rory Stewart both abstained on the vote, but do not plan to resign, their aides said.

British media reported that pro-EU finance minister Philip Hammond, who is likely to be sacked if Johnson wins the top job, also abstained. Hammond commented on Twitter: “It should not be controversial to believe that Parliament be allowed to sit, and have a say, during a key period in our country’s history.”

A spokesman for May’s office said: “The Prime Minister is obviously disappointed that a number of ministers failed to vote in this afternoon’s division. No doubt her successor will take this into account when forming their government.”

U.K.’s Johnson declines to comment on plan to send lawmakers away before no-deal Brexit
July 17, 2019 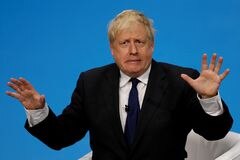 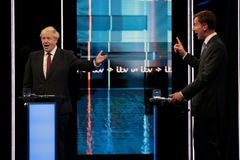 Opinion
Boris Johnson is not a British Donald Trump - he is the product of old elite politics
Subscriber content
July 2, 2019 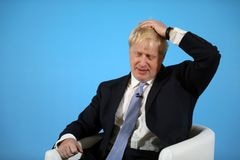