British Prime Minister Boris Johnson’s ability to stretch the truth is almost legendary and his penchant for clever one-liners has frequently landed him in hot water.

But the Prime Minister is now facing a barrage of accusations and a formal investigation into whether he has told the full story behind a pair of scandals that have rocked his leadership. He’s been accused of taking at least £58,000, or $99,800, from Conservative Party donors to renovate his Downing Street living quarters and for allegedly telling advisers last fall he would rather “let the bodies pile high in their thousands” than impose another lockdown.

“What do we get from this Prime Minister?” Labour Party leader Sir Keir Starmer asked during several heated exchanges with Mr. Johnson in the House of Commons on Wednesday. “Dodgy contracts, jobs for their mates and cash for access. And who’s at the heart of it? The Prime Minister. Major Sleaze sitting there.”

Mr. Johnson has denied any wrongdoing and insisted that the public is more focused on the country’s successful vaccination campaign. He has insisted he didn’t make the “bodies” comment and he paid for the renovations.

“I think people will think it absolutely bizarre that [Sir Keir] is focusing on this issue,” he said. “What I believe has been strained to breaking point is the credulity of the public.”

His denials have done little to ease the outcry and instead raised more questions about what he hasn’t disclosed. Mr. Johnson has refused to say whether Tory donors initially footed the bill for the refit, and he hasn’t commented on reports he planned to set up a trust fund so others could contribute.

On Wednesday, the Electoral Commission launched an investigation into the arrangements. “We have been in contact with the Conservative Party since late March and have conducted an assessment of the information they have provided to us,” the commission said in a statement. “We are now satisfied that there are reasonable grounds to suspect that an offence or offences may have occurred.”

Two other probes are also under way. One is by an independent government adviser on ministerial interests and the another is headed by Simon Case, the Cabinet Secretary.

Several media outlets have also refused to back down on the “bodies” comment, despite Mr. Johnson’s denials. The Daily Mail was first to report the quote last week, citing unnamed sources, and several other newspapers and broadcasters have confirmed versions of the story. At the time he allegedly made the comment, last October, Britain had one of the highest death totals from COVID-19 in Europe and infections were soaring.

Mr. Johnson has challenged the anonymous sources to come forward. “I didn’t say those words,” he told the House of Commons before demanding the opposition “produce the author, the person who has claimed to have heard it.”

One former aide who is willing to speak about Mr. Johnson’s conduct is Dominic Cummings, a one-time key adviser to the Prime Minister who resigned last December after a bitter falling out.

Mr. Johnson has privately blamed Mr. Cummings for leaking stories about the apartment renovations, and last week Mr. Cummings struck back. In a lengthy blog post, he denied being a source for stories but confirmed Mr. Johnson’s plan to create a trust fund to cover the renovations.

He has offered to turn over text messages and other documents to a parliamentary committee that’s probing the scandals as well as Mr. Johnson’s handling of the COVID-19 pandemic. “It is sad to see the PM and his office fall so far below the standards of competence and integrity the country deserves,” Mr. Cummings said.

The controversy hasn’t yet had much of an impact on Mr. Johnson’s standing in opinion polls. His popularity has been climbing in recent months thanks to the government’s vaccination program, which has been among the fastest in the world. However, the level of public support will be tested next week when millions of people vote in local elections.

“The Conservatives are still riding high in the polls – over 40 per cent – and are broadly where they were when they won the election in 2019,” said Matthew Goodwin, a professor of politics and International relations at the University of Kent. “Boris Johnson is somewhat similar to Donald Trump in appearing as the Teflon Don. Having said that, he has made the potentially fatal mistake of falling out with his combative consiglieri, Dominic Cummings. There are people who bring a gun to a knife fight. Cummings tends to bring a bazooka.” 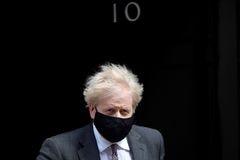 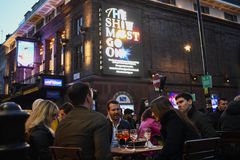 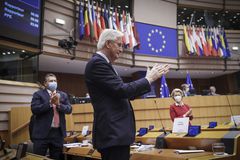