Britain has become enthralled with beavers and the industrious rodents are on the verge of making a comeback in the country after being hunted into oblivion 400 years ago.

More than a dozen research projects have been launched to see whether beavers can be reintroduced in England and Scotland without causing disruption to farmers or local ecosystems. A study released on Monday by researchers at the University of Exeter has given beavers a ringing endorsement and it could clear the way for the government to allow their widespread release.

"I think we’ve all been surprised by these amazing animals’ ability to thrive, once again, in our wetland ecosystems,” said Mark Elliott of the Devon Wildlife Trust, which launched the first beaver release project in 2015. “It also shows their unrivalled capacity to breathe new life into our rivers and wetlands, very few of which are in good health.”

Eurasian beavers, as distinct from the North American variety in Canada, are native to Britain and they once roamed far and wide. They became extinct in the 16th century after being killed off for their pelts, meat and “castoreum,” a waterproofing oil secreted from sacs near their genitals.

Efforts to reintroduce beavers began in earnest five years ago after a small group was found living along the River Otter near Exeter in southwest England. It’s believed the beavers had escaped from an animal park and government officials initially threatened to kill them.

A public outcry ensued and the Devon Wildlife Trust was given permission to start a project to see whether the beavers could be successfully reintroduced.

The trust trapped the group – which included two pairs of breeding adults – and gave them a health check before releasing them in sections along the river bank. A team of scientists from the University of Exeter began tracking them and found they wasted little time building dams and procreating.

A total of 28 dams have now been built in the area, some measuring nearly two metres high, and the blockages have impeded roughly two kilometres of waterways, the study found. The population has also jumped to at least eight breeding pairs, although the actual figure could be higher.

The scientists said the beavers have helped reduce the risk of flooding by slowing the flow of water in some areas by as much as 30 per cent. That could be critical given that many homes along the river have been hit with 166 flood alerts and warnings in the past decade. “This research provides strong evidence for the role that beavers could play in reducing flood risk at a catchment scale, even during prolonged wet periods,” the study said.

The beavers have also regenerated wetlands and increased fish stocks. The researchers found 37 per cent more fish in pools created by the beavers than in sections of the river that had no dams. And there have been no indications that the beavers have spread diseases that could harm farm animals.

The local economy has also seen big benefits as a result of the beavers. The study found that up to 30,000 people visited the area during some summer months to catch a glimpse of the rodents. That has boosted revenues for several restaurants and hotels, and one entrepreneur has even launched a beer called Beaver Bitter.

There have been some drawbacks. Five farms have been partly flooded and one farmer lost a small amount of potatoes. And while opinion polls show that up to 86 per cent of the overall population support the release of beavers, just 46 per cent of farmers back the idea and 42 per cent are opposed.

Nonetheless, Richard Brazier, who led the study, said the beavers have been worth it. “Following five years of detailed research work, the report concludes that the positive impacts of beavers outweighed the negatives,” he said.

The government had been waiting for the report to decide whether to expand the release program. The Department for Environment, Food and Rural Affairs, or Defra, has extended the Devon Wildlife project for another six months to give officials time to study the findings.

“Beavers are the ultimate keystone species,” he told Parliament recently referring to animals that alter ecosystems. “Science is only beginning to understand how that simple species has such a magnificent and transformative impact on the natural world.”

Beavers may have contributed to fatal train derailment in northern Manitoba: TSB
September 19, 2018 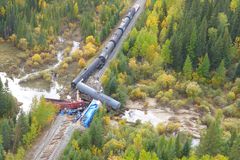 Feds to pause killing of beavers after threat of lawsuit
January 10, 2018 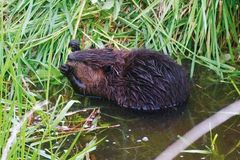 B.C. residents call on Parks Canada to consider other options, not kill beavers
November 13, 2017
Follow Paul Waldie on Twitter @PwaldieGLOBE
Report an error Editorial code of conduct
Due to technical reasons, we have temporarily removed commenting from our articles. We hope to have this fixed soon. Thank you for your patience. If you are looking to give feedback on our new site, please send it along to feedback@globeandmail.com. If you want to write a letter to the editor, please forward to letters@globeandmail.com.
Comments