A study in Britain of nine entertainment events – including three big soccer matches, a business conference, a music festival and two nightclub gigs – found that they produced just 28 cases of COVID-19 out of 58,000 total spectators and led to no significant community outbreaks.

“The bottom line is that audiences felt safe, the numbers were relatively low in terms of [COVID-19] cases and the audiences had a great time,” said study co-author Iain Buchan, chair of public health and clinical informatics at the University of Liverpool. “The important information is there were no major outbreaks.”

The study, called the Events Research Programme, was commissioned by the government as part of its preparation to remove all COVID-19 restrictions.

Prime Minister Boris Johnson has been gradually lifting limits on social movements in recent weeks, but further easing has been paused until July 19 because of a surge in cases of the Delta variant, first found in India. The total number of Delta infections has increased by 46 per cent in the past week to 111,157.

The ERP study looked at a cross-section of events including the World Snooker Championship, which were held over two weeks in late April in Sheffield, England, and soccer’s FA Cup Final at London’s Wembley Stadium on May 15. Spectators took PCR tests before each event and several days afterwards. Researchers installed cameras to watch how people moved throughout the venues, and they also monitored ventilation systems to check the airflow in locations where people gathered.

The Snooker Championship yielded six COVID-19 cases from more than 10,000 fans. There were six cases from the FA Cup Final, which had 19,000 spectators. The highest number of cases – 10 – occurred at the Circus nightclub in Liverpool, which hosted around 7,000 people over two nights in May. No face masks were worn at any of the events and there were no rules concerning physical distancing.

Of the 28 cases in total, researchers said 11 people were likely infected before the event and 17 were potentially infected at the venue or later. Dr. Buchan said a further study of 12 positive cases from the events held in Liverpool found that eight were likely infected afterward. It wasn’t clear whether they all contracted the disease at the venue since four knew each other and mixed socially. “They could have contacted it outside the event,” he said.

Paul Monks, the chief scientific adviser at the Department for Business, Energy and Industrial Strategy, said the overall infection rate reflected the prevalence of COVID-19 in the community at the time of the events. “The reassurance is that it’s not that different to what you would have got with or without the event,” he said. “But that’s a measure of the level of prevalence and the protection protocols that we have in place.”

The researchers are continuing their work and plan to study larger events and more indoor venues in the coming weeks. They will also examine the practicality of vaccine certificates. The latest study found that roughly 75 per cent of spectators said they would accept having to carry some kind of certification, but the research also showed that any mandatory requirement for testing could hurt organizers by dampening ticket sales.

The study recommended that stadium and theatre owners consider better ways of managing high-risk pinch points, where spectators gather in large crowds, such as in corridors and near concession stands. They also suggested staggering the entries and exits of fans, although they recognized that this could increase costs for organizers.

The next big test for the researchers will be the semi-finals and finals of soccer’s Euro 2020, to be held at Wembley in July. The government has allowed more than 60,000 fans to attend each game, or roughly 75 per cent of the stadium’s capacity.

Tom Rodden, the chief scientific adviser at the department for Digital, Culture, Media and Sports, wouldn’t comment on whether the games can be made entirely COVID-19 secure. However, he said the ERP findings will help guide the organizers and public-health officials. “What we’ve demonstrated here is that we can identify risks and we can balance those risks. That has fed into the decisions in and around handling, and increasing, capacities at all of our events. … With a strong partnership between public health, attendees and the event organizers, [those events] can readily go on safely.”

The global COVID-19 vaccine gap: Eight charts on the race to inoculate the world
June 28, 2021 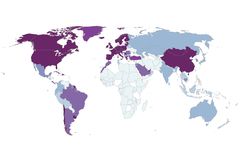 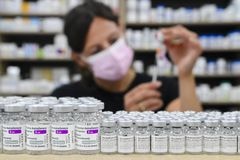 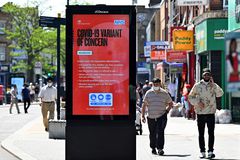