Sunni businessman Samir Khatib looks set to be nominated as Lebanon’s next prime minister when consultations with lawmakers to name a premier are held on Monday, political sources said on Wednesday.

More than a month since Saad al-Hariri quit as prime minister, prompted by protests against the ruling elite, President Michel Aoun scheduled the binding consultations with MPs to designate the new premier on Monday.

Lebanon is deep in the throes of an economic crisis that has shaken confidence in the country’s banks and worsened since the protests erupted on Oct. 17. It needs a new government to enact urgent reforms to get the economy back on track.

Lawmakers from the Future Movement, which is headed by Sunni politician Hariri, as well as powerful Shi’ite groups Hezbollah and Amal are all expected to back him at the consultations, sources familiar with their positions said.

With the support of Lebanon’s main Sunni and Shi’ite Muslim political forces and no other declared candidate so far, Khatib appeared under the current circumstances likely to win the nomination.

Several hundred protesters blocked one side of a main roadway in central Beirut following Aoun’s call for consultations. Some protesters have rejected Khatib’s candidacy and consider him part of an elite they have sought to oust.

Hariri said last week that he did not wish to return as prime minister of a new government, which will face the worst economic crisis since the 1975-90 civil war.

Efforts to agree a new government have been mired in political differences between Hariri, who is aligned with Western and Gulf Arab states, and the Iran-backed Hezbollah and its allies, including Aoun.

Hezbollah, which had more influence in the Hariri-led cabinet than any previous administration, has accused the United States of meddling in the formation of a new Lebanese government. It had backed Hariri’s return.

Hariri had been willing to return as prime minister but on condition he could lead a cabinet of expert ministers he believed would be best placed to steer Lebanon out of crisis, win international support, and satisfy protesters.

But Hezbollah and its allies, including Aoun, had insisted the cabinet be a mix of technocrats and politicians.

Hariri said on Tuesday that he backed Khatib to head the next cabinet but added that “some details” still had to be hashed out. He said his party would only name technocrats as ministers.

Aoun is constitutionally required to designate the candidate with the greatest support among Lebanon’s 128 lawmakers. The prime minister must be a Sunni Muslim according to Lebanon’s sectarian system of government.

Ali Hassan Khalil, a senior figure in Amal, told reporters the government would most likely comprise 24 ministers and it would be up to each party to name a political representative in the cabinet or not.

Khatib’s candidacy appeared to suffer a setback earlier on Wednesday when three former prime ministers criticized the talks around Khatib, saying they had violated the constitution. The former ministers have supported Hariri’s return.

Khatib is executive vice-president and partner of Khatib & Alami, a construction and contracting business with projects in countries including Saudi Arabia, the United Arab Emirates, Qatar and North Africa, according to its website.

He has no track record in Lebanon’s sectarian politics but is known to have good ties with many of the main parties, including Saad al-Hariri and his late father, Rafik, who was assassinated in 2005.

His daughter is married to Major General Abbas Ibrahim, the Shi’ite head of Lebanon’s most powerful internal security agency, General Security. He is seen to have good ties with Lebanon’s main parties and Arab countries.

He is also seen as well-connected in the Arab world. 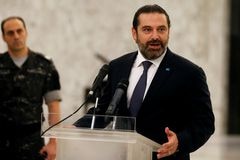 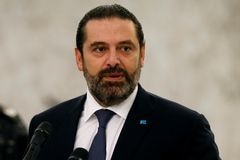 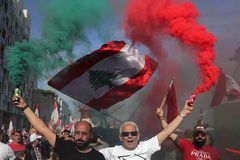